Ten years in radio – and how advertising has changed 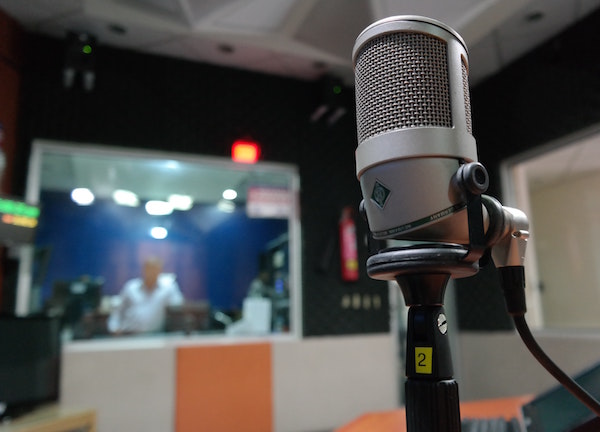 When Ultimate Media was born 10 years ago, the radio industry was quite a different place than it is today. Most radio stations had just come off a record revenue year inspired by the 2010 FIFA World Cup. As a result, staff complements at stations were healthy and skill levels were high. As were the expensive overheads that come with running a radio station.

The media agency world was also a different place back then. Revenue wasn’t being squeezed as tightly as it is today and clients, in general, were less demanding on campaign measurement and accountability (procurement wasn’t yet running the show).

When it came to creating radio campaigns, brands hadn’t yet discovered the power of content marketing and storytelling, of building campaigns around the brand’s message. As a result, brands were still happy just to attach their names to campaigns that primarily drove station objectives.

For all of these reasons most people in the industry couldn’t see what gap Ultimate Media was trying to fill. Why use a third party when agency and radio station can come up with a solution without incurring any additional fees?

Clients and agencies saw the immense power of non-traditional radio advertising but whenever they tried to run campaigns on a national basis, they kept encountering the same problems: multiple reps for multiple stations and solutions that delivered on the station’s objective, rather than the brand’s.

The agency would brief four different radio reps, in itself a major schlep. If all four even responded on time, the strategist would end up with four completely different concepts on their desk. Plus, there would be no measurability built in and even if the strategist and client managed to get around all of these obstacles there was a good chance that the campaign would bomb at implementation stage.

It was a strategist’s biggest nightmare to have to trouble shoot campaign problems with four different radio groups. The upshot is that client perceived the campaign to have failed and they put their spend into the less powerful 30-second generic spot the next time, that’s if they even kept radio on the schedule.

There was a gap for Ultimate Media to fill. That gap was to uncomplicate radio advertising. To take the schlep out of doing radio, a one-stop shop where clients could access all the creative, commercial and implementation skills they would expect to get at a radio station.

In fact, from early days we referred to ourselves as the radio station without the radio station” says Pippa Raphaely-Walls, sirector at Ultimate Media. “We knew what that meant because we had all previously worked for radio stations. For clients, it was all the good stuff without the hassle. Top quality radio ideas, world class implementation and 100% accountability.’

“We didn’t plan it that way” says Shelley Viljoen, director, “we fully intended to one day get an office. But every year when we thought about it, the cons outweighed the pros. The cost, the travel time and the danger of returning to the time-wasting and inefficient corporate culture that we had all escaped from. Most of all, it was our staff who resisted an office. They are all highly experienced experts, most of whom have worked at radio stations. They’re done with corporate. What attracted them to Ultimate was the freedom to balance their lives, to go to their kids’ swimming lessons when they wanted to, to work based on output, not on hours.”

To become the one stop radio shop, to be the radio station without the radio station Ultimate Media had to recruit the highest quality staff. “It was easily our most important priority” says Viljoen. “Our product is our quality, that’s all we have, that’s what clients are prepared to pay a 3rd party fee for. It’s a virtuous circle. Employ only the best and, pretty soon, your company becomes a magnet for other excellent individuals. Excellence attracts excellence.”

The proof is in the pudding. Ultimate Media has conceptualized and managed at least 500 different radio campaigns across multiple stations (commercial, African Language and community) and in multiple languages, working with hundreds of top brands and with nearly all of the major media agencies. Success stories are the order of the day, as evidenced by the significant repeat business from many clients. Perhaps the most legendary campaign of all was when, over Christmas 2017, they conceptualised and managed a radio campaign for Coca Cola across 27 different radio stations. The same concept was flighted on every station irrespective of language and format. The cherry on top was that Ultimate managed the delivery of over 1500 individual prizes over the festive season to every location imaginable in South Africa.

It’s about results. It’s always about results. We keep our concept ideas simple and we make sure the listener’s engagement with the brand is meaningful. Once you do both of those things results come easy.”

It’s also about innovation. “Advertisers are way more demanding of radio than they were 10 years ago. So, you have to innovate” says John walls, managing director. “All of our campaigns will integrate an ever-expanding bouquet of digital and social channels in order to amplify the messaging.

“This is going to be the decade of the audio strategy for brands. There’s a listening revolution happening, driven through the ease of consuming audio through our digital devices. Listeners are still consuming traditional broadcast radio but now they’ve also added podcasts and music streaming to their mix. Brands need an audio strategy if they want to insert themselves into their target consumer’s ears, irrespective of what audio they are consuming. They need to do it at the best rate, with the most effective buy. The beauty of combining broadcast and digital audio is that you can make a budget stretch significantly longer… integrating promotional spikes on radio with an always-on presence on digital audio.

According to Walls, most brands are unsure of how to approach the creation of an audio strategy. “That’s our focus as we begin our second decade. To help brands and media agencies navigate the exploding phenomenon of audio. It can be complicated but, as we’ve done for the past 10 years, our job is to make audio advertising easy for our clients.”

Simon Parkinson is founder and director of Ultimate Media. After working for many years for various radio stations he have decided to take his radio experience to clients, the advertisers. His aim has always been and will continue to be creating solutions for advertisers – great radio which is real and stands out for the advertiser and listener. Ultimate Media specialises in creating out of the box creative commercial radio solutions that incorporate social media leverage. They work for advertisers and focus on generating greater ROI.