Why the media was right to cover the Nkandla tea party 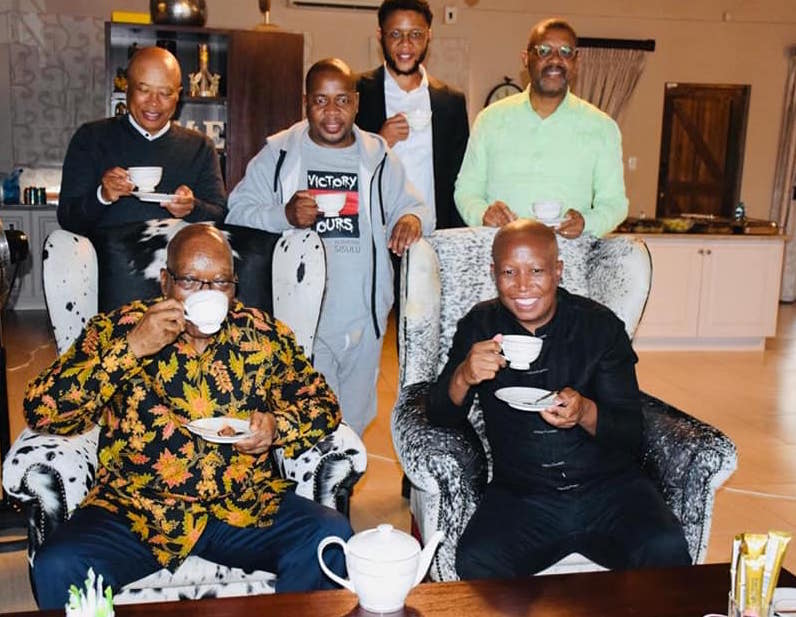 Zuma’s acceptance of Malema’s overture, and the ensuing tea party at Nkandla, took the story from counter-intuitive online commentary to real-life spectacle.

It is certainly a remarkable story. Let’s not forget that Julius Malema is a former Youth League President who once said he’d “Kill for Zuma”. A few years later, after leaving the ANC, Malema mounted a disruptive ‘Stop Zuma’ campaign from the opposition benches in Parliament. Malema’s offer to break bread with his on-again, off-again nemesis was newsworthy in and of itself; his entourage landing in a helicopter at Nkandla was the photo-op of the year.

And yet the media have taken flak for covering what many regard as a non-story. Why give Malema free coverage, when there are more important issues to worry about?

As one radio show host put it: “I didn’t realise media budgets were robust enough to send crews to hear about the sweetness of tea. How can a media-baiting entity bait the media so successfully, so openly & so consistently…?”

These are important questions. But it isn’t hard to see why journalists would want to cover the latest instalment of the Zuma-Malema show. Because the media, like the audiences they sell content to, are driven by conflict. Everybody loves the melodrama, even if they don’t like to admit it.

Media theorists have long grappled with the question of whether the media passively reflects society or actively shapes it. The answer, probably, is that both are true: our fascination with conflict is fed by the media, which in turn, leaves us wanting more. And so it goes on, in a never-ending and mutually-reinforcing spiral.

It would be superficial, however, to write off the events at Nkandla as mere political soap opera. Jacob Zuma is accused of corruption on a grand scale and, this week, openly defied an order of the Constitutional Court.

The former President’s constitutional recalcitrance is an issue that could irrevocably split the governing party, and – in turn – fundamentally realign South African politics. The EFF’s visit to Nkandla is important because it offers clues as to where Malema and his band of extremists will end up in a recalibrated political landscape.

The Nkandla visit, and wall-to-wall coverage of it, is no doubt frustrating to those who feel left out of the conversation. As one political operative put it: “Parties that do actual good work are censored by non-coverage every day simply because they’re not a crass spectacle.”

He has a point, of course. There are people out there working hard to make a difference in this country and they deserve recognition for that. But, if one wants to be covered in the media, the trick is to understand what drives the news agenda and to harness it in your favour.

* Opinions expressed in posts published on The Media Online are not necessarily those of Arena Africa or the editor but contribute to the diversity of voices in South Africa.

Gavin Davis is CEO of Resolve Communications, a specialist public relations and public affairs agency with offices in Cape Town and Johannesburg.