How can brands earn a piece of the attention economy pie?

Posted By: Charis Apelgren-Colemanon: May 11, 2021In: Media business
Print Email 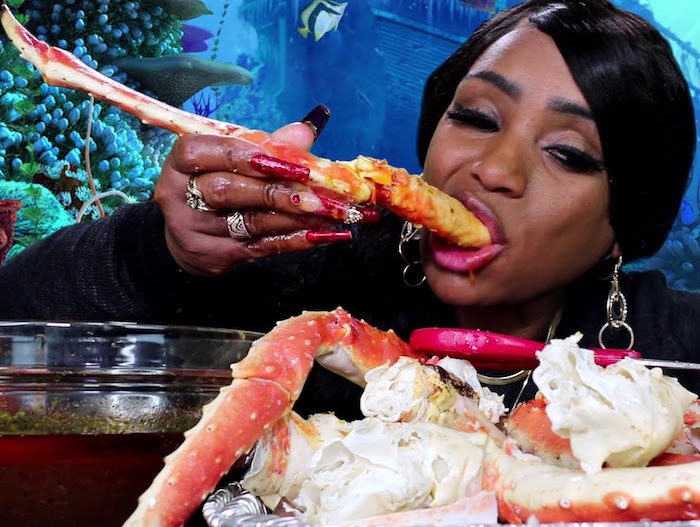 The attention economy impacts on our time, our mental health, and the ways we communicate. That’s all great to know, but how can brands earn a piece of the attention pie in an age flooded by brands vying for the same eyes, minds, and hearts.

On 5 May, I took part in a Future of Media panel where my fellow panelists and I discussed the attention economy and what brands should be doing to break through the endless content noise.

A big focus should be talkability – the ability to motivate consumers to discuss and share news, marketing, and other information about your brand.

Fact, the average attention span for humans is only eight seconds, so attention is a hot commodity.  Digital products are competing for users’ limited attention.

I am quite ashamed to say that I spent 11 minutes watching a woman eat a giant crab… and enjoyed it. The video, by the way, has eight-million views.

The modern economy increasingly revolves around the human attention span and how products capture that attention. What brand managers, content developers, agencies – anyone in charge of content marketing – should be asking, is how to engage consumers so that you can stimulate more natural conversations in specific communities. More importantly, how to do this in a credible way?

In 2020 a nine-year-old made $29.5-million from his YouTube channel, reviewing toys. Netflix has paid subscribers worldwide who contribute $207.64-million to their coffers, as of the first quarter of 2021.

Last year, the average internet user spent two hours, 24 minutes daily on social media and it is predicted that we will see that increase by an hour this year.

I could go on listing businesses, brands, and people who have figured out that attention is not only a valuable resource, but also a currency, and it is this attention economy that has turned humans into products to be bought and sold.

When we think of attention economics, brands must entice users to volunteer their attention and spend money. It is also one of the most valuable resources of the digital age.

Publishers use eye-catching animations that call attention to the content. Sites send out frequent notifications with the goal of boosting engagement.

Of course, there is a negative side to this. There is an abundance of information out there and because of that, businesses are fighting for our attention. Netflix said last year that they had two big competitors – YouTube and sleep. Who needs sleep when there are eight episodes of Bridgerton to watch in one sitting?

Whether we want to or not, we’re participating in the attention economy every day. Every time you pick up your phone, turn on a screen, or open an app, you are for sale. We’re using technology that’s designed to be addictive. Your phone has features that were designed specifically to keep you actively engaged. Infinite scroll on Facebook and Instagram or automatic sound on YouTube are designed to increase the likelihood of keeping our attention once we’re in. News headlines are not designed to inform us. They’re designed to get us to click.

What can brands do to drive the quantity and quality of consumer conversation – offline and online?

Influence and measure the conversations about your brand

We use insights to influence the events we put out as well as insights to help clients build successful campaigns that their target market will engage in and convert into leads.

We do this through surveys, polls, and data mining with a data management platform. The brands are able to build their own audiences based on poll data, surf behaviour, form data or any other sources. We also use an ORM tool to measure brand reach and sentiment on social media.

The stations are focused on understanding who we are speaking to, where they are consuming our content, and how to convert them into loyal listeners and brand ambassadors.

In today’s economy, there is no way to grab and hold attention without creating highly attractive content. East Coast Radio and Jacaranda FM do sticky content well, this is why we are in the top three most visited radio station websites in South Africa (Naratiive April 2021) and why both brands have loyal listenership. Gamification is another one of our secret weapons. Polls and quizzes increase time on site and boost page impressions. The brands know how to jump on trending topics and turn them into engaging content.

Last year, when the song Jerusalema became a global way to unite people, East Coast Radio personalities, Danny and Tee, created a dance tutorial video to engage with listeners and social media users. The video is not heavily branded, it is not scripted or edited like a movie. It’s real and natural. We were not aiming to ‘go viral’ or ‘trend’, as you hear. The interest was real and because of that, the video has had more than one-million views on Facebook – with no paid promotion.

In 2019, Jacaranda FM held the record for the most podcast downloads on Iono FM, in a single day. The Breakfast with Martin podcast, Johan de Jonge’s wife speaks out after viral anti-Springbok video, had more than 110 000 downloads. Again, it was not some award-winning editing behind it or paid promotion. Martin and team took a real story and created talkability on-air and online with it.

Jacaranda FM is helping to introduce more people to podcasting, or on-demand audio, by steadily growing its audio content on its website, and there are plans within Kagiso Media Radio to develop more content verticals to speak to different niches.

Create campaigns that align with your brand but don’t be afraid to be innovative and sometimes controversial.

Last week, East Coast Radio’s breakfast show spoke about cash-in-transit driver Leo Prinsloo’s bravery during a shocking attempted heist. The team went a step further and gave Prinsloo their “stamp of approval” as the star of the week and also created a parody video. Darren Maule and Sky Tshabalala decided to recreate the scene with a parody video as an ode to the courageous CIT officers all over the world, but most importantly to Leo and his colleague, Lloyd Mthombeni.

The video is controversial and has mixed reviews, but it’s out there and as one colleague of mine said: “Yeah, it makes light of the situation, but at the same time it also keeps the conversation around these guys going. They risk their lives for peanuts and now they have a voice thanks to the original video and subsequent social media storm. Also, comedy isn’t supposed to appease people, one of its purposes is to push the norm.”

Creativity leads to more exposure. Something I picked up while trawling the internet was a quote by David Ogilvy: “Effective campaigns are those that enter the currency of conversation.” Emotive campaigns outsell informative campaigns. In 2020, Jacaranda FM listeners donated a record R3.6-million to farming communities in the Free State.

What started out as an interview with Martin Bester and Springbok legend Bakkies Botha, soon turned into a community campaign as listeners and the station rallied together to support Bakkies’ appeal for a convoy of trucks, loaded with fodder and feed for cattle and livestock, that could be brought to safety.

Keeping customers informed, connected, and cared for is the biggest challenge businesses are facing. If Covid-19 has taught us anything, it is to be agile and adapt with the consumer. Meet them where they are, give them real stories to talk about, and make an impact.

Both brands understand that even if the new normal is to be changed in the future, good content and a good experience will always be the key drivers of engagement.