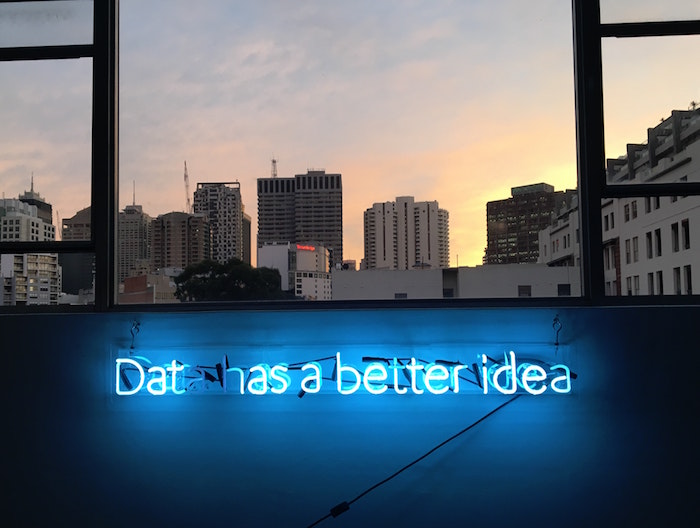 An Acumen Media Report over 30 days by Tonya Khoury.

I read how the Daily Maverick dropped files on the instigators according to a social media study. And the statistician in me can’t let it go. There’s a saying in our industry, “Stats will do what you want them to. Stats will change your point of view”. We don’t tell you that, we assume you understand that already. That’s a big mistake.

I’ve been doing these reports for years; the weekly review is just an interpretation of the statistics generated by our ‘clever machine’. “Data is only valuable if it is interpreted accurately”. That’s our message to market and never has it been more prevalent than it is today in the hunt for the #InstigatorsOfTheInsurrection. (Sounds like a terrible movie title, right?)

I put the names through the machine, and I picked three, the three all of us know about. Every single social media user knows exactly who the big names implicated in the social media call to arms. That doesn’t take a statistician, it takes a layman. #DuduzaneZuma #DuduzileZuma and #NgizweMchunu. You know it, I know it, but it appears the government doesn’t know it.

Here are the facts accumulated over a 30-day period, validated by a machine and scrutinised by a human being who knows how to read it the data.

A closer scrutiny of the Daily Maverick study reveals that the brief was wrong, resulting in an analysis of a set of bots (computer generated social media users) rather than who those bots used to spread the message. Isn’t it more fitting to measure the impact of the main voices of the insurrection within the social media space?

Over a 30-day period #DuduzaneZuma was mentioned more times than both of the other influential voices combined.

There were two massive peaks making mention of #duduzane. Both are in the build-up to the imprisonment of #Zuma, followed by a consistent wave of conversation before the insurrection and finally building up to another peak during it.

#DuduzileZuma peaked mid-July following her comments on #zumaArrest, and her constant narrative of hotspots for looting. However, she wasn’t half as loud as #Duduzane’s presence. #Mchunu is seen peaking just prior to all hell breaking loose, and then his narrative closely follows #Duduzane after the attempted coup fails. You’ll see that his name has recently started to rise again, largely due to the bail hearing where he was named a flight risk.

This story is a global one and Duduzane Zuma (in black) takes over the whole of the African continent and a great chunk of the western world. This was not a local story.

If we look at South Africa in isolation, so much of this conversation was not even in KwaZulu-Natal? Why? Who were those people in Cape Town and Gauteng that made so much noise?  We can answer that.

Here’s the snapshot of Gauteng; what if I told you, we could tell you what was posted in these areas? We can!

So now we know who had the loudest voice and we also know when their names were used and where. The next question is, what influence didthey have? The answer is an enormous influence, about a 4:1 return, so in a nutshell, for every post that went up at least four people said something in return. This gives us a composite of social media conversation that results in almost one million responses.

#DuduzaneZuma got the largest response and #Mchunu managed to get at least three people to react to every mention.

When we put these side by side, we see a fascinating thing: #duduzanezuma, with more posts, has a very relative engagement to #Mchunu. So in other words, despite the fact that his name was used less, he had a very high impact.

At Acumen each of these can be opened and read to the granular line and I have included one more interesting chart to show you how effective this is.  Here you can see which ‘bio’ was making the most noise (a ‘bio’ is the name on the account) and what it was that they said.  Surely some of these are those ‘elusive’ instigators?

Thanks for indulging my insights report but I suppose we should get back to the weekly report. I want to talk about the #CovidVaccine. I’m going to use my own personal experience, take it as you wish.

My mom and I were unwell about five weeks ago. This was after we stood in a busy line to get Mom’s first Pfizer shot. A hotspot for wellness and a hotspot for illness.  So there we were after Mom’s jab and we had sore throats, headaches, chills and body pains. We hoped for the best but feared the worst. We did the right thing, we went and got tested. We were given a dose of antibiotics and sent on our way. Two days later the results came back as negative, we were happy! #NoDeltaVariant.

We felt better in about a week, but I couldn’t shake the fatigue and the sore throat. The symptoms were weird; they would be here one day and gone the next. Then a week ago, we heard that the vaccines were in town (I live in a rural community, so we use grapevine communications, no notification was given). I went because I heard that they had the #JnJvaccine and, for some unknown reason, I had this perception it was the Rolls Royce of vaccines – and it was only one shot. Couple this with the fact that my best friend has moved overseas and I’m fully intent on seeing her lovely face again, so my brain said, “Sign me up” and I ran with it.

I had the jab and a fun day out with all the Gogos and Nellie. I had this national pride thing going in my head, “you’re doing the right thing” and a cheeky thought that I might be able to see my mate sooner than she imagines. I walked into the hall with a smile.

Both of Nellie and I were good for a couple of days and then it hit us: fatigue that I had felt once before (during first wave when I didn’t go for a test), a fatigue that lulls you to sleep in an instant, without a second thought of the implications; headache; sore(er) throat, body aches, nausea, upset tummy and a headache that death metal would be proud of. Today is day eight and I went to the doc, mainly because of the sore throat. Another set of antibiotics and a result that said, “girlfriend, you’re brave to have taken it when you weren’t so well – be kind to yourself.”

#DigitalVibes #ZweliMkhize and whoever our #HealthMinister is now, I have some questions; they are simple ones, so I’m sure you can help. After checking reputable news sites, we are told that some of us will get symptoms from the vaccine but we’re unlikely to die. (A bit like Covid? What are the odds here?  ‘Unlikely’ doesn’t make me feel so confident). If you have had Covid-19 and you didn’t get tested (like most of the nation) how long should you wait before being vaccinated? Is it likely that the BCR tests are not accurate, specifically when testing for the #DeltaVariant? Do we need boosters for this variant as they are saying in the UK, USA and other Western countries?

The government keeps banging on about #VaccineHesitancy, but there is a reason for it. It is making us sick, and we have so many unanswered questions. A pressing question is, if these vaccines are effective how long does the efficacy last?  We are hearing (again from reputable sources) that the #JnJVaccine doesn’t last very long. What does that mean? You see Mr President, we are willing, we stand in the queues, and we trust you, so please just answer these simple questions and even if you respond with “I don’t know” then that is also an answer. I’m sure we actually don’t know these answers and by admitting that you will demystify what we are experiencing.

Another thing Mr President, did you really miss the opportunity for a #CabinetReshuffle?  Why haven’t you culled the rot? You have the perfect opportunity; please tell me you are brave and strong enough to still do it. I was so hoping our resounding response of #StrongerTogether and #ThisISUs was so very loud.  #WeWillNotBePlayed was deafening and we took to the streets to clean up what happened to show you our allegiance.  You called it, YOU said it was an #Insurrection, and we agreed wholeheartedly, please act on it. Don’t pay attention to bots, look at who bought them.