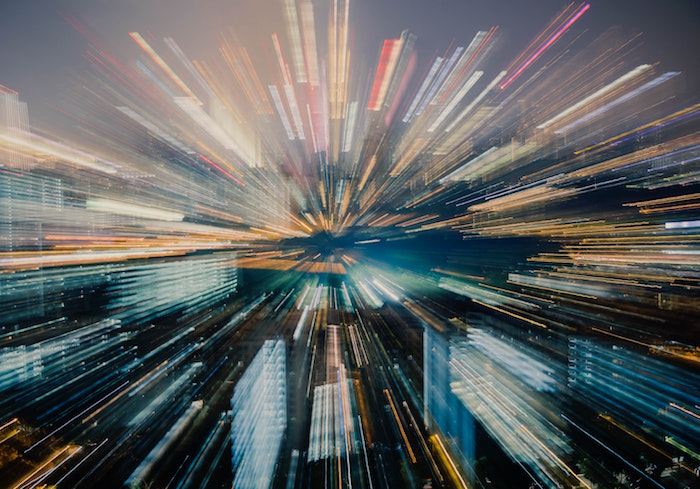 Don’t look now but there’s a new sickness on the horizon that is going to be even more devastating than Covid-19, looting and state capture.

Seriously, communication is going to be the death of us if we don’t watch out. Companies are going to have to start seriously implementing procedures to prevent employees from burning out in their early 20s. Because we simply cannot go on like this. I don’t think we were ever meant to.

Let me demonstrate what I am getting at.

My mother-in-law will probably live to 100 because unlike that youngster in the outer reaches of KwaZulu-Natal who owns a cellphone and does his banking at an ATM, she gets into her car to go and draw money to drive about paying her accounts. She doesn’t have a cellphone or even an answering machine. She is not remotely interested in recording programmes and in fact, doesn’t much watch DStv because she’s so used to SABC 1,2 and 3 on the remote.

She writes letters to her daughter on paper and posts them. She prefers it if we print out email replies and give her the piece of paper to read.

I, on the other hand, do everything by cellphone and email via ultra-high speed modems that connect to the internet in less than a heartbeat. Everything happens quickly and efficiently.

Unlike my mother in law, I don’t go to the bank anymore. I don’t seem to have the time to get in the car, look for parking and stand in a queue chatting to fellow man and woman.

I do it all over the net and if it takes more than two minutes to do my monthly banking chores I get as irritable as hell.

And, unlike my mother-in law, I wonder why time is flying by so fast.

Admit it, you’ve also been very much aware that the years are going by in  a flash. And it’s not because you’re getting old because your kids are also beginning to complain about tempus fugitting at an incredible rate of knots.

And it can’t possibly be good for us. Because even when we go on holiday the ubiquitous cellphone and laptop are so readily at hand it is almost impossible to resist the temptation to check what’s going on.

I can’t even go to the lavatory in peace without taking my cellphone just to avoid having to call someone back to set something up.

And I am not alone. This is the way of the world.

So, in addition to the myriad other challenges business has to face, we are going to have to come to grips with this dangerous phenomenon because we’re getting to the point of doing business so quickly that we’re beginning to look like that movie comedian hanging onto the back of the train with his legs pounding away in a blur.

But just what is the answer? It’s not a simple one, that’s for sure.

Because communication is like a drug. It gets to become a habit that is almost impossible to break.

And no company can expect its employees to look after themselves when it comes to taking a break from what has become a completely frenetic almost hysterical rat race.

They’re going to have to insist on frequent leave. Insist on laptops and cellphones being handed in before departure.

Am I beginning so sound a little hysterical about all this? I hope so, because business has a nasty reputation for simply ignoring things like pandemics and anything else that is threatening, but which is always seen as someone else’s problem.

This painful new disease called speed of communication is our problem and it is going to bite us all in the bum before we know it.