The unsung heroes of the advertising mix 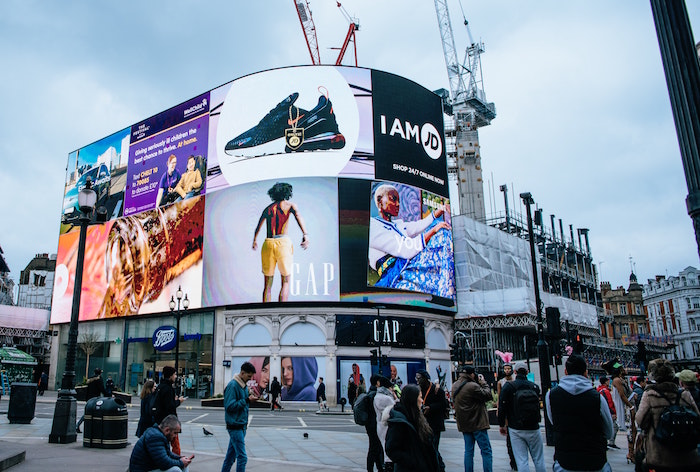 The power to persuade people, the ability to see around corners, lightning quick responses, a computer like intellect for analysing data and predicting the future … sounds like the skills of a blockbuster superhero about to take on the world, right? Wrong, they are the skills of another even more powerful profiler of people and captain of culture – the media buyer.

On paper, a media buyer negotiates, purchases and monitors advertising space and airtime on behalf of their client. But, remember that TV advert with the puppy that made you cry so much you went and got your own pups that food? The banner ad that popped up on Google telling you that those jeans you’re wearing right now were on sale? The electronic billboard you drove past at lunch time just as you were feeling peckish? That messaging you saw at precisely the right time, influencing you to buy those particular products was in fact the plan of a media mastermind, who knew exactly what you would be looking at and when you would see it.

They were also pretty confident you would make that purchase decision and probably share it with your friends too. Because, that is what a media buyer does.

Perhaps we should unpack the world of media first. A couple of decades ago, the media landscape looked decidedly different to today’s one. Television, radio, newspaper and billboards were the dominating media platforms and the internet was just an information tool.

Fast forward to 2021, and there are an estimated 4.33 billion social media users around the world equating to more than 55% of the total global population. To put that into perspective, there are an average of 16½ new users every single second and they’re estimated to encounter between 6 000 to 10 000 ads every single day.

So, with traditional media which includes all communication before the internet, and new media which includes internet and social platforms, the role of the media buyer is suddenly not quite that cut and dried. It’s essentially like playing hide and go seek in a small room, versus a vast warehouse – the consumers are there, but they’ve got far more places to hide.

A media buyer has to have their finger on the pulse of today’s extremely diverse consumer audience. Assigning value to brands in this digital era and who that value accrues to in terms of consumers is key, and becomes more complex and interconnected by the second.

In South Africa, this is made even more complex by the diversity of our population. But it also makes the media buyer’s role that much more interesting and relevant. Their job begins weeks, maybe even months, before the media placement is bought.

It becomes about having an inherent understanding of trends, buying patterns, research into types of consumers, their diverse cultures, digital vs traditional platforms and who is using these, intuition on how to get consumers to act the way brands want them to act and the ability to intercept these consumers when they’re at their most susceptible.

Left brain meets right brain and a match is made

Media buying really offers the best of both worlds in terms of creativity and data analytics. Finding the sweet spot where magic and logic meet is where the world of media buying comes alive. Because there are so many factors that determine consumer connection and touch points, the ability to blend influence with analytics becomes crucial.

Ultimately, brands are trusting media buyers to invest, on their behalf, in a few seconds of inventory – but those seconds are critical. Brands expect a return on investment and it is up to the media buyer to be the catalyst for that expected return. Their value also has the potential to become gold for brands in terms of benchmarks and future placements.

The world is your playground

There are multiple skill sets required to make it in media buying. Although the nitty gritty around media practices can be taught, inherent curiosity, tenacity, agility and keen communication skills are necessary to truly take brands to new levels with consumers. A head for figures and data is important, as is the innate ability to be brave, assertive and problem solve on the fly.

A role as a media buyer can also open up many industry doors and is a great stepping stone into any industry. Whether marketing management, entrepreneurship, big corporate research or even nonprofit; from strategist, to behaviourist or communication specialist, the basic premise of understanding consumer response will set a media buyer in good stead for any career.

Once the South African market is understood it is a very easy jump into the global sphere where markets are far more homogenous and skills can be dovetailed within many different industries. Media buyers are in the best position to become an integral team member in any profession.

The most important thing to be cognisant of right now is that the pace of media buying and the nature of the industry waits for no man. It’s a case of move now and move fast. Or rest assured, your competition will get there first.