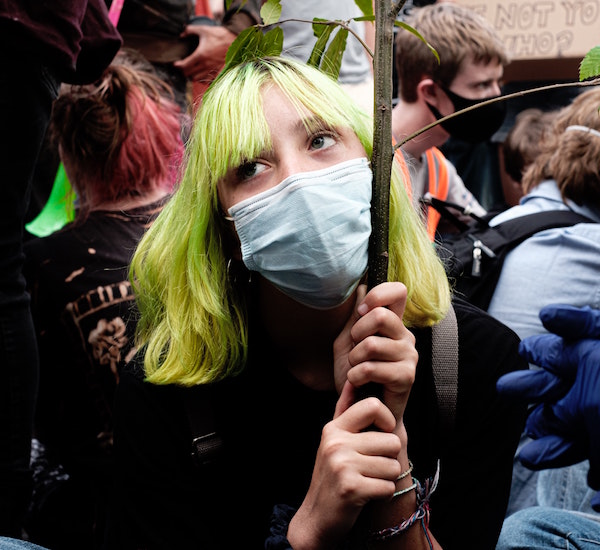 From caring for the environment, to how they treat their employees, to exceeding expectations and delivering better value, consumers want to see tangible action from brands/Unsplash

Arguably the last thing one would expect an ad guy to say, which is exactly why I am saying it.

Rather than more ads, we need more authenticity in our ads.

For years advertising involved little more than enhancing the appeal of a product or service in order for more people to purchase said product or service (remember when we thought smoking was glamorous?). A simplistic definition, yes, but whether it was cooking oil or cruise deals in the Carribean, advertising’s role was to paint a creative brush over it to make it as covetable as possible.

And for a long time it worked. From around the time Don Draper’s ad-man contemporaries first sold us inspiration, aspiration and desire, rather than just mere products and services, advertising became a modern art form in its own right.

It was going well – some still long for the “glory days” of advertising – and then digital everything happened. Then data happened. Then a global pandemic happened and forced a complete rethink.

Today’s consumers expect more from brands than ever before, and because digital channels allow for so much connection and transparency, brands have little choice but to ensure their offering aligns to who they claim to be, and deliver on what they promise. This kind of authenticity is fundamental to ensuring a brand’s credibility in 2021 and beyond.

A recent report by Fleishman Hillard titled The Power of Authenticity highlights that “knowing the right time to stand up, the right issue to champion and the right words to say is more complex than ever”. It’s also more important than ever, as the report also found that some “64% of consumers surveyed in this global report,  believe a company must talk about its behaviour and impact on society, and not just the customer benefits it offers”.

Advertising then has a key role to play – no, make that a responsibility – in ensuring that the campaigns and communications brands put out authentically align to what they claim to be and the promises they make. Today’s consumer is smart, savvy and well-informed, with a smartphone in their hands. There’s no room for whitewashing.

From caring for the environment, to how they treat their employees, to exceeding expectations and delivering better value, consumers want to see tangible action from brands and, as per the report, “they demand accountability, not the appearance of it … they want true authenticity”.

So yes, the onus is on brands to ensure their actions speak louder than their advertising. But there’s an opportunity for advertising too to create the gloriously creative content and campaigns that are their wheelhouse, but to do it in a way that is authentic and truly reflective of an organisation’s values and their role in society at large, not just in what they sell to their customers.

And ad people, let’s rejoice because the time for polishing turds is over. The savviest among us already know that authentic advertising is good for business, good for the consumer and good for the world. Let’s ensure our work speaks of empathy and services to encourage diversity, equity and inclusion.

Simon Spreckley is chief creative officer at Hoorah Digital. An early innovator in the South African digital community, he found success as the creative force within HelloComputer, where he led the team in developing some of the country’s most celebrated work as ECD. As CCO for Hoorah he is ultimately providing clients and partners with the optimum balance of performance and creative expertise, the very essence of which Hoorah has built its success from.