The odds and interests of sports audiences across South Africa 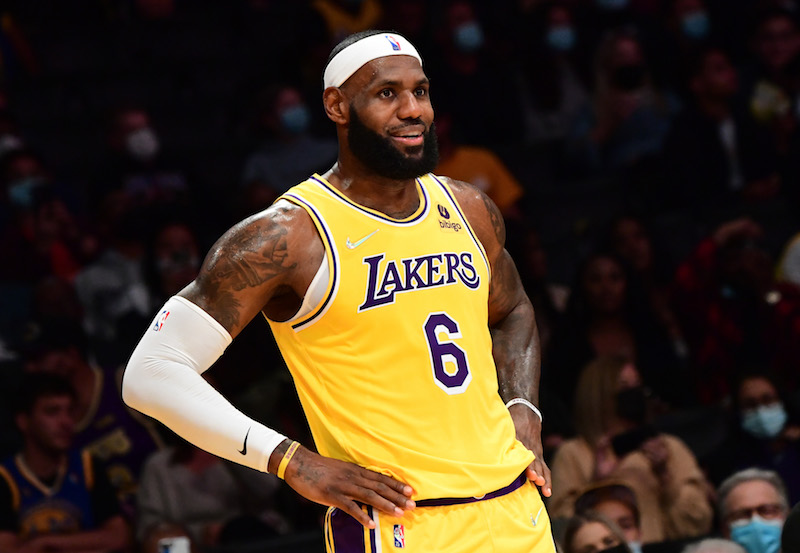 LeBron James, #6 of the Los Angeles Lakers smiles during a preseason game against the Golden State Warriors on October 12, 2021 at STAPLES Centre in Los Angeles/Photo by Adam Pantozzi/NBAE via Getty Images

It’s been an unusual year for sports, with many tournaments being delayed, the global pandemic leading several matchups to be played in empty stadiums and much creative thinking required from leagues and broadcasters to keep fans engaged while keeping players safe. Bringing America’s top sporting leagues as well as sports content from Europe and Africa to audiences across the continent, is a challenging and rewarding job, and in the past year, we’ve learnt a great deal.

In July 2020, DStv viewers welcomed ESPN and ESPN2, increasing our footprint to a potential 8,9 million homes in South Africa and 11,9 million across the rest of of the continent. This is over and above the channel availability on platforms such as Starsat, which operates in South African and several other African territories, as well as other affiliate networks.

Using South Africa as a case study, in the past year we have seen DStv audiences across both channels continue to show positive growth curves. Perhaps unsurprisingly for a sports channel, both ESPN destinations enjoy strong support from males (ESPN: 90%, ESPN 2: 84%), although family viewing is also increasing.

With the above taken into consideration, here are a few insights as we look back on an unprecedented year in sports programming:

A case study of sports viewing habits: The scheduling dilemma

One of the solutions we needed to find is the best scheduling approach that will enable viewers to enjoy the magic of watching a ‘live’ match, when such ‘live’ sometimes happens to be in the wee hours for us here in South Africa. Ensuring that we met audiences with their own unique viewing habits, we knew the importance of offering multiple opportunities to tune in: we’ve broadcast the live matches as they happen, but added repeats in timeslots that local audiences would consider more regular viewing hours.

Having said that, audiences in the early hours have shown remarkable growth. We have seen an approximate 50% increase (2021 vs 2020) in the 01:00 – 05:00 (CAT) time-band, which is the most popular for the live matches of the big American leagues such as NBA (basketball), NFL (American football) and MLB (baseball), depending on the time of year. In fact, NBA and NFL perform best during live fixtures, with our 14:00 (CAT) repeat slot for NFL also being very popular.

From the starting block, we knew that we would need to educate audiences on how some of the American sporting leagues work. Their codes are a lot more intricate which, when added with complexities like Eastern and Western conferences, playoffs and multi-game finals, can seem complicated. However, the old adage of never underestimating the sophistication of the audience has certainly rung true.

With impactful advertising, energetic publicity and creative social media drives being activated behind these leagues, African audiences have been quick to catch on, engage and celebrate their new-found favourites. Viewership for the PFL (Professional Fighters League, featuring Mixed Martial Arts) and MLB (Major League Baseball) have both shown exponential growth since the start of the season earlier this year. PFL grew in average viewership every month from April to July on ESPN2, yielding a 148% increase between Q2 and Q3 2021. MLB has seen a 336% increase in viewership between Q2 (start of the season) and Q3 in 2021 on ESPN 2. The NBA playoffs delivered significantly higher ratings than the regular season, another indicator that audiences are becoming more entrenched in the leagues.

This informs us that content is indeed king, and that great, heart-racing, nail-biting sporting action will always be a winning formula, regardless from which league it emanates. For example, the X Games California 2021, an extreme-sports championship featuring the likes of skateboarding and BMX bike tricks was the best performing title in the month of July on ESPN, with more average viewership than the Proteas’ vs Ireland ODI as well as the British and Irish Lions vs Stormers rugby game in the same week.

Properties like X Games and PFL provide audiences with sporting content that is a little more surprising, whilst still retaining those adrenalin-filled and entertaining qualities that ESPN’s programming is known for. We look forward to broadcastng the Slippery Stairs, Jelle’s Marble Runs, Stern Pinball Championships, US Air Guitar Championships, Pogopalooza (an action sport which involves riding and performing tricks on extreme pogo sticks), Minecraft: Battle of the Boroughs (online gaming) and other tremendously fun events this coming festive season.

Rugby has always been a popular pastime for many South African viewers, and while we don’t carry any of the local leagues on the channels, the Australian National Rugby League is featured exclusively on ESPN – also presenting us with a scheduling challenge as  the matches are played in a time zone up to 11-12 hours ahead of us. This league is drawing in an encouraging and growing audience with its Saturday morning slots between 09:00 – 11:00 (CAT),.

ESPN is also well known for its premium sports films, documentaries and magazine programming which widens the offering for our viewers and sports fans, keen to delve into the stories, triumphs, challenges, and behind-the-scenes action from their on-the-field favorites. The ESPN documentaries such as our 30 For 30 series, which give audiences a different kind of sporting experience, have been well received. The 15:00 afternoon slot has proved popular for these with recent favourites being 144, Hard Knocks, The Life and Trials of Oscar Pistorius and Galactios.

In July, we added the US version of the Sports Center magazine show featuring Scott Van Pelt and Elle Duncan to our daytime programming offering and it has been a hit with viewers. This long running show that is known for its event recaps, in-depth analysis and frequent use of irreverent humour airs every weekday at weekday with a fresh show at 10:00, with repeats at 13:00 and 17:30 on ESPN and at 16:00 (CAT) on ESPN2. The 17:30 broadcast provides excellent after-work entertainment.

Last month, we rolled out our refreshed on-air imaging which is designed to create a more family-oriented entertainment environment for sports viewers of all ages across the continent. Placing the spotlight equally on sporting talent, passion and stories, the new on-air elements will bring fans closer to their sporting idols and heroes as well as highlight moments of celebration through on air graphics and visual elements.

More recently, we just concluded an exciting agreement with the SABC, bringing SABC Sports audiences on the TelkomONE, Openview and SABC’s DTT services a selection of our news programming, live events, library content, ESPN films and premium leagues. Additionally, this agreement also provides for a two-hour weekend ESPN content block featuring a section of international football leagues including English Premiere League, Eredivisie and MLS, which I have no doubt will get viewers cheering from their seats.

As the sporting world adapts to the pandemic’s restrictions with events, scheduling and programming returning to some sense of normality, I’m excited at what the future holds. One thing is certain, we’ll keep serving fans the best action from the sporting world.