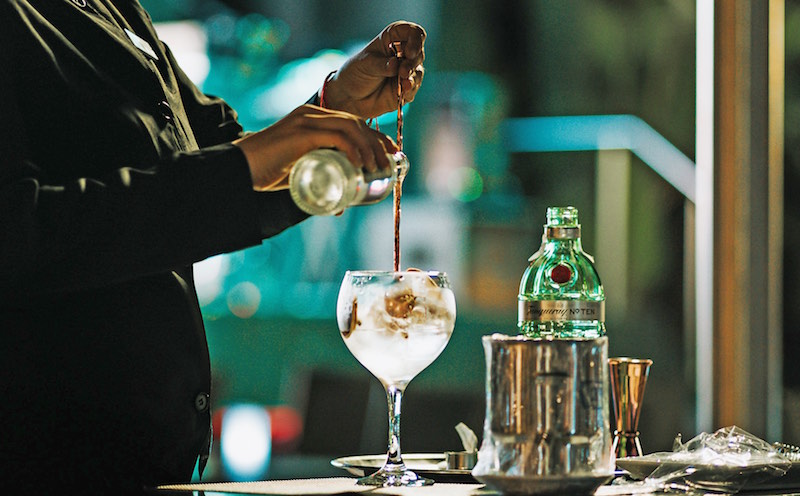 To say that alcohol is an integral part of South African life might be a bit of an understatement. With no less than four prohibitions since March last year, and numerous periods of restricted trading, our booze ban woes dominated conversations and regularly made national, and even sometimes, global headlines.

It’s not just about our love of the ubiquitous beer around the braai and a glass of wine at the end of every day.  When it comes to alcohol, South Africa’s top producers are internationally recognised, as shown by Dutch giant, Heineken’s recent move to put in excess of €2 billion on the table to acquire the Distell company and its suite of category-leading brands. We’re, of course, also an acclaimed and significant wine-producing country, and we hold our own nicely when it comes to home-grown brandies, liqueurs, ciders and gin. While we’re not the country of the heaviest drinkers on the African continent, that’s Nigeria, alcohol, its production and consumption is woven into our nation’s industry, wealth, and culture.

BrandMapp, a massive annual survey of more than 33 000 South Africans living in households with a R10 000+ monthly household income, has drilled down into our recent opinions and habits during the alcohol-stressed pandemic times.  The survey focuses on a 30% segment of the population who are relatively, moderately to very wealthy.  It’s a sample representing 100% of the country’s taxpayers and 80% of consumer income, and therefore spend, in the formal economy.

A whopping 76% of middle-class-and-up South African adults drink alcohol. Wine has always been the drink consumed by the largest number of adults, but over the past four years, gin has taken over second spot on the drinking podium. BrandMapp director of storytelling, Brandon de Kock says, “Worldwide, the strong gin marketing trend has been readily taken up by consumers, and South Africa has been no slouch in our response.  With our historic, artful distilling skills, we were able to quickly capitalise on the interest in craft gins, and with our unique fynbos botanicals to hand, South African gin has blossomed. But I think the main reason for its fast rise in popularity has a lot to do with the fact that it’s gender-agnostic. It appeals equally to men and women, so it’s appealing to 100% of the market unlike other categories like beer and cider that are typically sharply divided on gender.”

De Kock says, “When we look at the trend view over the past four years, what’s interesting to note is that while gin knocked beer into third place, it took its gains from wine while beer consumption has stayed the same.  The relative decline in wine-drinking can be attributed to amongst other things, the ‘youthification’ of the marketplace.  Typically, a wine habit is acquired with age, wine knowledge and experience. 28% of our respondents listed wine-tasting and belonging to wine clubs as one of their preferred past-times.”

“So wine is very much like whiskey in that it is indeed an acquired taste,” says De Kock.  “We also see that there are some alcohols that we ‘grow out of’ such as vodka and cider.  Although, gin looks to be on a similar trajectory, the story’s a bit more complicated. It’s obvious that gin has really found favour with millennials, but in absolute terms, it’s also grown 100% across the older age cohorts over the past four years.  I think it’s this rapid growth that made everyone in the business very excited at the prospect of the ‘craft rum’ market doing the same thing, but I have my doubts about this. We may live in a country where sugar cane grows like a weed, but rum is coming off such a low base that it would be a massive surprise to see it being the ‘next gin’. Personally, I think there’s more scope in the premium cider market than there is in crushed sugar cane!”

Are South Africans ready to jump on the alcohol-lite-alcohol-free bandwagon?

In the pursuit of healthier lifestyles, there’s increasing choice when it comes to alcohol-free beer and gin, de-alcoholised wine and ‘mocktails’. But, as a nation with alcohol deeply ingrained in our social rituals, will South Africa buy in?  Given the outcry over pandemic alcohol bans, this seems a stretch.  BrandMapp 2021 asked the questions: Can you see yourself drinking less alcohol in the near future?  What about quitting drinking in the near future?  De Kock says, “The older generations say: how about another round!  It’s clear the Millennials are the most self-aware of their drinking habits, with 27% thinking they may cut down in the near future, and 10% musing that they may quit alcohol altogether.  This is the generation currently dominating the workforce and actively building their wealth.  If they are serious about changing their consumption habits, could we be on the brink of a sea change when it comes to South Africa’s drinking culture?”

BrandMapp is a unique South African dataset that uses a mega-sample of more than 30 000 respondents to profile the 12 million adults who live in mid to top-income households earning in excess of R10 000 per month. Now in its eighth year, the BrandMapp survey is a bespoke, independent survey created by WhyFive Insights in partnership with leading digital platform marketing and research group, SilverstoneCIS.