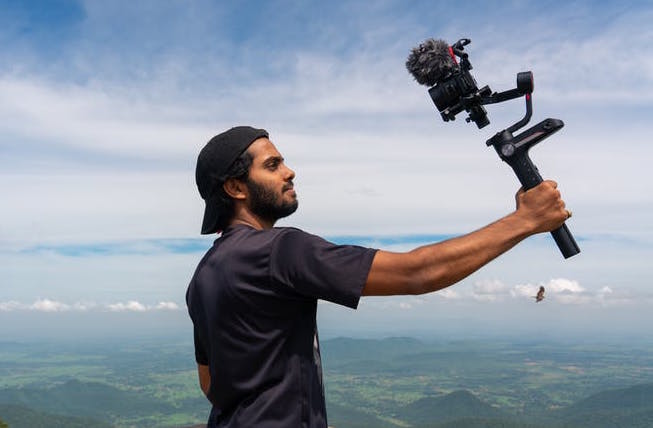 In the last decade, smartphones and mobile technology have altered newsrooms, transforming news gathering, live broadcasting and content distribution. Trained on an iPhone 4s at the University of Sheffield in 2011, I was one of the first mobile journalists in the UK. Over the course of my career broadcasting live, from war zones in Iraq to tornados in the US, mobile technology has been the primary vehicle for capturing, curating and distributing packaged and live content.

Now the media world has again shifted due to the COVID-19 pandemic, with new challenges, different restrictions and innovative storytelling approaches emerging.

Research by journalists and academics from around the world confirms that technology and social trends are driving changes in how and where news is created and consumed. These changes have had an impact on the way journalists operate, namely enabling them to working alone or remotely. Reporter requirements have also altered, with sharp social media and digital skills expected as the norm.

Some of the smartphone journalistic trends that were gaining momentum before COVID were accelerated during the pandemic. This means greater autonomy for reporters, but also more pressure and responsibility, more ways to broadcast live and greater audience involvement in the news cycle.

Newsrooms have been downsizing in the UK and US over the last 15 years. In newspapers for example, publishers have had to face the spiralling decline of print sales, forcing them to embrace new platforms and technologies. With fewer specific roles and multi-skilling key to surviving in the industry, many reporters find themselves becoming videographers, editors and social media producers all rolled into one.

So much more is now being asked of broadcast and digital journalists, but with that has come greater freedom to source and create stories. Fewer editors, videographers, lighting and sound technicians mean journalists are more in control of the way they weave and distribute their news. Coupled with that is the removal of traditional PR “gatekeepers” and the rise of media-savvy figures who understand the importance of being accessible via social media and directly engaging with journalists.

Dutch media scholar Mark Deuze has cautioned against this shift from specialised roles, describing it as “leaving newsrooms full of empty chairs”. Deuze believes that asking more of fewer journalists results in a loss of identity, teamwork, mentoring and guidance.

In the course of my research, I interviewed more than 40 journalists in India, Switzerland, the US and the UK between 2018 and 2021. All had the same concern: while this freedom was welcomed, reporters feared the lack of support would put pressure on their ability to gather stories and create content.

With the transition to remote working, Zoom interviews and mobile and app editing, younger content creators excelled during the COVID crisis while older and less tech-savvy journalists were marginalised. The National Union of Journalists (NUJ) in the UK has supported these reporters in their efforts to bridge the gap through streaming online classes. Some national broadcasters, including ITV, have provided remote and office-based workshop training in production and editing skills for new staff.

The huge demand for constant content and live streaming has turned traditional TV reporters into walking cameras. This may enhance coverage and encourage audience engagement on social media, but it also places added strain on young, inexperienced and overworked reporters who have entered the field during a time of uncertainty, resulting in health risks and safety concerns. It is paramount that cub reporters are properly inducted, mentored and guided to produce balanced and rounded news-gathering.

Whether self-shooting at home, filming video interviews on the go or making novelty content with their pets – a huge hit for sports commentator Andrew Cotter – TV, radio, podcasting and social media audiences have themselves become more creative and involved during the pandemic. //www.youtube.com/embed/f2BZNowCXws?wmode=transparent&start=0

These trends were already evident in my research in 2018 and 2019, but during 2020 and 2021 the landscape shifted. Media educators and news organisations now must work more closely to align teaching and work experience to support graduates into the media industry’s newsrooms – whether real or remote.

Trust in news media has been in decline since the Leveson inquiry examined the ethics, culture and practices of the British press. But data on social media journalism and trust from the latest Reuters Digital Report demonstrates that the pandemic put journalists back to a place of respect in homes and communities – where it had previously been waning.

Newsrooms need to continue the good practices established during the pandemic, which saw editors and producers supporting and harnessing the skills of younger and more dynamic reporters to create balanced and ethical content.

It is crucial good practice feeds down into higher education, so that this accelerated digital transformation of newsgathering, broadcasting and content creation maintains ethical standards and ensures the well-being of reporters if young people are to be encouraged into the industry.

James Mahon, Lecturer in Mobile and Broadcast Journalism, University of the West of Scotland