Radio is thriving in South Africa: 80% are tuning in 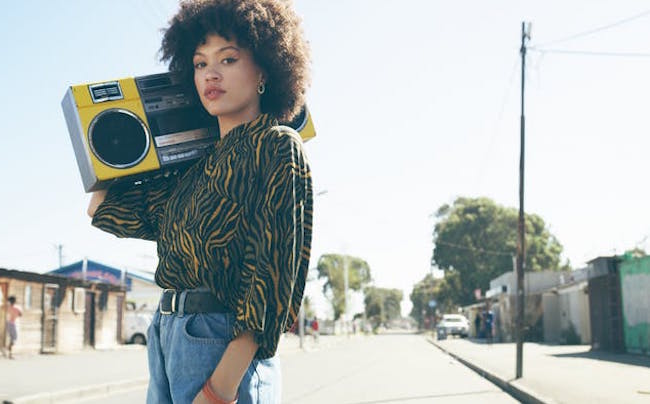 Almost three decades into democracy, radio is thriving in South Africa. Radio listenership in the country is consistently higher than the global average. And it in fact increased during the Covid-19 lockdowns of the past two years.

This is perhaps not surprising given that radio acts as a companion and that people were confined to their homes and so more likely to tune in, more often. But during the pandemic, radio has also played an important role in bringing educational broadcasts to youth who did not have access to the internet. People also listened to radio station podcasts during lockdown, and podcast listenership in South Africa is also higher than the global average.

Despite South Africa’s divisive history, I have argued that this is because radio listening provides background texture to everyday life. It’s a social activity which reminds people that there is a social world “out there” and helps them link to it.

Radio is a universal mass medium in South Africa, since more people have access to radio receivers and broadcasts than they do television sets. In fact, radio remains the most popular and pervasive medium across the continent. This is despite the proliferation of cellphones, the growth of social media apps and on-demand streaming music services.

One might assume that fewer people would listen to the radio given these technological innovations. But the most recent measurement figures show that radio audiences in South Africa continue to grow.

In 2021, about 80% of South Africans had tuned into a radio station within the last week, with most people still listening on traditional radio sets. There are 40 commercial and public broadcast stations and 284 community stations in South Africa.

Radio audience numbers in South Africa have not declined as they have in North America, due to an increase in streaming service options. There is, in particular, high listenership among young people, who listen to radio as a source of both news and companionship.

World Radio Day is a good time to reflect on the role of the medium in a country like South Africa, characterised by inequality and a ethnically divisive history under apartheid.

Historically, South African broadcasting has not provided a common space of public communication, but instead reinforced notions of separateness, in line with apartheid narratives of difference. As I argued in my book Broadcasting Democracy, people “consume” radio, making strategic choices about which stations to tune into on the basis of their personal or group identities.

Commercial music radio stations in particular are still often seen and sometimes even explicitly framed along racial lines. There is a plethora of radio stations in all 11 official languages available at the public broadcaster, the South African Broadcasting Corporation.

South African scholar Liz Gunner has shown how a station like the Zulu language Ukhozi FM has been significant in connecting with urban and rural listeners to navigate post-apartheid Zulu identity. Ukhozi FM has the highest radio listenership with nearly 8-million listeners. While during apartheid language and ethnic differences were used as a means to segregate citizens, today these are celebrated as part of a diverse “rainbow nation”.

Despite the continued popularity of vernacular radio, English-language talk radio stations and shows still attract African language speakers who frequently phone in and participate. This could be linked to the dominance of English-language media in South Africa and the fact that English media spaces are also often dominant.

In other words, despite the range of vernacular options, English stations are perceived as being sites of the public sphere and attract debate and conversation between a diverse range of South Africans.

Regardless of language, talk radio shows are booming with vibrant conversations, highlighting the important role of radio as a space to bring together geographically diverse South Africans to debate matters of social and political importance.

Aside from identity, radio also plays a key role as a companion for people, as in this study where the majority of youth said that radio “keeps me company”. Another recent study confirmed that listeners often see their preferred radio station as a companion and feel a deep connection with both the station and its DJs.

While traditional listenership is growing in South Africa, people are also listening more online and interacting with radio stations in different ways, for example via social media platforms.

Whereas in the past listeners could only access radio hosts via calling in to the station, they can now easily and instantly reach them via apps like Twitter. And equally instantly receive responses. While calling in to a station usually implies negotiating one’s way past a call screener or producer and engaging on a specific topic, Twitter communication is often more casual, relaxed and personal.

Radio is thus no longer a one-dimensional platform or “blind medium”, and this is a key contributing factor to its growth. And radio listeners are able to now communicate directly not only with the station, but also one another.

And with 284 stations, the role of community radio in South Africa also remains key to continuing to build and consolidate democracy. Originally designed as the “voice of the voiceless”, community radio emerged as part of the liberalisation of the airwaves in the early 1990s. They were a key strategy in the repositioning of the apartheid-state media landscape.

Like many other organisations in the NGO sector, community stations have faced financial challenges after the withdrawal of international donor funds which sustained them during the apartheid period. But they are still flourishing, as evidenced by the large number of stations still in existence.

Radio plays a significant role in South Africa as form of education and entertainment. The diverse and vibrant range of stations is a unique feature of the South African media landscape.