Elon Musk, the oligarchs of the ‘Second Gilded Age’ and the media 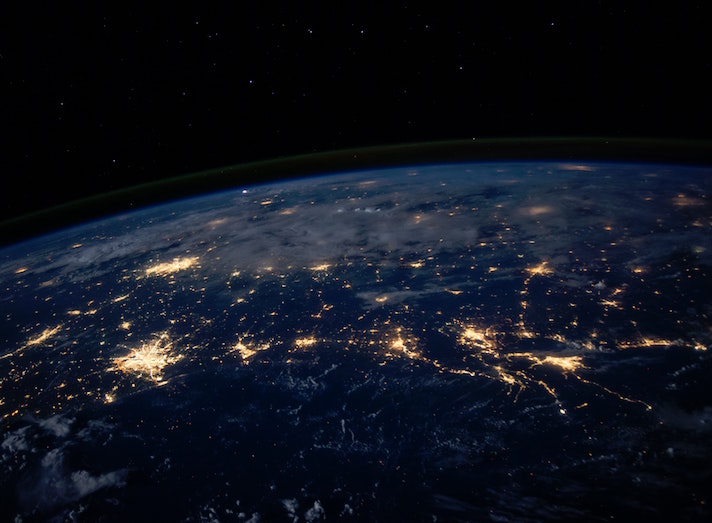 During the Gilded Age of the late 19th century, and the early decades of the 20th century, U.S. captains of industry such as William Randolph Hearst and Jay Gould used their massive wealth to dominate facets of the economy, including the news media. They were, in many ways, prototype oligarchs – by the dictionary definition, “very rich business leaders with a great deal of political influence.”

Some have argued that the U.S. is in the midst of a Second Gilded Age defined – like the first – by vast wealth inequality, hyper-partisanship, xenophobia and a new crop of oligarchs using their vast wealth to purchase media and political influence.

Which brings us to the announcement on 25 April 2022, that Tesla billionaire Elon Musk is, barring any last-minute hitches, purchasing the social media platform Twitter. It will put the wealthiest man on the planet in control of one of the most influential means of communications in world today.

As a media scholar, I suspect Musk’s desire in buying Twitter goes beyond a desire to control and shape public discourse. Today’s equivalent of the Gilded Age oligarchs – the handful of super-rich Americans gobbling up increasing chunks of the media landscape – will have that, but they will also have access to a trove of personal data of users and news consumers.

All the newspapers fit to buy

Over the past decade, numerous American billionaires have purchased news media outlets such as the Boston Globe, Las Vegas Review-Journal, The Atlantic and the Los Angeles Times. Perhaps the most famous example is Jeff Bezos, the founder and executive chairman of Amazon, who spent $250 million of his roughly $170 billion net worth to purchase The Washington Post in 2013.

Media scholars have aired concern for decades that unfettered wealth and tepid government regulation have enabled a handful of corporations to dominate news media coverage in the U.S. Indeed, the companies that produce the majority of news media in the U.S. has dwindled from 50 in the 1980s to roughly six today.

This consolidation of the media industry in the hands of wealthy individuals is, as media scholar Robert McChesney has argued, especially concerning for a healthy democracy, which necessitates that the electorate has access to an abundance of diverse views and free-flowing information.

The public relies on journalists to relay stories that they can interpret to determine how they vote; if they will vote; and if they should organize and engage in civil disobedience. The negative consequences of this concentration of ownership are that it can enabled a handful of corporate news outlets to normalize baseless or false reporting that turns out to be misleading, such as the reporting on weapons of mass destruction prior to the 2003 invasion of Iraq.

Just like the U.S. oligarchs of the 19th century and early 20th century, today’s billionaires recognize that by controlling the free flow of information they can control or shape the electorate’s democratic participation. For example, soon after casino mogul Sheldon Adelson purchased the Las Vegas Review-Journal reports surfaced that stories about the billionaire were being censored or altered so he could manage the public’s image of his businesses in the gambling-centric city.

The user as a product

With an estimated fortune of $268 billion as of April 2022, Musk is just the latest and wealthiest to purchase a media platform. In opting to buy into social media rather than a traditional news outlet, the Tesla CEO is getting control of an important news delivery system. A 2021 Pew survey found that 23% of Americans use Twitter – and 7 in 10 Twitter users said they received news from the platform.

But the potential threats posed by an individual billionaire controlling Twitter are much more complicated and dangerous than that of earlier wealthy media proprietors, who primarily could only sway the news.

Even before Musk vied to buy Twitter, Silicon Valley was already controlled by billionaires who operated a handful of companies known as the FAANGs – Facebook (now Meta), Amazon, Apple, Netflix and Google (now Alphabet). These companies’ profits are derived from a new economic order that Harvard Professor Shoshana Zuboff has dubbed “surveillance capitalism.” Under surveillance capitalism, the user is the product – that is to say, companies collect and sell information about users to those interested in predicting, or in some cases nudging, human behavior.

In this new economic order, tech companies constantly surveil users on and off their platforms for the purpose of collecting and analyzing data – which include audio, video, typed words, GPS or even DNA – to open a window into a user’s thoughts and cognitive processes.

In order to keep the data pouring in, big tech companies rely on techniques from the gambling industry to keep people addicted to their screen. Essentially, they keep users chasing the initial dopamine rush that comes from a “like” or “friend request” on Facebook, on a “retweet” or “new follower” on Twitter. Similar to the gambling industry, reports have found that these techniques are used with little regard for users’ mental health.

In 2022, for example, a Facebook whistleblower revealed that the company was aware that its platform design was harming users, particularly young people, but refused to make any changes out of fear it would weaken profitability.

In this context, Musk is not simply a modern version of a 19th century oligarch. His power goes beyond shaping public discourse with narrowly framed stories and the removal of select content. Yes, he may be able to do this. But in addition, he will have a vast amount of personal data under his discretion. For example, when using Twitter content or products, including those integrated into other websites, Twitter collects data and stores what web pages the user accessed, as well as their IP address, browser type, operating system and cookie information.

Musk has said his purchase of Twitter is motivated by his support of free speech. But this runs counter to his reputation for actively seeking revenge against those who criticize his businesses. Furthermore, under his leadership Tesla has maintained contracts that prevented former employees from criticizing the company.

Moreover, as it has been argued by computer scientist and philosophy writer Jaron Lanier and free-expression activist and author Jillian York, social media platforms such as Twitter are not conducive to “true” free speech, which is loosely defined as the right to express one’s opinions without interference.

Moreover, by making decisions about what content users do and do not see, social media companies, it could be argued, are interfering with speech. Indeed, social media platofrms’ algorithms customize news feeds with content that they believe the user will find the most engaging, to the exclusion to other content.

The era of surveillance capitalism has created new opportunities for billionaires to influence the electorate. Like his predecessors in the first Gilded Age, Musk can determine which reporting users see and do not see on his platform. Unlike his predecessors, he can also track and surveil users – collecting lucrative data that can be used to predict or nudge their behavior.