Seven Days on Twitter: Daylight robbery – a country on #AutoPilot 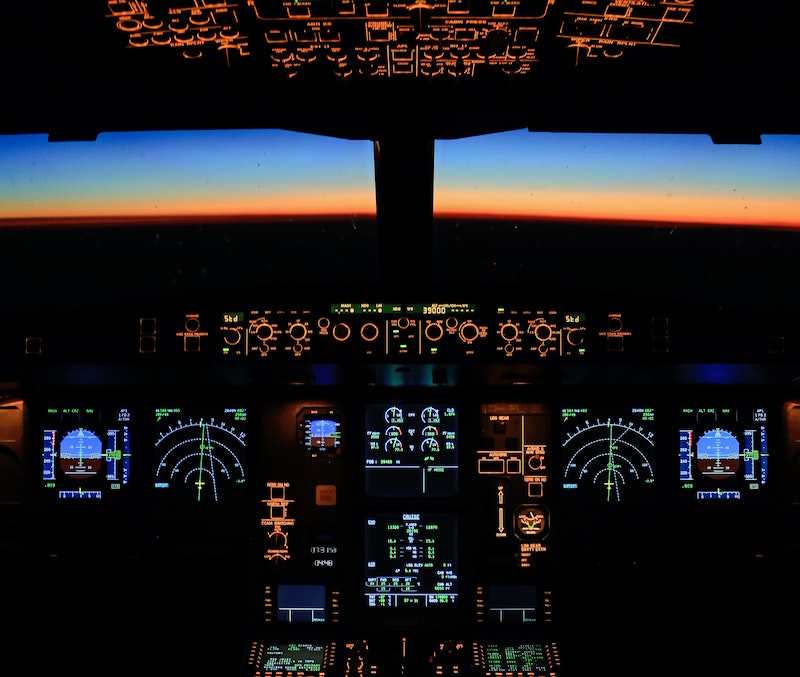 Is South Africa being led by autopilot right now?

Jumping, galloping media. That’s one way to describe a rampant week in the media. At one point, I put my head in my hands, not because of the narrative from the anchor, no – not at all. I had silenced her because I could not deal with what she was reporting. Let me to read first the headlines before you accost my ears. I was reading the ticker strap line at the bottom of the television screen. I have to build myself up for these reports, you know. You don’t rush headlong into this terrifying narrative without having great courage.

My dear South Africa, is it time for our #ArabSpring? Tragedy after tragedy, turmoil after turmoil, murder after murder, rape after rape, corruption after corruption, after more corruption, media manipulation after human and legal manipulation and … then some small, but strong voices urging us forward to create leadership.

I watched comrade after comrade tell us how wonderful the late Jessie Duarte was and I had decided that my day was done until #ThaboMbeki took to the microphone. These types of memorials are always political and I’m reminded of the #KathradaMemorial where we finally took down our rotten king. So I waited. He has always been a great orator, #Mbeki. Perhaps not a great president (by what standard?), but a great orator. He said that the ANC has been promising to self-rectify for years and the country is on “auto-pilot” and heading for a crash without anyone noticing that the plane is on a direct collision course.

On #AutoPilot indeed. That was the word we have been searching for, and while chaos erupts around us, we humble and weary citizens keep on pushing in one direction. He went on to say that there is no leadership and that we have no “great plan” to save South Africa; the place is a hot mess. Earlier in the week we heard #Sooliman say it and then Jonathan Jansen said it: we are on autopilot.

Mbeki said we have a situation that may result in an #ArabSpring. These great speakers told us of that there are 65 million of us, that’s one massive number, and yet we are still talking about potholes, railways, Eskom, murder, rape and those hungry mouths of corruption and poverty, the social environments that are disgusting, unemployment and fuel hikes. When will we stand up? When will we have our #SouthAfricanSpring? Let’s take down our rotten leadership and open our arms to the big and small voices that are among us. Why don’t we pull a #SriLanka and go and swim in the president’s (former and current) palatial home and roll around on their beds?

#JessieDuarte’s death was filled with controversy as Lindiwe Sisulu said she sought cancer treatment in Russia, but by the time she arrived home it was too late. Ace Magashule used this opportunity to say Duarte had explosive secrets. Have you made them up yet, Ace? How insensitive, how crass, how are you all still playing leader leader?

As for our sitting president (not seated), those dollars in the sofa have taken over the media platforms to such a degree that there are entire sections on the news media’s websites highlighting #Phalaphala. What does he have to say about that pesky step aside rule and his couch? Well, #Ramaphosa said he is the president of this country and he is firmly in his seat. We don’t want you firm in your seat sir, we don’t want an uncle in the furniture business (we’ve had him for decades); we want you to stand up and walk with the country again. Lead! But your speeches have dried up, your military uniform is filled with dust, and your shoulders are so heavy we won’t even bother to ask for help. Keep sitting while 15 robbers walk into Benoni Mall in broad daylight armed like the Ukraine.

Mkhwebane is being impeached and, just like her chom, Zuma, she just came back to work and claimed our money as her entitlement to play Stalingrad. A tactic favoured by our favourite advocate,Dali Mpofu. I still don’t understand how this guy is even in the legal profession when he is clearly just a politician. He doesn’t even ask proper questions. I wonder if Mr Mbeki can help him with his grammar? Suspended Mkhwebane is costing us R130k per day with her attempts to get #Ramaphosa to testify. The fight is so blatant. Why do we allow this? Be honest, you’re done with political vomit, right? I mean even the judge wasn’t having any of it and he told #Mpofu to wipe the vomit off the corner of his mouth and ask a proper question of #Kekane. He stood firm, our #Kekane, and he was clear in his stance adding: “I felt that I needed to report misconduct which I had observed at the office of the public protector.” #SouthAfricanSpring?

The optimist in me (yes there is one) can see (through peripheral vision) that they are falling from grace, aren’t they? That’s why there’s all this chaos around us. Look at #ZandileGumede, such a piece of work; she destroyed eThekwini. A shameless crook who is as dangerous as she is lavishly dressed. She says there is  “no case” because she wasn’t an executive mayor … I’m sorry, what?  You are standing with 21 co-accused for stealing millions, maybe even billions, from KwaZulu-Natal and you think you need executive rights to be tried in a court room?  #DaylightRobbery #AutoPilot.

Staying with KwaZulu-Natal, the race for leadership has become so messy that the RET faction is referred to as “The Taliban”. I never make things up, this is the news. Ridiculous. Zungu, the owner of AmaZulu Football Club, is running against my personal worst human #SihleZikalala and others. Well, you might as well, #Zungu, your narrative is that there is an overwhelming sense of discomfort about the manner in with the #StepAside rule is being administered. So, with those words, I must agree that you are a perfect candidate. #AutoPilot #DaylightRobbery.

Talking about daylight robbery, did you see what happened with the #DigitalVibes theft?  You remember the one where #ZweliMkhize and his family were implicated, are you ready for this South Africa? The justice … a bunch of disciplinary hearings, demotions and resignations, and that’s all folks. No money back, no accountability at all.  Anban Pillay got suspended for three months and a salary demotion. What happened to #Zweli and his family again?  #Autopilot.

This is a new trick #DisciplinaryHearings, it’s being rolled out at PRASA for 44 employees who stole money and then another 33 who were suspended. Some may be fired, but that’s all folks. #DaylightRobbery. PRASA paid billions for trains that were “too tall” and today we are told they shrank. All this locomotive breath reminds me a bit of Chairman Mao’s rhetoric, his ridiculous comments. Mao told his country they would grow tomatoes as big as houses and the people went back to their land to toil the soil that delivered nothing but rotten tomatoes and corpses. #DaylightRobbery.

#Gordhan has been out and about for a change. This time asking trade unions for CVs as the bloated #Eskom HR department at the failed electricity provider calls for critical skills. #DaylightRobbery. In 2019 he was given the list of 705 names with perfect skills and then … nada, nothing. Unfazed (like our electricity) and on auto pilot, if you will, he gave a speech at Wits and when the room erupted with paid disruptors screaming profanity and jumping on tables, Gordhan was still saying that he would not be intimidated when he was whisked away by security. #AutoPilot.

I have so much more to tell you but I have only so many words. The murderers, oh my South Africa, the murderers, one after another and the one more heinous than the next. #Sobantu: the triple murder of three generations of women, raped not once but several times. A murder most foul. He got five life sentences. Ndlovu’s face was much like our leadership, zero remorse. #AutoPilot.

The case of the murder of granddaughter and grandfather #Hess and #Lategan wrapped up. The judge said the killer, #VanBoven, had left the court without any respect, whatsoever, for the right to life, dignity and safety of other persons and their property. Two life terms for you. Don’t imagine. He strangled her grandfather with a belt until the veins in his face burst. All for the sake of  two TVs and a couple of devices. #DaylightMurder&Robbery.

The #KestellMurders saw two men accused of brutally killing seven people on a farm. A man from Ermelo was arrested for deliberately driving his car over two children and trying to kill a third.

All this happened in the same week as #MandelaDay. Normally it would be our top story; not a chance, we are too busy with daylight robberies.  Interest rates were hiked with lending now sitting on 9%. Baleka Mbete and Nathi Mthethwa say we need a cleansing, and ain’t that the truth. DD Mabuza is on the war path, starting defamation cases against those who accused him of political killings. #Baragwanath spends R3m on fuel for generators to keep our sick alive. We still don’t know why 21 children died in a tavern and please don’t make me talk about the #SenzoMeyiwe case. There are too many of these daylight robberies, these murders most foul.

I have one really big and wonderful story to end though. #BanyanaBanyana have won Wafcon.  We needed this ladies, bring it home. Thank you for showing that we are still a nation of great courage and tenacity.

“I’m a fundamental optimist. Whether that comes from nature or nurture, I cannot say. Part of being optimistic is keeping one’s head pointed to the sun, one’s feet moving forward.” ~ Nelson Mandela

I’m Tonya Khoury and you’ve just scratched the surface with Acumen Media – subscribed to YouTube yet? You better!