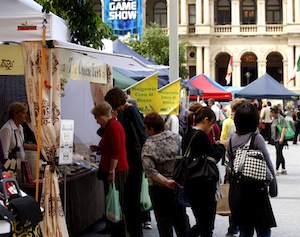 The latest Nielsen Global Generational Lifestyles Survey polled 30 000 online respondents in 60 countries to better understand how consumers around the world – including those in South Africa – live, eat, play, work and save.

“Depending on our age, our approach to something as simple as getting up-to-date news or eating out can be drastically different. But today’s consumers are bucking yesterday’s preconceived generational notions,” says Nielsen Africa marketing and communication director, Ailsa Wingfield.

“In fact, many older people are embracing a more technology-driven world, and sizeable numbers of younger people are turning to more traditional values. Yet for all of our differences, in many ways, it’s remarkable how similar we are no matter our age.”

Consuming news and new technologies
Focusing on the specific lifestyle results for South Africans in terms of their preferred choice for gathering news, 47% say television, 42% social media sites, 35% radio and 34% search engines/news sites. This clearly reflects the immediacy with which digital media channels are associated and their ability to break news stories in near real-time.

Traditional media still dominates leisure activities, with 44% of local respondents saying they watch television in their spare time, followed by spending time connecting with family and friends (37%), reading and listening to music each at 30%, while 20% choose to exercise and 19% cook.

The study also revealed that at a global level, as consumers age, their focus shifts from wealth to health. Looking ahead 41% of South Africans say that staying fit and healthy is their primary aspiration for their future, 36% said making a lot of money, 33% said spending time with family and friends and 32% said travel. In addition, 26% want to work in a fulfilling career, 16% want to buy a car and 15% want to get an education or learn something new.

Health and preferred food choices
Leading on from this, more than half of global respondents from every generation say they’re willing to pay a premium for foods with health benefits, and younger respondents lead the way. But while certain health attributes like low sodium and low sugar appeal to older consumers, attributes such as organic, gluten free and high protein appeal more to younger respondents.

Related to this is the fact that Millennials often have a bad reputation for being constantly connected to their electronic devices, but it turns out that larger percentages of older respondents are more distracted than their younger counterparts during mealtimes!

Wingfield comments that when it comes to careers in the 21st century, job loyalty may well be a thing of the past. “The days of employees spending their entire career with the same company are likely over with millennials roughly two times more likely to leave a job after two years, 1.5 times more likely after five years and half as likely to stay after 10 years, compared to Gen X and Baby Boomer respondents.”

In terms of how long they intend to stay in their current job, the highest number of South Africans respondents (23%) said 1 to 2 years while just less than that (22%) said 3 to 5 years.

Looking at whether they are completely or even somewhat satisfied with their current job; 79% of South Africans said they were in terms of their occupation (field of work), 65% were with their work setting/environment, 59% with the camaraderie of co-workers while only 58% said they were for their work life balance.

When asked what their dream job/occupation would be, and one they would pursue (or are already in) top of the pops for South Africans is information technology at 10%, followed by finance at 9%, marketing, sales and service also at 9% and business management and administration at 8%.

Debt, investments and a view to retirement

Showing financial savvy beyond their years, as much as 32% of Generation Z and 34%% of Millennials in the overall global results of the study save towards for their financial futures, but about half need help figuring out what to do with their money, as they are not confident in their savings strategies. Older consumers also need help, with just over one-third of Baby Boomers and Silent Generation respondents saying they do not save at all for their futures.

Wingfield says’ “While spending strategies for those with debt varies, nearly half of all respondents across the four generations say debt motivates them to be careful about spending. As we get older, and presumably closer to the retirement finish line, we get more serious about eliminating debt. Baby Boomers are the most likely to be careful about spending and take a shorter-term spending strategy by foregoing the things they want and need to keep debt down.”

Looking ahead in terms of their ideal future place to live, 30% of South Africans want to live in an urban neighbourhood, 28% in the rural countryside and 16% in a metro suburb. Unsurprisingly, the least number of people want to live in a car-centric suburb!

Traditional values such as getting married, having children and buying a house are still relevant for many Generation Z and Millennial respondents – even if they are not top priorities.  Among South Africans, 25% of respondents aspire to purchasing a home, 15% to getting married and 9% to having children, which shows that traditional values still have a strong influence on consumer behaviour and plans for the future.