Branded content: A survival strategy for the coming ‘Adblocalypse’ 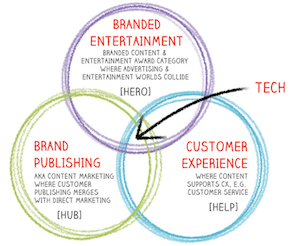 Last year, Justin Kirby wrote a post for us about what traditional media brings to the branded content party. In it, he explained that despite a growing consensus amongst industry experts about how branded content will be at the heart of every marketing strategy, there was less agreement about what it actually is.

A year later and there’s an emerging consensus that content is now just what marketing is and does.

Kirby says that what he aims to do in this post is explain how this rapid transformation is being shaped from three different directions, and use this as the basis for some pointers about how publishers can survive the coming ‘adblocalypse’: 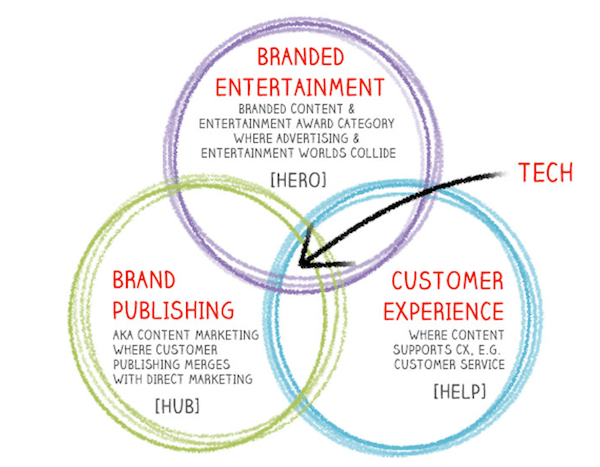 Brand Publishing might be a better way of explaining this space, given Content Marketing is now understood by many as simply meaning any marketing that uses content. It could also be seen as the evolution of customer publishing through its digital delivery, and how it is merging with the increasingly tech driven direct marketing discipline.

Adobe’s CMO.com site is an owned media example of how this more editorial-style content is being delivered through a content publishing platform.

The output is akin to what Google call the more regularly published, and often scheduled, ‘Hub’ content. But this is not usually where the most standout examples are found. That’s possibly because the people best suited to craft a good story are not necessarily those who understand how to drive response by optimising messages and targeting through tech, and/or improve SEO for that matter.

Native advertising is closely related because the content is more often than not editorially-based given budgets and the digital publishing environments where it’s served. This provides publishers with the opportunity to show how their paid media adds value through the following:

The advertising and entertainment industries colliding

Most of the top advertising awards now have a Branded Content & Entertainment (BC&E) category, although interestingly Cannes Lions have dropped theirs and replaced it with the new Entertainment Lions sub-festival. It’s not immediately obvious, however, how the award winning examples from this category are directly comparable with the more editorial-orientated output from the branded content divisions of publishers despite their similar intent. For example, how do you compare the LEGO Movie with Unilever’s sponsorship of The Guardian’s Sustainable Business hub.

It’s the more inspiring, and often longer form, examples from the BC&E space that Google call ‘Hero’ content. One interesting example that used paid media to reach a highly relevant audience is the Traveller Filmed Reviews partnership between the Puerto Rico Tourism Company and Trip Advisor.

This turned real 5 Star user reviews on Trip Advisor into a series of dream-like films with voice-overs by Puerto Rican movie, music and sport stars. These were delivered on the platform and helped Puerto Rico become one of the most searched for destinations on the web.

But you don’t need movie stars and large budgets to create this kind of highly sharable content, and it doesn’t have to be longer form either. Lowe’s ‘Fix in Six’ series of helpful DIY tips was delivered as six seconds animations on Vine, and became an Internet sensation with a budget of only $5,000.

With all the talk of publishers becoming agencies there’s an opportunity for them to both help promote this more entertainment-style content for brands to their audiences, and also create the standout examples as well. But as Tim Piper at Piro points out, this is likely to require the hiring of those with very different skillsets from those traditionally found at publishers and possibly agencies too:

“In advertising, people are thrilled if an ad goes viral or even gets watched. Then there’s a few thousand people in LA who create work that people pay to go and see.”

Piper helped create the four episode Farmed & Dangerous comedy series for Chipotle that aired on Hulu, and which some see as the future of advertising.

The Brändärit (Buy This) sitcom series created and produced by TBWA in partnership with Freemantle that was aired on MTV in Finland is another.

Partnerships and collaborations like this might be one way that publishers think about how they create these kind of more entertaining content experiences for brands. A less risky option might be to simply help brands find and deliver the kind of mechanism that allows them to collect customer stories at scale, such as Create AirBnB. 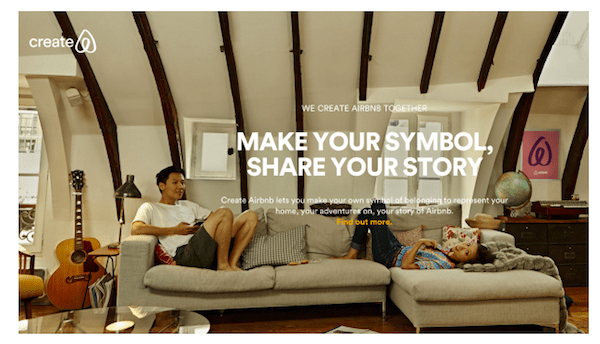 For example, customer service is already an area that CX specialists focus on, and is also one where what Google call ‘Help’ content could add value to the customer experience. But whether CX specialists will become the first port of call for those looking for the creation of this more informative and helpful-type of content experiences remains to be seem. It’s just that there maybe others better at telling stories than those more concerned with optimising customer journeys, integrating tech and the more process-orientated side of things.

This presents an opportunity for publishers as they can identify stories of interest to different audiences, create those stories and also help brands reach those audiences. 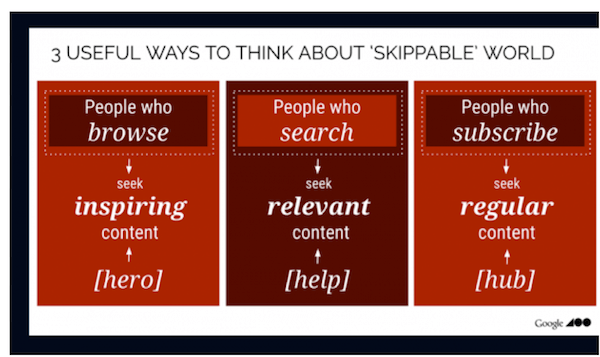 But where and when in the Customer Decision Journey?

The three directions above may not map neatly onto Google’s Hero | Help | Hub framework, but together they provide useful lenses for thinking through what kind of content is used where and when in the Customer Decision Journey, as well as who might be best suited to deliver them:

Hero: entertaining examples like Chipotle’s Farmed & Dangerous series show how consideration can be trigged and hearts won as well as prize comparing minds, but they can also help drive response just as the LEGO Movie helped shift a lot toy sets.

Hub: more regularly and timely published editorial-style content can support the ‘information gathering’ stage of a customer’s ‘active evaluation’ before their ‘moment of purchase’. This route can also provide ongoing ways to engage customers in order to build and maintain their loyalty and further monetise an audience particularly in B2B.

Help: this type of content can come in many shapes and forms as part of adding value to post purchase experiences, e.g. whether it’s a more inspiring and helpful Hero example like the Lowe’s ‘Fix in Six’ one mentioned above, a Hub-like editorial series, or even Customer Service or Marketing as a Service (MaaS) app.

Storytelling the cultural glue that binds us

There are lots of different ways that the brand-funded content space can be mapped. However, I think it’s useful to make the distinction between story-led marketing and marketing that just uses content-like stuff. Chris McCarthy at Google’s creative technologist division The Zoo explains why this is important:

“Brands need to understand that connecting with people is a social exercise that is conducted through the messy, murky construct called culture: the stuff we consume, talk about, watch, and interact with.”

The point being that stories are the means by which brands can connect to their customers through culture, and publishers have the people and platforms to help with this. However, they need to rethink who they now also need to have on the team to deliver this, as well as what they deliver.

The converged media landscape means they are no longer just competing with other publishers, the more millennial-focussed new insurgents and more entertainment-orientated media – there’s also the brands themselves who are increasingly developing their owned media properties. As such, publishers need to show why it’s less risky and more efficient to partner with them on story-led marketing rather than compete.

One place to start might be with those brands that have already begun to understand the value of creating more locally produced content rather than simply adapting their global campaigns.

Deep understanding of the cultural context and what’s really relevant to readers story-wise is not likely to be found in an algorithm, and this could be the added value that helps publishers survive the coming adblocalypse – rather than just the paid media space they sell or tech used to help reach audiences on their properties with content-like stuff.

Justin Kirby is VP of strategic content marketing at the US digital agency, Tenthwave.

This story was first published on WAN-Ifra’s World Editors Forum blog and is republished here with permission.