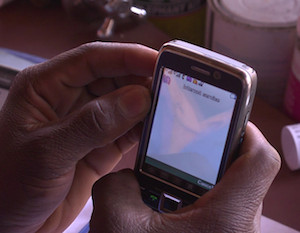 Brands are constantly looking for new ways to showcase their offerings to the world. One company, Digitata Insights, has introduced a successful offering that has provided great reach for certain brands. Michael Bratt spoke to the company’s chief marketing officer, Henk Swanepoel, to find out more.

Digitata is a multinational technology company with a strong focus on mobile advertising. Their premier offering is called MeMe, a measurable mobile media platform that geo tags and enriches existing mobile messages based on a subscriber’s location in an unobtrusive manner. These existing messages include ‘please call me’, tariff lookups, balance lookups, low balance notifications, as well as pre- and post-call notifications. Other benefits are that the offering is mobile phone agnostic, the content doesn’t cost the phone user anything, and content can be translated into vernacular languages.

Swanepoel says a two-pronged approach is used: Reach and engagement. Reach refers to delivering an informative snippet that can reach consumers in a measurable and targetable manner, while engagement utilises creativity to enlist consumers to engage with brands in a manner which stimulates interest and future opportunities.

“Brands can get to understand their customers, allows for real-time customer feedback, and brands can drive product and service awareness. Rewards, loyalty points and unique gamification elements can also be incorporated,”  he says.

The feedback from the platform is also in-depth, with an online portal that allows campaigns to be fully measurable. Accurate real-time tracking, revenue insights, and account and campaign status reports are all included.

A recent campaign was run for a South African-based cinema brand in Zimbabwe. Users were sent a redeemable voucher for a movie for answering a short questionnaire. During the campaign, 100 407 messages were sent reaching 24 153 unique subscribers; 11 858 vouchers were redeemed, and the cinema saw a 28% increase in ticket sales due to the campaign, equating to a conversion rate of 48.68% and a campaign CPM of $4.50. Similarly a South African-based broadcaster’s campaign in Malawi was equally successful: 259 457 messages were sent over a period of three weeks; 7 390 responses were received, total unique leads sat at 6 141 equating to a conversion rate of 2.37%.

It is gamification that is gaining a lot of attention and traction at the moment. Digitata is able to offer advertisers a USSD game that is created exclusively for them. It will incorporate information about the advertiser as well as its product and service offerings. A recent campaign of a branded USSD game run for a South African bank, which proved to be very successful, led to 728 058 people playing the game. Their branding was viewed 2.9 million times, had a 32% players return rate, and an average game time of 38 minutes. Over 19 000 leads were generated, 2 000 people opened new bank accounts and they collectively deposited R40 000 as a result of the campaign.

Speaking on the benefits of USSD gaming, Swanepoel explains, “It allows brands to educate consumers in a fun and entertaining way, incorporating the theory of game thinking. Consumers can engage with brands at no charge to them and multi-player functionally, including points and leaderboards, creates a competition element between players, furthering their participation and engagement.”

US-based M2 Research estimated that the gamification market in the US was valued at $100 million in 2011 and estimated it would grow to more than $2.8 billion by this year (2016). Africa is similarly following this upward trajectory with growth of its own.

Another custom made game for a brewer showed that 119 093 people accessed the game, 58 993 of those completed profiles, 57 158 people finished the entire game, and it generated 13 000 leads for the brand.

A major advantage for Digitata is its reach. It is present in seven countries globally including Swaziland, Zimbabwe, Malawi, Zambia, Iran, Rwanda and South Africa. In the latter it has a further advantage in that the company has key commercial relationships with Vodacom and MTN, which equates to 71.60% of South Africa’s mobile phone users.

The future looks very bright for gamification elements in mobile advertising. It will be very interesting to see where this space heads in 2017.