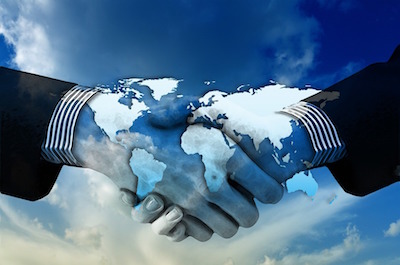 After a four-year contract, WPP recently lost the massive MTN Africa account. Michael Bratt spoke to Mindshare South Africa CEO, Thabang Ramogase, to find out more about the agency pitching process itself and how it played out in the MTN case.

When an agency’s contract comes to an end, two things can happen. Either they can re-pitch for the contract or they can be barred by the client from pitching again. “Often clients include the incumbent… that’s not necessarily a good or bad thing,” says Ramogase. “We were kept on the account, to re-pitch on the business, because of our track record on the account. We had a 9.6 out of 10 referral rating from the client, so we had a very strong relationship with the client. But there are sometimes where clients just keep you on that pitch roster as a courtesy more than anything else. But we were genuinely on there because of the sheer size of our referral rating. 9.6 out of 10 is not easily achievable”.

The MTN Africa account was a big deal for the agencies invited to pitch, a process that began with them being invited to tender a submission to a client, often via a pitch organising agency, or being approached directly by the client themselves. In the case of MTN, six global agency networks – Dentsu Aegis Network, Havas, Interpublic Group, Omnicom, Publicis and incumbent WPP (through Metropolitan Republic and Aqua) – were invited to tender.

During a pitching process, agencies are then asked to provide data about themselves, including billing, number of employees, clients (particularly conflicting ones), and other such information. This is often followed by a brief from the client, where the agencies are “given information about a specific campaign, sometimes fictional or one that is on the horizon, or something much larger, to get a sense of whether the agencies are capable of answering the client’s brief”, Ramogase explains.

The agencies then come back with their pitches and after this one of two things happens: “Either the client will bring the last two agencies in to get more of an understanding of who will be working on their account, the resources etc, or they will give a second brief to try and whittle down the remaining shortlisted agencies.”

In the case of MTN, three agencies made it through to a second round, Omnicom, Publicis and WPP. A winner is then chosen and the account is awarded.

Contracts generally run for three to four years, but, Ramogase says, “I’m finding more and more with clients these days that they are contracting for much shorter periods, to keep their options open in terms of escalating costs and/or delivery… some clients even have you working on project work, so you may have to pitch by project, not for a long contracts. to be their sole supplier. So it has gotten quite competitive in that sense”.

Pitching processes can drag on

Ramogase says a pitching process, on average, takes anywhere between three to six months to be completed. “Some of these pitches have dragged on for longer than that. I have heard of pitches that have run for 12 to 18 months in the making. But generally three to six months if the client is fairly concise and precise about what they want and what the brief is.”

The pitch for the MTN account began in April/May 2016. It was supposed to end in August/September 2016, but went into a second round after two agencies voluntarily came off the pitch list due to the time it was taking. The contract was finally awarded in January.

Pitching for an account which is the size of MTN Africa takes a lot of time and resources invested into the process. The costs were not just for Mindshare South Africa as it was a WPP pitch, so you have to tally up the costs across the whole global business. Mindshare committed in excess of 10 people to the pitch, and at a WPP level, Ramogase believes that 40 to 45 people, on and off, worked on the pitch. The losing agencies are reimbursed through what is called a rejection fee, which clients have to pay to those agencies according to law. “It is not up to the generosity of the client, they have to,” he says. However the amount of that fee is up to the client, which he reveals in the case of MTN was between R150 000 to R200 000. “Reimbursement is nowhere near the cost of what you actually invest into the pitch… As Mindshare South Africa we spent inordinately more to commit those resources over that time… the costs can run into the millions.”

The MTN account saw the winning agency working across all of MTN’s business, not just specialised sectors. According to Ramogase, this is the prerogative of the client. “Quite often a client wants to work at a network level; they want everything to sit with one network so they can get the economies of scale that come with negotiating with one network. But often clients are happy to work across networks. MTN was one of the exceptional clients that wanted everything under one network.”

An account the size of MTN doesn’t come along every day. When asked how many accounts of this type an agency generally has on their books at one time, Ramogase says, “If you are lucky, two. But generally you have one really large client (the anchor client) like an MTN which can decimate an agency if they leave. Big clients like that tend to have a lot of conditions around exclusivity in the category and because of the sheer volumes traded on someone as big as MTN it is very difficult to sustain anything more than that, unless you’re a really big network like ourselves, we have a couple of really large clients in our portfolio.”

“Losing this client was absolutely a big blow to Mindshare, we would rather not have lost them,” Ramogase admits. “But it is not the kind of thing that will close our doors, because we are pretty spread by way of risk in terms of sheer size of the client. We have got enough pieces of business in the portfolio to sustain us, beyond any one loss. The trick is just to bounce back with a similar contribution of revenue to our portfolio”.

He explains that a smaller agency billing at around a billion rand a year would have been decimated by losing MTN, which was around R400 million a year. “When you lose 40 or 50% of your turnover in one client, that is decimating. We, on the other hand, billing at around R3 billion a year, losing an account like that is not too disasterous, while it is regrettable”.

The positives of the pitch process

Ramogase says the pitch process is not always such a bad time. “People may see it as a time of anxiety, and a lot of work, but it can also be quite a unifying time for an agency. You really start to see the extent to your company culture in how willing people are to help, and bring pieces of business home. We, at Mindshare, found that when we got into these pitches the strength of character of our people, and the willingness to work together and help one another out to come to fantastic outcomes actually is a spirit builder, as opposed to the often thought downer that it is.”

How to make the pitching process better

Ramogase concludes with a response to the question of what improvements could be made to the pitching process in its current form. He wants to see:

The MTN Africa pitch was won by Omnicom Group. In a statement on its appointment MTN said the agency was chosen “based on having met the functional and commercial requirements. These requirements were scope of work and specialisation, industry and geographic track record, proposed resources (footprint, team and transformation agenda), and specified risk and financial parameters.”  MTN’s statement went on to say, “The appointment of Omnicom Group spans the areas of brand, media, digital, public relations, internal communication and sponsorships, across MTN’s functional areas of Marketing, Consumer, Enterprise Business, Digital Services, Corporate Affairs, Human Resources and Investor Relations at a Group level, as well as the company’s operations in 22 markets.”