SEMs: Go forth and compare apples with oranges 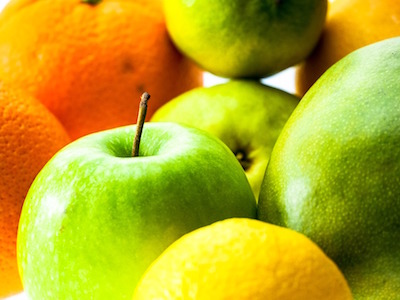 Well now that wasn’t so bad. I’ve asked the first Twit question and we’re over the first ES obstacle. Nobody has sent me for counselling with Robert Ruud, or stopped following me on Twitter.

So, let’s press on with the mission. Bear in mind, though, that this sequence of blogs isn’t a Q&A session. It’s a Q session because like most media folks in Mzansi who have two belly-buttons (one from your mother and the other from AMPS), when it comes to the practical application of ES data, I don’t know my A from my Q.

As I indicated in my previous blog, I don’t know why we as a consumer-nation are collectively worth 11% less than in the good old AMPS days. Maybe we can point to the revised ES sampling framework or changes in research methodology. Maybe it’s just the stark reality of 26% official unemployment in Zupta-World. But that’s not the stuff we Media Twits need to bother with right now.

Unlike the 2BBs, with their umbilical connection to AMPS, we Digital Natives stride confidently into the brave new ES world, ready to apply the data without fussing about the detail.

We need a bridge from AMPS world to ES-World

To cross the river of indecision from AMPS-World to ES-World, we need a bridge, though. Something that is both familiar and relatively simplistic. Useless as they may be for target market segmentation in the modern media world, LSMs can provide not so much a bridge, but at least two stepping stones.

The first step is to establish whether AMPS-LSM and ES-LSM behave the same. Yes, I know that all comparisons between AMPS-LSM and ES are inspired, if not by Satan, then at least by Dennis the Menace, but in the functional media world we are compelled to compare apples with oranges every day. I mean how else can we measure the relative contribution of a 30-second TVC with a FPFC in magazines?

ES-LSM uses the same variables as were previously used to define AMPS-LSM but the ES sampling framework provides a very different picture of the distribution of those households. Yes, there is the familiar bell-shaped curve peaking at LSM 6 but each individual LSM segment shows significant variation in attributed households, and if we combine this with variations in claimed HH income (see previous ‘Brave New World’ blog) then the ‘LSM value landscape’ becomes very different.

For instance, in AMPS the LSM10 segment represented 20.9% of total monthly HH income, whereas in ES it represents only 12.2%. ES-LSM6 on the other hand now represents 26.8% of monthly HH income value, which is significantly higher than the 15.2% in AMPS. So, if you’re going to transition from AMPS LSM to ES SEM, it helps first to reweight and position your previous LSM target market parameters onto the ES weightings.

Of course, if there was product and brand information in ES, or multi-based on to ES, then we wouldn’t need to do any of this. But there isn’t, so on we go. Once you’ve found your old LSM-self in the ES-LSM model you can take the next step and try to create matching SEM target market parameters. It’s kind of like Where’s Wally for media grown-ups.

There are significant changes in the variables that are used to develop the SEM model. A detailed discussion of these variables is reserved for another blog. Suffice to say that the overall number of variables has been decreased to 14 and that there is a strong focus on structural items (such as roof and flooring materials), a relatively lower reliance on durables (such as washing machines and microwave ovens) and no reliance on technology items (such as mobile phones).

Despite these differences, courtesy of Decimal Dan, we see a reassuringly familiar shape when we look at a correspondence map of the ES LSM & SEM segments. If you don’t know who Decimal Dan is, then ask your dad; or if you’re a Digital Native, ask your granddad.

At a glance, we can see the gradation from Rural, through Urban to Metropolitan communities. There are significant differences in Av. HH Income between the individual cells, but the progressive growth in earning (and presumably spending) power is clearly in evidence. So perhaps looking at HH income or personal income levels might provide another sound stepping stone to transfer AMPS-LSM insights into the SEM framework?

Of course, AMPS-LSM10 (6% of households) and SEM (7% of households) still represent the top end of the market but few, if any, planners target individual SEM (or LSM) cells. So, one of the biggest challenges is to create (or re-create) target market ranges or clusters using SEM. This exercise will become increasingly relevant when the ES-weighted TAMS data goes live in June, because let’s face it, most media plans centre on effective TV planning and buying.

For those familiar with the Muller Cluster Model it is interesting to note that SEM1 corresponds with the Traditional Market (the old LSM 1,2&3) and that SEM2 and SEM3 correspond with The Transitional Market (the old LSM 4&5). Not in terms of size and value, but in terms of relative positioning. If you were using AMPS-LSM 7&8 to target the Upper Middle B market segment, then maybe you need to use SEM 6,7&8 to recreate the same percentile segment.

So, there we have it. Everything is different but everything looks reassuringly familiar. Go forth and compare apples with oranges because in Media-Twit Land, we don’t look for the right answer, because it doesn’t exist. Rather ask the questions that are relevant to your product category or brand and come up with solutions, or more specifically SEM solutions that answer your questions. Maybe in five years there’ll be established SEM benchmarks, but right now we are all, rightly or wrongly, creating the individual insights that will in time become the collective wisdom of the brave new media world.

Of course, if you only have one belly-button then you can ignore this blog. Go to SEM. Go directly to SEM. Do not pass ‘Go’. Do not collect 200. But that’s not Where’s Wally. That’s a different board game entirely.