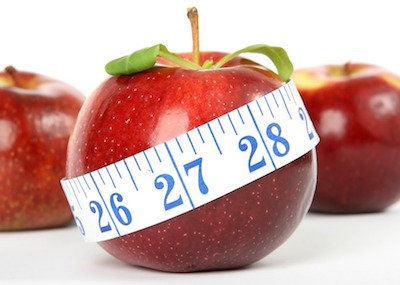 Writing in Brave New World, Aldous Huxley noted that “most human beings have an almost infinite capacity for taking things for granted”.

Whether you have taken AMPS for granted for the past 40 years, and you think the media industry has reached the end of an era, or you feel that the launch of Establishment Survey (ES) signals entry into that brave new world, we all need to accept two facts:

It is with bated breath that I’ve been waiting to see which of the big industry players will be first to market, using actual data from ES to start informing media selling, planning and buying decisions. To my surprise though, and we can blame it on the Easter Bunny who has effectively closed the Mzansi media factory for the month of April, nobody has had anything to say since the launch of ES.

It’s like watching the start of the of the old Monty Python Twit Race. If you’re too young to recall it, here’s the YouTube link and if you’re old enough to recognise yourself or a colleague, please note that name and addresses have been changed to protect really nice media people.

We’re all waiting to see who’ll be out the blocks first and who’s going to make a twit of themselves first.

Well, my grandchildren have taught me a lot about being openly inquisitive and asking awkward questions without shame (Grandpa why is your tummy so squishy? What happened to your hair? Grandpa why we do have to support Arsenal?). So as I, like the rest of the media industry, start to unpack the data in ES, I’m unashamedly going to ask questions for which I don’t have the answers. Even if it does make me look like a twit!

This will be the first piece in my series of questions about ES and some of the new insights which will govern our media thinking in the post-AMPS landscape. I don’t have the answers but I have some understanding of the implications.

Now, we’ve all been told that we must not compare ES with AMPS. The two databases are vastly different in terms of sampling framework and methodology, and no trending is possible; but telling media planners not to compare AMPS and ES is like telling the Brits that they shouldn’t compare life in the UK before and after Brexit, because the economic and social parameters have changed.

This may be the correct stance for researchers and statistical purists, but the rest of us squaddies out here in the media trenches have to try and explain why the concepts and numbers that we’ve used in the past will no longer apply in 2017 and 2018.

Let’s begin interrogating the new ES data by looking at the size and value of the reported consumer market. Households and household incomes is a good starting point. Well, if you think that being downgraded by S&P and Fitch is bad news for the economy, it’s interesting to note that ES got there first.

The reported number of households in ES (July-Dec 2016) has increased by 2% to 15.9m but average household income (HHI) has declined by 12% to R9 885. AMPS2015 (Jan-Dec 2015) reported average HHI at R11 276. This has the effect of ‘down-grading’ the total reported monthly income (and presumably the average spending power) by billions of Rands each month.

Now it may be argued that this is the new economic reality in Jacob Zuma’s Mzansi, and it’s all just relative, but if future media campaigns are to be directed at maximising ROI, not just buying cheap exposure against increased consumer universes, then this places a tremendous premium on understanding the commercial viability, not just the population size, of target market segments.

Ideally, this evaluation should be done at a product category or brand level because it’s at this consumer level that we get a sense of the market ‘self-segmenting’ on established purchase behaviour. Unfortunately, ES does not provide marketers with that level of scrutiny, so we need to rely on externally constructed and superimposed models, such as LSMs and the new ES Socio-Economic Measure (SEM) to review that value.

How to build a bridge from AMPS LSM to ES SEM is the subject of a different set of awkward questions (and no doubt one that will see me again sitting on the research naughty step for attempting to compare data across surveys) but, for the purposes of discussing household income, the 10-point scale inherent in the LSM and SEM models, serves as a simple facilitator and illustrates both the need for, and the complexity of, setting revised macro market-segmentation parameters.

The chart above reflects the total HH Income value (Number of households x Av HHI) of the RSA market. The implication is quite clear. Beyond the ‘Elite’ in LSM10 (6.2% of adult population) and SEM10 (6.8%), the ES data shows a much flatter distribution pattern for “household purchasing power” on a monthly basis; and the much celebrated LSM6 is looking a lot more like a phantom pregnancy than the ‘preggy-bump’ that was supposed to deliver the next heir to the consumer throne.

It’s not enough to just migrate the old LSM segmentation parameters from AMPS to ES. It is crucial that each and every marketer totally recalibrate all existing segmentation models to reflect this new market reality. For instance, the implication of this distribution pattern, for increasing the use of indigenous languages in advertising and media is staggering, and this will be particularly relevant when TV planning and buying has to adjust to the ES-weighted TAMS data due to go live in June.

We can of course hang on to AMPS 2015AB and the old population estimates and segmentation models, if we feel the sampling framework was more appropriate for assessing the economically and commercially active population, but we need to question the value of market data collected in 2015 for projecting media audiences in 2017 and 2018.

So there it is in a nutshell. Twit question #1.

Does the overall consumer market have 11-12% less to spend each month than it did in 2015 and, if this is the new reality, how do we apply this insight to adjust previous market segmentation models?