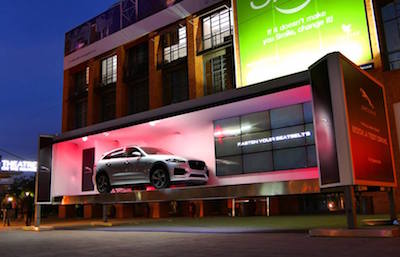 Over the years I have heard a lot of disparaging comments about media sales representatives. Some of these have been well founded, but many were not. These unflattering remarks have touched on individuals’ (limited) intellectual abilities, physical attractiveness as a substitute for the former, work ethics, avarice and even less savoury aspects of character.

There was also a tendency to make generalisations according to the media type, these folk represented. The television contingent was often accused of having it far too easy and the magazine set was thought to focus all their efforts on dropping off publications. Then, there were the out of home people, who were…well, a bit ‘cowboyish’, and not quite to be trusted. Who, among media buyers, did not have a tale of having inadvertently bought an illegal site, or of having had to wait a suspiciously long time to receive proof of flighting? 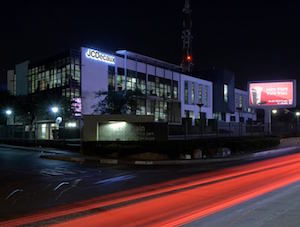 The release of the Roadside Outdoor Audience Data (ROAD) earlier this year was a transformational moment for the out of home industry. I was curious to find out how the OOH sales people were adapting to the availability of so much detailed data. After all, one of the favourite generalisations made by media agency personnel is that sales people do not care much for research. Indeed, one often hears the members of media owner research and insight departments lamenting the lack of interest their sales colleagues have in understanding the relevant research data.

A recent conversation that I had with members of the JCDecaux sales team was one of the most surprising and heartening discussions I have had in a long time. Every one of the team was adamant that ROAD had elevated the status of their medium, and made it easier to approach clients with confidence, and engage strategists in meaningful dialogue. On the most basic level, measurement provides a sense of credibility, a right to sit at the desk and make a sensible argument for a slice of the budget.

But what interested me so, and did seem to disprove the myth of the commission obsessed media rep, was the enthusiasm and pride with which they talked about being able to offer relevant and crafted solutions to their clients’ communication needs. For a direct sales rep, having the data that can quantify the value of each particular site, both in terms of traffic and visual impact, is a great step forward. Two sites on the same road within a quarter of a kilometre of each other may differ significantly in terms of visibility, due to each one’s orientation towards the road, size, and the direction in which traffic is moving. Being able to provide reassuring evidence to canny customers is a boon.

For those reps dealing with more sophisticated marketers, the data provides so much more to discuss. And yes, to my delight, there are data enthusiasts among sales teams: There really was comment about being able to show how the reach curve levels off in a campaign, and the implications that it might have for budget deployment. There was a palpable sense of responsibility, with discussion around how one should not simply accept and blow any given investment. A recommendation on a responsible budget could lead to longer campaigns or to the use of additional OOH platforms. There was a sense of wanting to ensure that OOH was intelligently and effectively woven into the overall client campaign. The goal is to provide bespoke solutions not cookie cutter plans. Is it a reach or a point of interest driven campaign?

With great honesty, not every sales person claimed to be comfortable with leaping into the data to construct their arguments, and those that were stressed the importance of the guidance of their marketing analysts. Having an ex-agency person leading the charge certainly helped them to craft relevant arguments. There was a refreshing feeling of mutual respect between the sales and market analysis departments. 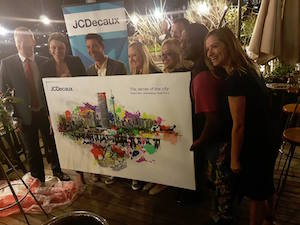 Sensibly there is a long-term view. The data was released early in 2017, missing the key strategy and planning periods in the third and fourth quarters. But the upside of that is that there is the opportunity to discover the stories in the data, to educate agencies and clients about the research, to learn more about client objectives and overcome objections.

The obstacles and objections that these data advocates had encountered were curiously personal. Simple ego still drove some buyers. In other cases, they felt that “relationships” still trumped data. Those relationships were largely characterised as the old style drinking ones, and there are fewer of them than there used to be in our era of procurement and audits. There is another strain of this concern, which centres on the plight of the ‘little guy’. The Outdoor Measurement Council has revised its terms to try to expand its membership beyond the ‘big’ companies, and allow for meaningful representation of the small operators.

Given the long tail of these in the industry, encouraged by some municipal councils, it will be difficult for the uptake will be significant. Ultimately, the question media buyers will have to answer is what the role CSI, or Ubuntu, plays in media investments.

It is too early to detect the sales benefits of the research in Ad Dynamix, but the research will boost OOH’s share. What will be fascinating is to see which of the outdoor players leverages the data most successfully.