Posted By: Michael Bratton: May 18, 2017In: Research
Print Email 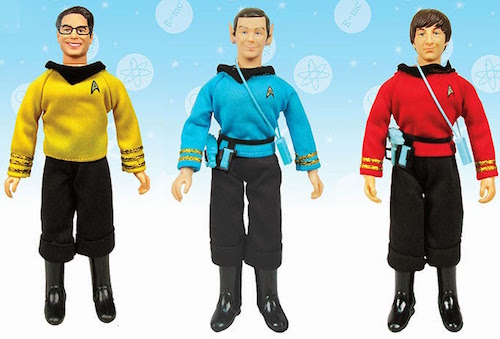 Viacom has revealed insights from three international research pieces, with an African twist, that explored trends in preschoolers, youth and young adults.

Using the research as a guide to continuously shape its programming and to get a better understanding of its target audiences, Viacom investigated the changing ways that  three groups are engaging with content and technology: pre-schoolers, youth and young adults as well as a peak at that forgotten segment, GenX.

“We believe as an organisation that understanding the consumer and understanding the audience has to be at the root of everything we do,” said Viacom’s senior vice president of global insights, Christian Kurz. “So we truly want to understand what is happening in consumers’ lives, not just what they watch on TV or even their media consumption behaviour; we want to understand their life, so from an editorial perspective, we speak to their lives and actually speak to them through the content we create and the way we market and message to them”.

While Viacom has done preschooler and youth research in the past, what is new is the young adult component. “We do a lot of research on consumer insights and we want to share that knowledge because we want to make the media world more reflective of what is really is happening in people’s lives,” Kurz added.

The preschooler research included some surprising elements. Parents feel they should expose their preschoolers more to the world around them, and not keep them as sheltered as they might have done before.

While they do worry about safety, they see the value of them playing outside and interacting with their peers. They are also involving them more in chores, letting them use and learn about ‘big kid’ objects like knives, and listen to their opinions more around decision making. Enabling experiences are teaching preschoolers to be playground-smart, independent and socialised, while progressive play gives them resilience, confidence and imagination. Tactical tech time is making today’s preschoolers knowledgeable, able to problem solve and interactive.

Viacom’s research into youth aimed to find something special that makes them tick. To reveal the youth trends, the event organiser got the youth to tell attendees through a spoken word, rapping, poetry slam, dance type of presentation. They described themselves as unapologetic, unfiltered, restless, and aspirational who have a love hate relationship with social media and who are looking for brands that relate to them. They want to tackle life’s big issues while securing their own futures. Kurz agrees adding, “It’s the flux, it’s fluxing and flexing. The fact that there is not one thing that any of them are. They’re mixing and mashing and putting them together, and reacting in different ways to different things”.

While the world constantly refers to Millennials and Baby Boomers, there is a forgotten generation in between that has been quietly getting on with life. This is GenX, and they have been defining a life which goes against the expected norms. “They have reinvented what it means to be an adult and they are not choosing traditional paths in life,” Kurz said. “They have not grown up to be old and boring. It’s about independence, a fierce independent spirit that’s resonating through with the adults today. And what being an adult means today is just very different from what it meant 20 years ago.”

He cited a surprising fact. “The most important thing in a relationship is good sex for GenX, it goes against what we think.” In terms of friendship circles, they are narrowing for GenX, but they are choosing quality over quantity. They are also highly involved with social media and technology, but use it in a completely different way from the youth. Kurz said GenX did a lot of things first including the “she-conomy”, social media, high-tech innovation, flexible and fulfilling work, and being industry disrupters.

When asked about the importance of the South African market for Viacom Kurz replied: “Africa is hugely important as a growth market for us. And South Africa as, really, the lead market within Africa is incredibly important to that as well… Africa is a market that is being paid a lot of attention to because growth is not coming from Northern Europe; growth has to come from the Africas, Asia and Latin Americas of this world”. Research that is coming up in the next few months from Viacom, which will build on all these insights, includes ‘Modern Dads’ and a follow up on a piece of research entitled ‘The Next Normal’, which was done five years ago.

Here are some pics from the event.

To see the live tweets that were made during the event, follow Michael Bratt on Twitter @MichaelBratt8