Getting more attuned to radio audiences 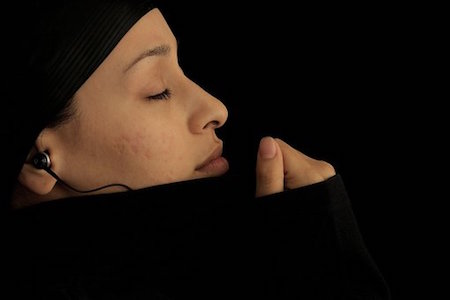 Advertisers and media agency personnel rely on media currency surveys, such as BRC TAMs and RAMs, to inform their selection and purchase of legacy media. These primarily provide an understanding of audience size and demographics – the basic blocks of media buying and selling. But if one wants to understand the unique relationship that a successful media brand has with its audience, it is often best to engage with the people who actually produce the content that attracts and engages the readers, viewers or listeners.

Once print editors were primarily fierce defenders of editorial integrity, although the custodians of lifestyle magazines in particular were prepared to share elements of their understanding of their readers with advertisers. Hard times and the rise of native advertising have driven editors to engage more enthusiastically with advertisers while trying to maintain a sensible approach to editorial integrity. Interestingly, one of George Osborne’s first moves on arriving as the new editor of the Evening Standard was to meet with advertisers.

In South Africa, the broadcast media seem to have less enthusiasm for fronting their content creators to the buyers of their airtime. I was, therefore, very excited to participate in one of the modules of Mediamark’s In The Know Now initiative, Know Radio Broadcasting, which is designed to provide a behind-the-scenes insight into how a radio station operates and engages with its audience.

Kaya FM hosted the event at their slick studios in Rosebank, and put together a programme that ensured that we got a really good sense of the challenge of engaging with listeners 24/7. Not only were we exposed to the breakfast show debrief, product team meetings, a news team handover and watched the redoubtable ‘Georgie In The Afternoon’ in action, but we were even given the opportunity to script and record a commercial. Sitting in the studio, while a sound engineer improved our efforts was a fascinating and fun experience.

It struck me that are so many aspects of radio that planners and buyers do not consider. We seldom think about the regulatory parameters within which stations are compelled to operate. In the case of Kaya FM, it is required to adhere to a ratio of 40% talk and 60% music, as well as deliver on news and local music quotas. Given the massive upheavals in the radio industry in terms of talent shifts, it certainly gave me a new sense of appreciation of the ingenuity required for radio stations to differentiate themselves meaningfully in a rapidly changing landscape.

Kaya FM is one of the stations that has recently undergone significant line-up changes, one of which is that David O’Sullivan took over the Breakfast show in May. While not, perhaps, the most obvious choice of presenter for a station aimed at the ‘Afropolitan’ the arrival of this seasoned news and current affairs doyenne is timely given the tempestuous news environment. Sitting in on his show’s debrief gave us a good sense of a team melding. Discussions around the sanctity of advertising in the station clock drove home the importance of the breakfast show in generating station revenue.

Of course, music is central to Kaya’s positioning, as expressed in the slogan of Good Music, Good Friends. The music department demonstrated the intricacies of ICASA and SAMRA reporting requirements, but more importantly discussed the station’s music philosophy. It is rooted in soul and jazz, with the latitude to explore the extensions of these genres. The station has played a significant role in discovering and promoting local artists. Video plays a significant role here. The Socialbakers Suite ranks Kaya FM’s YouTube channel in fourth place in South Africa’s Media top 10. This places it after News 24,S and SABC. This is no small achievement for a regional radio station!

Experiencing the passion and dedication of the Kaya FM team conversely raised the question of how little attention creative agencies seem to pay to the conceptualising and creating of radio commercials. It was not surprising to discover that the station does reject commercials that are deemed to be patronising. This is, perhaps, not surprising in that the station audience is not one that is easily encapsulated in a few basic demographics: it is something more of a mind-set. Add to that the fact that many young agency copywriters are unlikely to be soul and jazz aficionados, and it is not surprising that creative agencies miss the mark. Indeed, there is no doubt that media strategists, planners and buyers would benefit from exposure to the station’s content creators. Kaya FM’s concept of “the three-day weekend”, should surely mould flighting strategies?

Overall, it was a thought provoking and inspiring experience: it is one I would heartily recommend to advertisers and their agencies.

(In the interests of full disclosure, I am involved as a presenter in two other modules of Mediamark’s In The Know Now skills development and knowledge sharing programme.)