Posted By: Michael Bratton: August 29, 2017In: Out of Home
Print Email 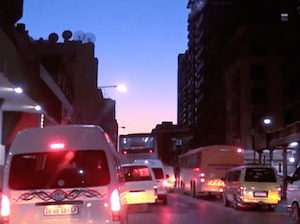 Massiv Metro caused quite a stir in the radio space when it launched at the beginning of May. A product of Massiv Media, and DJ Sbu and his team, the in-taxi commuter radio station’s September reach will be an accumulative weekly audience of 700 000, excluding app listeners. Michael Bratt spoke to the players behind this initiative to find out more.

Tiff Willemse, CEO of Massiv TV, says for many years DJ Sbu wanted to go on his own and set up a radio station so he and his grouping were looking at options. “Simultaneously we started looking at the evolution of our business and how we could be part of a new initiative,” he says. Willemse personally knew Tony Mallam, who was working with Sbu, and Mallam brought everyone together.

“Content has become the preeminent drive to media interaction. With the introduction of Sbu and his team through Tony we are able to bring some of the best content available on radio to the air. And that really was the launch pad for the opportunity to combine a proven track record of implementing new technical innovations in this difficult space with incredible access to talent and content,” he says.

Gary Tilston, commercial director of Massiv Media, explains how this new radio offering fits into the company’s overall business. “Client’s budgets have just become so tight and they have to be accountable, so with us there is no wastage. Every cent has to count and that is what we have tried to do with our current mix at Massiv Media; [we] create solutions and value with all the various components. And with Massiv Metro that adds a whole new angle from what we can do from a solutions perspective.”

Massiv Metro is installed in 500 taxis so far, with another 500 currently being worked on. A further 1 000 will be added this year taking the total to 2 000 vehicles by December. Currently working on a five-day line-up (Monday to Friday), a weekend line-up will be revealed early next year. The target for the number of taxis is 3 000 vehicles by March 2018.

Asked how much this initiative cost, all the stakeholders were reluctant to give actual figures with Mallam commenting, “It’s nowhere near what it would be for a mainstream FM station. It’s sufficiently a lot of money… Advertising will only kick in during our first commercial month which is September. So we’ve had to put some money into it.” Willemse will only reveal that “it was a significant investment” that was split between all of the shareholders.

Other models of online radio were researched as case studies with the main finding being, “Conventional online models fall short on not having a clearly defined audience and free access to that audience”, says Willemse.

Massiv Metro is designed in such a way that taxi drivers can’t switch off the programming or change to another station. To reward them for their loyalty, Massiv Metro has created a driver incentive scheme, offering vouchers and airtime, as well as competitions for commuters where the driver is rewarded as well.

A return to commuter radio for DJ Sbu 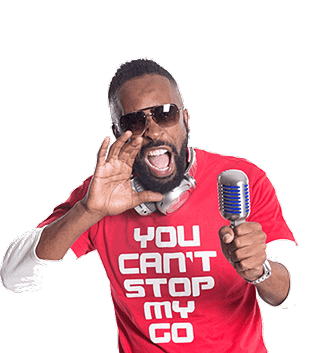 DJ Sbu’s involvement in Massiv Metro sees him return to an old stomping ground as not only was he a taxi commuter in his youth, but one of his first jobs was as a DJ on CommutaNet’s Star Taxi Music programme, which distributed cassette tapes containing the latest music.

The payoff line for Massiv Metro is ‘Rocking, Real and Relevant. Sihamba Phansi’ and much research was done into both taxi commuters and drivers to ensure the presenter line-up was multilingual, spoke the Kasi lingo, and was authentic. What also came out of the research was a finding that listeners don’t only want DJs, but also celebrities they follow on social media. These include Shashi Naidoo, Celeste Ntuli and Thembi Seete.

Massiv Metro also formed a partnership with Soccer Laduma which sees the latter providing the station with the latest soccer news and features, not only for a thrice weekly show hosted by Mark Fish, but also for other programming. DJ Sbu and his team were tasked with sourcing the talent for the new station.

Massiv Metro comes on the back of Massiv TV, which has been around for 10 years. This venture, along with the rollout of free Wi-Fi capacity, allowed Massiv Media to previously create infrastructure at six major taxi ranks in Gauteng (soon to be eight), securing assets in the ranks and partnering with associations, a good starting base for Massiv Metro to be built upon.