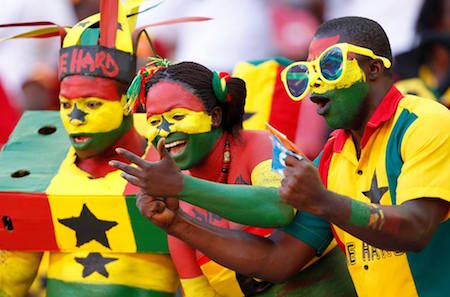 Gary Alfonso arrived at FOX Africa just under a year ago, tasked with stabilising the business and growing it strategically while at its helm. Michael Bratt sat down with him to find out how the past year has been as well as to discuss the exciting projects currently on the go at the broadcaster.

The advancement of sport on the continent is a priority for FOX Africa. “Developing the FOX Sports business from an audience perspective and from a content perspective, bringing those two as close together as possible,” Alfonso says. “Soccer and boxing, from a sports perspective, were some of the first tactical executions that had to be done.”

At the end of March, FOX Africa hosted a four team regional club soccer tournament in Senegal, a prelude to the launch of the first 16 team West African football Cup of Nations in Ghana in September. “20th Century Fox and Fox Networks Group (FNG) is one of the few media companies in the world that is investing in Africa right now,” he says. “We invested hard cash into the development of sport … Football Associations don’t do deals with people who don’t put their money where their mouth is. We’ve put the investment on the ground.”

Boxing in the East

On the other side of the continent, FNG is investing in another sport, boxing. It hosted the first boxing event in Nairobi, Kenya at the beginning of February as a test run. From this week in Botswana, FOX Sports is running the sixth Annual Africa Boxing event with WBA sanctioned title fights between African nations. “No other sports network on earth gives you boxers from African nations competing against each other on that kind of platform,” says Alfonso.

For both sports, FNG has brought on board experts, including former coaches, analysts, directors and participants, as consultants to help better develop the sports platform.

Other exciting offerings coming up

FNG is currently also developing two new exciting offerings. Firstly, the team is in the development phase of the very first locally produced content by FOX, which will be aligned with global production standards and will stand alongside international premium content on the FOX channels. The other offering is a Subscription Video on Demand (SVOD) business. Since FOX content can’t be found on Netflix, a SVOD platform, being driven by the FOX Africa office, will be launched very soon in South Africa.

A new environment to create

Earlier this year, FOX Africa moved into an impressive new office in Illovo. It is technically-savvy with live links and video conference facilities straight to the UK office. It also has the most advanced server room of the FOX Network globally. “The single biggest asset for us is content and how we protect it. Piracy and network disruption is the number one concern for this kind of content business,” Alfonso explains. When asked why FOX Africa decided to move Alfonso replies, “Our old offices weren’t suited for our needs anymore. We couldn’t get the current and future requirement for the growth of our business allocated there; there was just no space there … and it wasn’t suited for our needs anymore”. A bigger space is a major benefit having grown from 300m2 to 700m2.

During the past year only one employee left FNG, but staff numbers more than doubled, from 10 to 21 people, something Alfonso describes as ““a sign of the investment FOX is making into sub-Saharan Africa as a market”. To help bring about stability, all key positions were filled which were vacated for various reasons in the previous year. These included director of programming and operations, and head of affiliate distribution and partnerships. Local financial management personnel, and research and development roles, in alignment with the UK operations, were also filled. Touching on the appointments Alfonso says, “Sometimes organisations need to align for future challenges and sometimes things don’t just fit”.

Alfonso concludes, “When I was recruited one of the things I said I wanted to do, is I want to be the guy that makes FOX rock on this continent and I’ve not deviated from that thought/goal from day one and one year later it is exciting”.