Exclusive: Minister of Communications gives updates on DTT and SABC 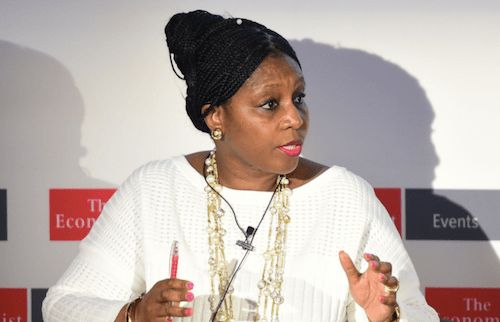 Speaking exclusively to The Media Online on the sidelines of the South African Media Summit, Communications Minister Ayanda Dlodlo has revealed what is being done to negate financial issues holding up the rollout of Digital Terrestrial Television (DTT).

“We are experiencing difficulties from a funding perspective. But what I’ve done is that I’ve brought other industry players on board… We’ve brought in other broadcasters, all of the mobile operators in the country – including the Department of Telecommunications and Postal Services and ICASA the regulator – just to ensure that there is sufficient support, both from a skills and a financial perspective. All of these players have said that they will be able to assist,” she explained.

The deadline for DTT migration is December 2018, which Dlodlo describes as “very little time to go through the process”. The original deadline was June 2015, which left South Africa hopelessly behind where it was expected to be. Since then, ongoing litigation, successive communications ministers, confusion over official policy on encryption, among a host of other issues, has seen the process stymied.

Now the minister says an Advisory Council has been set up with all of the role players on board. “They are working almost 11 hours around the clock to ensure the programme is speeded up… We are all geared to meet that deadline”.

Asked if she thought we would make it, Dlodlo responded, “Oh God, I hope. I really hope so because as much as it will not be a reflection on whether I am doing well or not, it just is a negative reflection on South Africa. We have missed deadline after deadline after deadline. And that’s why I thought it was important to bring other stakeholders on board so that they will be able to see where it is that they can fit into our system in ensuring that we do meet the deadline.”

A priority for the department is enhancement of its DTT awareness programme, with Dlodlo admitting that large numbers of people are not aware of what is actually happening. “As we speak right now, it is only those that are in outlying areas that actually understand what the responsibility is and have been beneficiaries of this… Not everyone is prepared for the eventuality that when we move, they will have to buy integrated digital televisions (IDTs) … we have spoken to the manufacturing sector to say, rather than only relying on set-top boxes, can the TV manufacturers also ensure that what they manufacture is integrated digital television sets at a much better price as the volumes will be increased as we migrate.”

Sorting out the SABC mess

During her session at the Summit, Dlodlo explained that good people needed to come into the SABC to turn it around and admitted that bad management had led the public broadcaster to the insecure position it is in today.

During the conversation with The Media Online, Dlodlo said sorting out the SABC starts with finalising putting the new Board in place. The process is being held up by President Jacob Zuma, who is “applying his mind” to the proposed new board members. After that, the broadcaster will be embarking on a talent search to fill the three top vacant positions in the public broadcaster. “The President has had egg on his face, not because he was reckless, but because we did not assist him fully with the process of ensuring that the people that he actually does sign off to appoint are people that are unblemished in terms of criminal record or qualifications,” Dlodlo said diplomatically.

During her session at the Summit, The Media Online asked Dlodlo if Hlaudi Motsoeneng would be welcomed back at the public broadcaster. Her reply? If he should return it would not be as CEO or COO and that if it happened under her watch, then Democratic Alliance MP Phumzile van Damme, who was also in attendance, would “have her for breakfast”.

To some people, Dlodlo inherited a department replete with a host of challenges and issues to address. A major problem, she said, is that hers is an underfunded department with a huge mandate.

“So if government is not going to fund this then it becomes difficult for the department of telecommunications and postal services to rollout its broadband infrastructure because there is no funding that is available. But fortunately we have other stakeholders who have been kind enough to heed my call and have come on board. So that funding lacuna is going to be dealt with, but not to the extent that I would have wanted it to be”.

From a government perspective the SABC is also not that well funded, Dlodlo said. “It’s only at 3% and if you want to have a fully self sustainable organisation, put in some capital injection to make sure that it can then grow, but that has to do with the type of leadership that we bring in.”