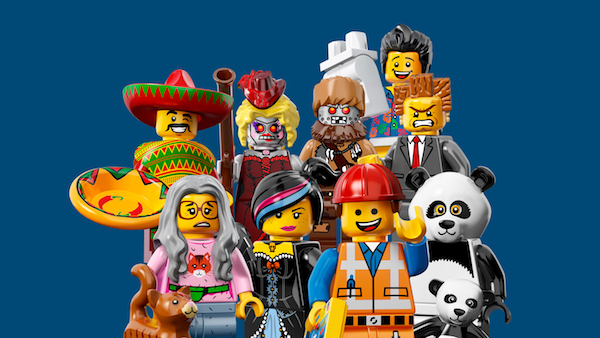 Creating content sought after by consumers but which still delivers a brand’s message, even in a more subtle way, has become the new norm.

An agency doing this with panache is South Africa’s NATIVE VML, which was recently named the number one entertainment agency in the entire world according to the Cannes Lions Global Creativity Report. CEO and CCO Jason Xenopoulos believes the agency’s success is due to its approach to work.

“We have a very single-minded philosophy around the kind of work we want to do. We describe it as purpose-driven work that lives in people’s lives,” he says. “What this is about, is understanding that we live in a world where you can no longer simply interrupt people, simply push out brand or product messages and steal precious time from them. You actually have to create things that are of value to the audience, that they want to engage with and content that they want to consume. Everything you do has to be a value-added experience for them.”

It’s been around forever

Branded content is nothing new. But like any other strategy, it has evolved over time. “Over the last 10 to 15 years branded content has really started to grow in volume,” Xenopoulos says. The main driver of this has been digital, bringing a proliferation of channels that make it easier for consumers to avoid traditional forms of advertising. Ad blocking and content platforms with no advertising have forced marketers to shift their approach. Brands realised that if they wanted to engage with consumers, they would have to create content that those people choose to consume, rather than be forced to consume.

“We’re just scratching the surface of branded content,”  Xenopoulos believes. “Traditional advertising, in the form of a piece of inventory that is bought on television, radio or in print, is one part of the marketing mix that is increasingly less important and less effective.”

Xenopoulos has a strong message for advertisers and brands: “We’re reaching a new inflection point, a recognition of the fact that as a brand you are not just competing with other brands. You’re actually competing with everything in culture. The Netflix TV series, the Marvel movie, the new Jay Z album; you’re competing against all that stuff for people’s attention,” he says.

“The only way to really compete in this space is to create messaging that is as compelling and sought after as the other mainstream content and entertainment. This new inflection point is going to see an increasing overlap between brands and culture creators; artists, musicians, film directors, as well as distribution companies and television stations. The marketing of the future and the entertainment of the future are going to become increasingly indistinguishable from one another.”

Value for both audiences and brands

The key to success is creating work that delivers true mainstream entertainment value but contains the essence of a brand as well. “Branded content that is forced has no value for anyone. If you create a piece of content that your brand is force fitted into, it dilutes the value of the content and it doesn’t deliver a powerful brand message,” explains Xenopoulos.

He adds, “The first challenge is, as a brand, are you brave enough about who you are and what you stand for to actually allow the content itself to take centre stage?”

A correlative challenge is, “If your focus is entirely on the entertainment and content and you’re not successfully weaving your brand into that content, then it becomes a great piece of entertainment but it doesn’t deliver any value for the brand.”

The real challenge for branded entertainment is, “Can you create something that is a worthwhile investment of money for the brand and a worthwhile investment of time for the audience? And that’s the magic point you have to get to, a piece of content that is absolutely worth investing the time in as an audience but absolutely worth investing the money as a brand”.

Asked whether he believes audiences will tire of branded content because they will realise it is still advertising, Xenopoulos replies, “If I deliver to you the greatest feature film you have ever seen, but it contains an ideology which is in keeping with the ideology of my brand, as an audience why would I be opposed to it? You’ve just given me the best feature film experience I’ve ever had”.

He names the Lego Movie as the perfect example. While it was a very entertaining piece of content, ultimately it was blatant branded entertainment with its purpose being to promote and sell Lego. But that didn’t stop people from flocking to see it, the film brought in a return of over $469 million globally.

“If you think about branded entertainment as some sort of insidious way to push your brand into an unsuspecting audience then that is completely the wrong starting point,” Xenopoulos advises. “The right starting point is to say, ‘As a brand can I partner with artists, filmmakers and culture creators to deliver the best possible entertainment content out there, but in a way that is also an extension of my brand’s ideology?”

Room for growth in SA

While branded entertainment is becoming a mainstream part of the marketing mix internationally, in South Africa its presence is fairly minuscule at present. The potential is there for it to develop, and at quite a rapid pace, and players in the marketing space are taking more notice of this trend, and are incorporating it more into their strategies.