Posted By: Michael Bratton: November 17, 2017In: Out of Home
Print Email 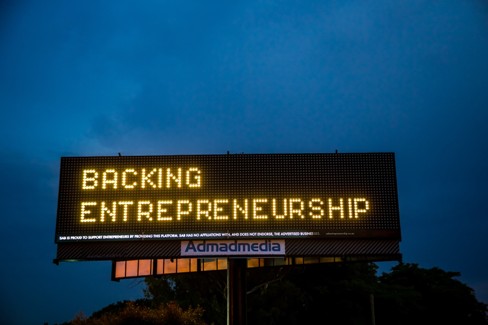 If you, as a small business, are looking for free publicity, then approach SAB, which has built a digital billboard along Jan Smuts Avenue and is offering free OOH advertising.

Explaining why SAB chose to undertake this project, Andrea Quaye, vice president of marketing at SAB and AB InBev Africa said SAB was actively involved in “encouraging entrepreneurship in South Africa and supporting small to medium businesses, particularly youth owned businesses, for more than 20 years. Through our interaction with entrepreneurs and a multitude of experts in the area of entrepreneurship, we have a good handle on the many challenges faced by entrepreneurs and how to help overcome these”.

Quaye added that one such challenge was the ability to raise awareness of their businesses “and being able to market it adequately when, more often than not, they are financially constrained. The SAB Entrepreneurship billboard offers these businesses advertising at a scale they would not ordinarily have the resources to achieve by themselves at their current level of operation”.

Why OOH rather than another media

Asked why SAB chose an OOH advertising format over other media types, such as print, radio or television, director of communications for AB InBev Africa and SAB, Robyn Chalmers, explained: “For the right concept and if used effectively, one billboard can have national reach and be more effective than any traditional medium backed by a big media spend.”

SAB owns the digital billboard that was specifically designed and built for this campaign. The brewer booked the billboard space, which is an original site, through its media buyer Initiative Media. The site is managed by ‘admadmedia’ and therefore no City approval was required. As SAB’s corporate advertising and creative agency, Joe Public is overseeing the work that appears on the billboard.

The entrepreneur’s business name, business service description and contact details will be featured on the billboard and looped over the duration 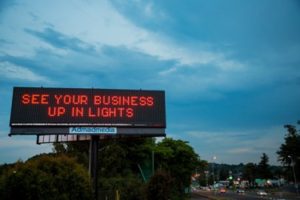 The billboard is part of SAB’s broader plan to back local entrepreneurs and create 10 000 jobs in South Africa by 2022. The SAB Entrepreneurship Programme will facilitate this. It comprises four entrepreneurship projects – SAB KickStart, SAB Foundation, SAB Accelerator and SAB Thrive.

As long as the entrepreneur has a registered business and consents to appear on the billboard, their inclusion will be considered. “SAB supports a multi spectrum of entrepreneurs and businesses across the organisation, as well as those who are part of SAB’s supply chain,” Chalmers said. “We are not limiting entrepreneurs to those participating in SAB’s Entrepreneurship Programme. All registered SMME businesses are welcome to apply.”

Since the launch, SAB has already received 500 business applications. The advertising will run until early December and applications will be accepted throughout.

Entrepreneurs interested in applying can send a sms to 33011. Your name, your company name, the service your business provides and a business contact number must be included.