Data must fall: At least one mobile operator is listening 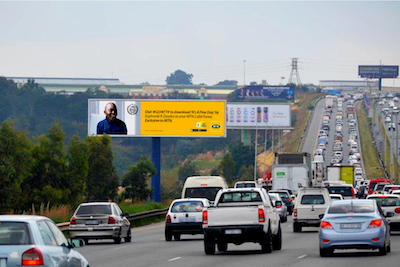 MTN has reacted to calls for the cost of data to fall, cutting out-of-bundle (OOB) pricing by up to 80% with a megabyte (MB) now costing just 29 cents.

“We see that lower income data users tend to use data for simple messaging, using over-the-top platforms such as WhatsApp and that usage is often below 5MB a month. The digital divide affects poor South Africans the most and we want to make it cheaper for this economically marginalised section of our nation to communicate, which is why we’re implementing this,” explained MTN SA CEO, Godfrey Motsa.

To qualify for the 29 cents per MB rate, customers need to have used equal to or less than 5MB of OOB data per month for three consecutive months. If they choose to use more than the 5MB of OOB data in a month, they will be charged 60c per MB for the remainder of the month.

Aside from the low-income internet users, other MTN subscribers will also benefit from the mobile operators move. Their OOB data will cost 60c per MB if they choose to opt-in by using the USSD code *130*1#. There is no cap to the amount of OOB data they can use, it will always cost 60c per MB.

MTN has also brought back its 1GB for R50 promotion, exclusively available off the MyMTN app.

Calls for government to open up the spectrum

Motsa said these moves by MTN were taking place in a constrained environment, as government has not opened up the spectrum, which would bring down data costs. “We have made these data pricing reductions despite the spectrum crunch that continues to hamper our industry but there is absolutely no doubt that the release of spectrum will allow us to continue dropping the price of data.

“We call on Minister Siyabonga Cwele of the department of telecommunications and postal services to release the much-needed spectrum that will boost the industry’s capacity and allow MTN to further drive down the cost of communication, especially for the rural poor,”