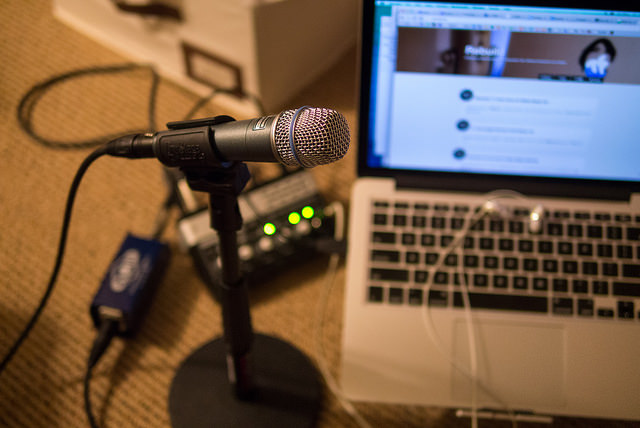 Having attended and spoken at the Worldwide Radio Summit last year in America, Jacaranda FM general manager Kevin Fine noticed that only a very small percentage of podcasts in the US are coming out of radio stations, around 1%.

He paired this fact with the latest podcast statistics, which state that $314 million is being made from the audio medium in the country.

Putting these two together, and spotting the opportunity in South Africa, Jacaranda FM decided to be a first mover and create a platform to host podcast content, “amplifying unique content through Jacaranda FM’s loudhailer”.

“We want to embrace what we believe is the future of non-linear engagement… Great content creators in South Africa are undervalued and under promoted… Looking at what’s happening internationally, there’s definitely a future for non-linear listening; it’s a bright future,” he adds.

Asked whether there is a risk that this platform could eat into the station’s listener numbers, Fine counters with the belief that it will actually boost listeners as new audiences who are searching for on-demand content will arrive. He adds that there is a misconception that people will choose either or, and not listen across both channels.

One of the biggest obstacles hindering podcasts in South Africa is high data costs. While at JacPod’s launch, the station has not been able to provide cheaper data solutions for the podcasts that will be hosted, Fine confirms that this is definitely something that will be looked at in future, with the ideal scenario being partnerships with telecommunications providers who will zero rate the data for the platform.

The hub is born out of comprehensive research from Jacaranda FM, which has not only explored the local podcast landscape, but also those in Australia, UK and America. “We’re adopting a very specific model in order for it to work. We’ve seen a lot of podcast environments grow organically, but almost by mistake. South Africa is a very immature market, but I believe we have a first mover advantage,” Fine says.

Hindrances to progress in podcast markets include too much content, not enough publicity, the fact they exist in a stratosphere, and no one making them completely available.

The aim with the content is to be highly experimental. Some shows will work, while others won’t, and it’s about trying them out and seeing which ones audiences are most receptive to. The type of content, personality and social media followings are just some of the factors that determine success.

JacPod has started with a small offering, six podcast series, but they cover a range of topics. These are what is currently on offer:

The contributors over a period will see monetary gains, but Fine is reluctant to discuss the revenue model. He is equally vague about the total investment the station has made into JacPod, merely stating, “It was a significant investment in terms of time, energy and airtime, but I don’t want to reveal an entire amount as it’s only going to get bigger”.