Bringing the sparkle back to the SABC (with video) 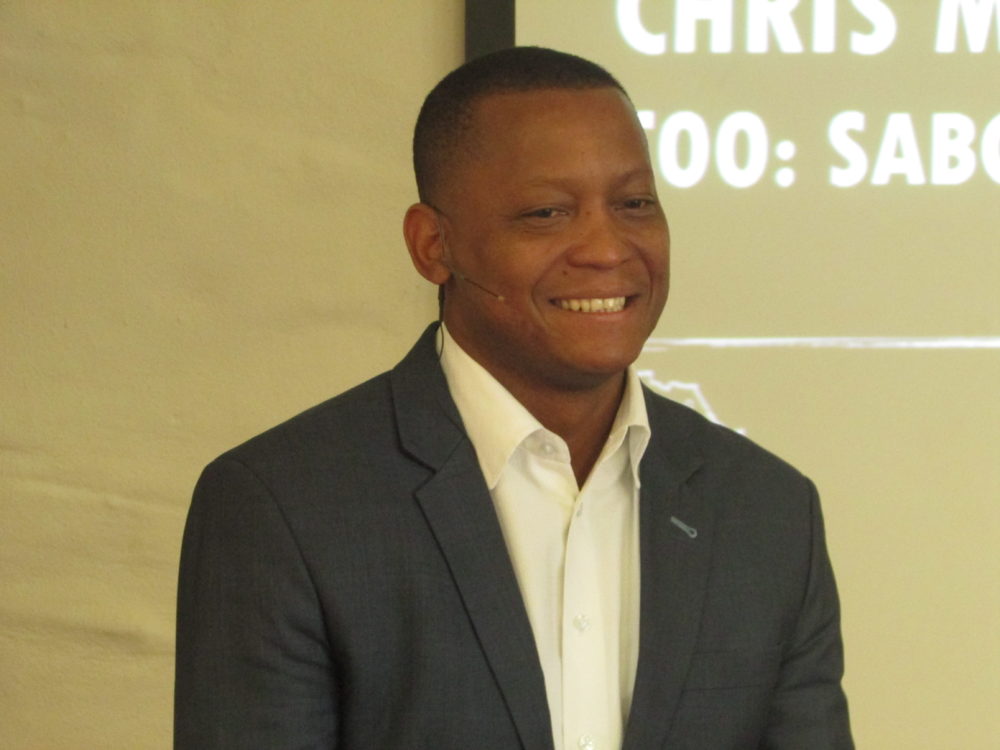 He also reflected on his time so far at the broadcaster, what he has been up to and what his focus areas have been.

Maroleng painted a picture of where the public broadcaster had come from, and what had been happening there before he arrived. He did not hold back, making some bold statements. “The SABC has been marred by significant challenges that have affected its reputation and standing as a public broadcaster of note… It has been characterised by times of deep abuses by those who lead this crucial institution. The damage has been significant and has affected our ability to serve the public of South Africa as mandated,” he said.

“There was severe damage and abuse to the people who form the SABC and this abuse was manifest in the bad industrial relations that characterised the SABC. The manner in which so called leaders interacted with and treated people in the SABC,” he admitted.

“Bad culture, and a bad operating model, underpinned by bad governance,” he summarised.

Despite this background, Maroleng said he still remained excited about the prospects of the public broadcaster.

Bringing the sparkle back

Emerging from an assessment of the SABC’s operating model were 15 key imperatives. From these, an operation plan was developed, which guides every division of the public broadcaster on how to move forward. The plan is called SPARKLE, a seven letter acronym standing for the following:

E – Exciting through efficiency and excellence

“This is going to be a long-term process. What we understand is that it’s urgent and we must be seen to be doing stuff and we must show the people of South Africa that we are determined to restore the value of the SABC,” said Maroleng.

Maroleng admitted funding is biggest challenge facing the SABC. The public broadcaster has a bailout application, currently with Treasury, but Maroleng said it had not been met with the same enthusiasm as in the past. “That requires us to explore other avenues to secure our long term funding… We are not optimistic about the prospects of getting the full guarantee,” he said. When pushed for an answer, he declined to give any further details about these other avenues.

More than 90% of SABC’s funding comes from its commercial exploitation and ventures, not government. In the past financial year, TV license payments generated R1.2 billion in revenue, from a very limited base, for the public broadcaster. “We are seeing an improvement in commercial prospects from our African Language Stations,” stressed Maroleng.

In the near future the SABC will be launching an app as part of its key focus on digital. With much of its audience migrating to digital platforms, the SABC has seen the signs calling it to boost its digital presence. “It will allow our various audiences to stream both television and radio, interface with the public broadcaster more effectively, provide additional content through a freemium model,” Maroleng revealed. September/October is the anticipated date of launch.

During his presentation, Maroleng reflected on his first 100 days in office. Entering with his “eyes wide open”, this time was spent focusing on executing the SABC’s mandate by focusing on these four key areas:

Maroleng faced a grilling from audience members during the question and answer session, but he held up well to the probing, delivering comprehensive answers.

He was asked whether there was any will left at the SABC to turnaround the organisation, to which he stressed that the newly appointed executives (group CEO and CFO) were just as determined as him to turn around the public broadcaster.