LATEST NEWS
Home Advertising Taking over the world: Is ‘Foogle’ all bad?

Taking over the world: Is ‘Foogle’ all bad? 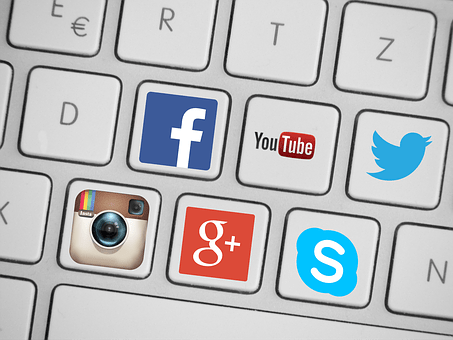 Facebook and Google are the biggest media owners in almost every market across the globe and they seem to be heading for world domination. But, is that so bad?

One of my favourite TV shows growing up was Pinky and the Brain (you’re humming that tune now aren’t you?). The best part of every episode was when Pinky would ask: “Gee, Brain, what do you want to do tonight?” and Brain would reply: “The same thing we do every night, Pinky – try to take over the world!”

Over the years there have been a few companies that have made a play for world domination, but in the last decade or so two, in particular, stand out. Google and Facebook. According to Statistica, as of Q1 2018, Facebook had almost 2.2 billion global monthly active users (that’s a third of the world’s population, give or take a few hundred million people). Google is so ubiquitous that “googling” became a verb in both the Oxford English, and the Merriam Webster dictionaries as far back as 2006.

These two global giants are so big that in 2017, according to an article in the Financial Times, they commanded 84% of global digital ad spend between them. In the US, Google and Facebook account for a quarter of ALL ad spend revenue – not just digital. As a result, more and more people have been expressing concerns about this digital duopoly.

Locally, PwC and the IAB tell us that 70% of digital ad spend goes to search (read Google), and we know from our own TMS billings how much we spend with Facebook. So the global picture is most definitely mirrored in South Africa.

So, while one would think that things are looking rosy for the world’s two biggest media owners (they don’t call themselves that, but let’s call a spade a spade), the reality is that it hasn’t all been plain sailing. They have both been hit recently by scandal and controversy.

Cambridge Analytica. Two little words, but one gigantic can of worms. Add in fake news and rigged elections, and they have given rise to senate committee hearings, threats to boycott Facebook, and campaigns to encourage people to delete their Facebook accounts.

What about Google? Well remember those YouTube ads that appeared next to ISIS recruitment videos in 2017? This is still an ongoing problem, and it’s not just terrorists either. Ads have been served next to content promoting white supremacy, Nazis, paedophilia and North Korean propaganda.

But here’s the rub… each time there is a scandal, there are threats by consumers to leave these platforms and delete their accounts, and advertisers vow that they will pull ad spend. But just how credible are these threats?

The reality is – not very.

In a Reuters / Ipsos poll conducted in April, half of Facebook’s American users said they had not changed the frequency with which they use Facebook. A quarter actually said they were using Facebook more, and only the remaining quarter claimed that they were using Facebook less, had stopped using it, or had deleted their account. Facebook claim that new subscribers in the US grew by 2% in Q1 2018 which, they say, is in line with previous years.

So consumers, despite the threats, keep their accounts open and if anything, are spending more time on these platforms. But what about advertisers? The simple truth is that Facebook, Google, YouTube (and the rest) are simply just too big to ignore for any extended length of time. They may boycott for a month or two, but in the end, they keep coming back. These platforms are just too valuable to ignore.

But why are they so valuable? Because they simply are the largest media owners in every market across the globe (except maybe China). In South Africa, Facebook is approaching 18 million monthly active users… a third of our population. We can reach eight million South Africans a day on Facebook.

YouTube has almost 12 million monthly active South African users. This makes both of them bigger than the majority of ‘mass’ media owners in the country. And before you all start saying that they only reach the top end, consider this… the SABC puts episodes of Skeem Saam, Generations and Uzalo onto YouTube after they run on-air (a ‘poor man’s’ Catch Up service if you will). Every episode is generating in excess of 200 000 views, some as many as 350 000. That is more viewers than the average episode of Carte Blanche.

Not only that, but with every click, comment, like and share, these platforms learn more and more about their consumers – and much of this data is available to us, as advertisers, to use and to help ensure that the right ads are seen by the right people. Looking to speak to people in the market to buy a new car? No problem! Wanting to sell gym equipment to cross fitters? Absolutely! Want to get households with gamers in Fourways to sign up for super-fast fibre to the home? Couldn’t be easier.

The plain and simple truth is that Facebook and Google HAVE taken over the world. Should we be worried? Maybe. But they have so much to offer us that, in my humble opinion, the benefits far outweigh the negatives… for now!

Richard Lord is head of digital and a business unit manager at The MediaShop.