Africa has become synonymous with growth, opportunities, innovation and challenges. Over the past decade the world’s second largest and second most populous continent has been experiencing growth at above global average levels – and all bets are on that the trajectory continues upwards.

These are, obviously, not without challenges. Comprising 54 independent countries, Africa is not to be typified: differences in regions, economies, and regulations can be as broad as the similarities in aspirations. Yet there’s no debating digital’s overriding influence and impact on media­ consumption – and the trends these are unleashing.

The 2018 Global Digital suite of reports from We Are Social and Hootsuite, released in January, reveals that more than four billion people around the world – more than half the total population – are now using the internet, with Africa showing the fastest growth rate, at more than 20% year-on-year. The number of internet users in Benin, Sierra Leone, Niger, and Mozambique has more than doubled over the past year, while in Mali the reported number of internet users increased by almost six times since January 2017. And recent data from GlobalWebIndex shows on average, we’re spending about six hours each day using internet-powered devices and services.

Across the continent, social media is exploding, with apps like WhatsApp, Viber, and WeChat serving as key messaging platforms, and even as news and entertainment sources. Facebook and Twitter dominate on the news front, though, offering media houses and agencies an additional platform to reach audiences. 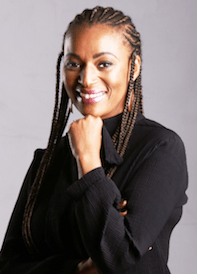 Africa’s biggest media challenge is one the rest of the world is also struggling with: how to monetise via advertising, and shift the dominance held by US tech giants Google and Facebook – who accounted for 75% of online advertising spend, and can claim 99% of global advertising growth in the third quarter of 2017. There are other considerations for the sector on the continent though: “The greatest challenges for media in Africa are mostly regulatory hurdles, high data costs, inadequate broadband capacity, and the delay in digital migration in most African countries,” says Busi Ntuli, managing director of TransAfrica Radio, the continent’s first satellite radio station, which launched in 2000.

Despite the challenges, proof that Africa offers vast lucrative potential, lies in the fact that global brands and businesses have long been successful on the continent, in all spheres of industry.

According to Shifting Market Frontiers: Africa Rising, Euromonitor International’s Megatrends report on the region, released in March, the continent has some of the fastest growing economies in the world, with Ethiopia, Rwanda, and Mozambique showing the fastest GDP growth rates, at above global averages. Consumer spending is expected to follow suit, and grow faster than global averages.

“The greatest growth in African media is concentrated around a few major urban English-speaking areas in South Africa, Nigeria, Kenya, Ethiopia, Ghana, Tanzania and Uganda. In Francophone African countries, most media growth is found in Cote D’Ivoire, Senegal and Gabon while in Lusophone countries, Angola and Mozambique are experiencing the most growth,” notes Ntuli.

Based in South Africa, TransAfrica Radio is one of the many South African brands and companies that have tapped into opportunities on the continent, where they’re vying with multinationals for a slice of the pie in everything from retail to banking, entertainment, telecommunications and FMCG – and by all accounts, the media sector is booming.

“The strongest opportunities for media are in the key major urban areas in sub-Saharan Africa such as Nairobi, Lagos, Addis Ababa, Dakar, Kampala, Abidjan and Johannesburg,” reckons Ntuli, adding that increasing access to mobile technologies and smart phones are “empowering and exposing African consumers to a myriad media choices – and the best prospects are in digital media.” 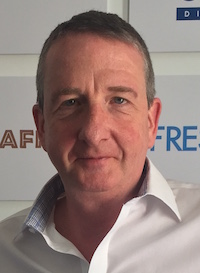 According to the 2018 Global Digital suite of reports, the number of unique mobile users around the world is up by more than 4% year-on-year, although penetration rates remain below 50% across much of Central Africa.

Sub-Saharan Africa’s growth in the digital environment may be strong, but comes off a low base, points out Josh Dovey, CEO of OMD, one of the largest media agencies in South Africa and a subsidiary of global giant Omnicom Media Group, which has been active on the continent for over 20 years.

”Nonetheless, in the same way that mobile telephony overcame Africa’s infrastructure and distance challenges in telecommunications, so current smart devices will bring this platform to mass populations, particularly in urban areas.”

A shift from tradition

Change doesn’t occur in a vacuum; the demands of a digital world have caused a shift in the media landscape, particularly with regards to traditional media. But this does vary by region and nation. In South Africa, for instance, digital has overtaken print in terms of ad revenue, yet Ghana’s 77% literacy rate means the publishing sector is robust, and growing. Yet across the continent, broadcasting corporations find themselves in the unfortunate position of having to compete for consumers’ attention, says Sipho Fakela, head of strategy, planning and buying at Marnox Media, an independent, South African-based media company, which buys media into Africa for print, radio, television, outdoor and online advertising. 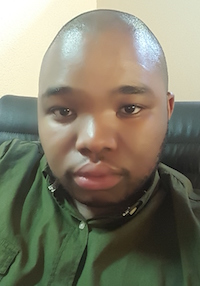 “Countries with high digital capabilities and those that have fully switched from terrestrial television (analogue) to digital have been hugely impacted by the introduction of new digital players in the broadcasting sector, who are levelling the playing field in terms of viewership,” observes Fakela.

Kenya and Nigeria, says Fakela, are two pertinent examples of this. “A 2017 IPSOS study showed that the completion of the DTT programme in Kenya came with several issues that affected the media landscape of the country, including fragmented viewership, decreased channel loyalty, change in programme habits, and demand for quality content.”

Nigeria boasts the lowest data costs in Africa, according to the RAMP 2017 Q2 report, and has seen a rise in the number of OTT service providers, like Netflix, competing – and winning – the war for audience share. Startups like iROKOtv, originally a subscription-based Video on Demand Service that now includes a satellite TV channel that broadcasts ‘Nollywood’ movies and TV series to viewers across the globe, are taking it one step further, and challenging the domination of satellite service provider DStv.

“TV news is also still very relevant, but traditional TV isn’t reaching everyone. Meanwhile, mobile phones already have a higher penetration and smartphone use more than doubled in the two years to 2016. YouTube has been a source of great entertainment, but it also makes it easier to share important video,” notes Fakela.

Though, that doesn’t mean traditional offerings don’t hold sway. “Overall, media on the continent is still following the traditional route in terms of advertising offerings, as countries, and independent publishers, broadcasters and stations do not have the resources to fully implement and take advantage of the opportunities that digital is able to offer in developed markets,” says Fakela.

Dovey expands: “TV and radio is strong across the continent and outdoor has fantastic potential for further growth.”

OOH is one advertising medium whose stronghold across the continent is uncontested. According to PwC’s Entertainment and Media Outlook: 2017–2021, An African perspective, Ghana’s OOH market is one of the fastest-growing in the world, at 11.6% in 2016, while Tanzania boasts the highest global growth rate of 14.7% in the same year. South Africa, Africa’s largest OOH market, was valued at R4.4 billion in 2016, with a quarter of that revenue now coming from DOOH formats – while in Nigeria, the second largest OOH market, physical outdoor revenue exceeds that of digital, possibly due to that country’s unreliable electricity supply.

In terms of ad spend, says Ntuli: “The media mix is significantly different in South Africa relative to Nigeria and Kenya, with a greater proportion of South African spend concentrated in television and print, while radio spend is significantly higher in Nigeria and Kenya. These differences are driven by differing radio/television penetration rates and other local factors. Television received the highest share of spend by media (45%), followed by print (30%) and radio (15%).”

On most of the continent, apart from South Africa, radio is still the most popular media platform, adds Ntuli.

Though an oversupply of radio stations relative to ad spend has left most radio broadcasters unprofitable, limiting their ability to invest in high quality content and talent, Ntuli reckons the possible migration to digital audio broadcasting “will unleash a powerful media platform that will become a big boon for all stakeholders: advertisers, content developers and the audience”.

What does this all mean for media agencies, and the brands they represent on the continent? 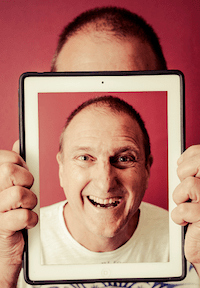 “Brands used to see the continent as a single block with similar customers and this has begun to change, where we are seeing growth among brands who immerse themselves in understanding local markets,” ventures Oresti Patricios, CEO of Ornico.

The media information and software intelligence firm is a powerhouse of information on the continent, adding that the company’s research across various social media platforms reveals: “Brands who invest in quality interactions build more engaged brand communities. Some of the leading brands in South Africa, Kenya and Nigeria have a proven record of quick responses and campaigns that resonate across their communities”.

Dovey suggests that physical presence is paramount for agencies. “You need to be there: a network’s footprint has to reflect that of its client’s and it has to be able to co-ordinate effectively on a pan-regional basis. You also need to provide clients with the same levels of research, data and analysis that they would expect in any other region – and thirdly, to provide financial hygiene and transparency that conforms to global norms and requirements for multinational advertisers.”

Meeting consumer needs is key, though – and Ntuli points to an increasing sophistication among consumers with global aspirations and a strong desire for local flavour.

“Media consumption in sub-Saharan Africa (South Africa included) is becoming increasingly sophisticated and audiences want to see and hear their local and African celebrities in authentic African storylines and events, packaged using world-class production values. Our latest in-house audience research shows that there are more similarities among consumers on the continent than previously believed and media consumers are increasingly interested in local (African), quality content on-demand with the highest production values possible.”

Key drivers per region, at a glance ​