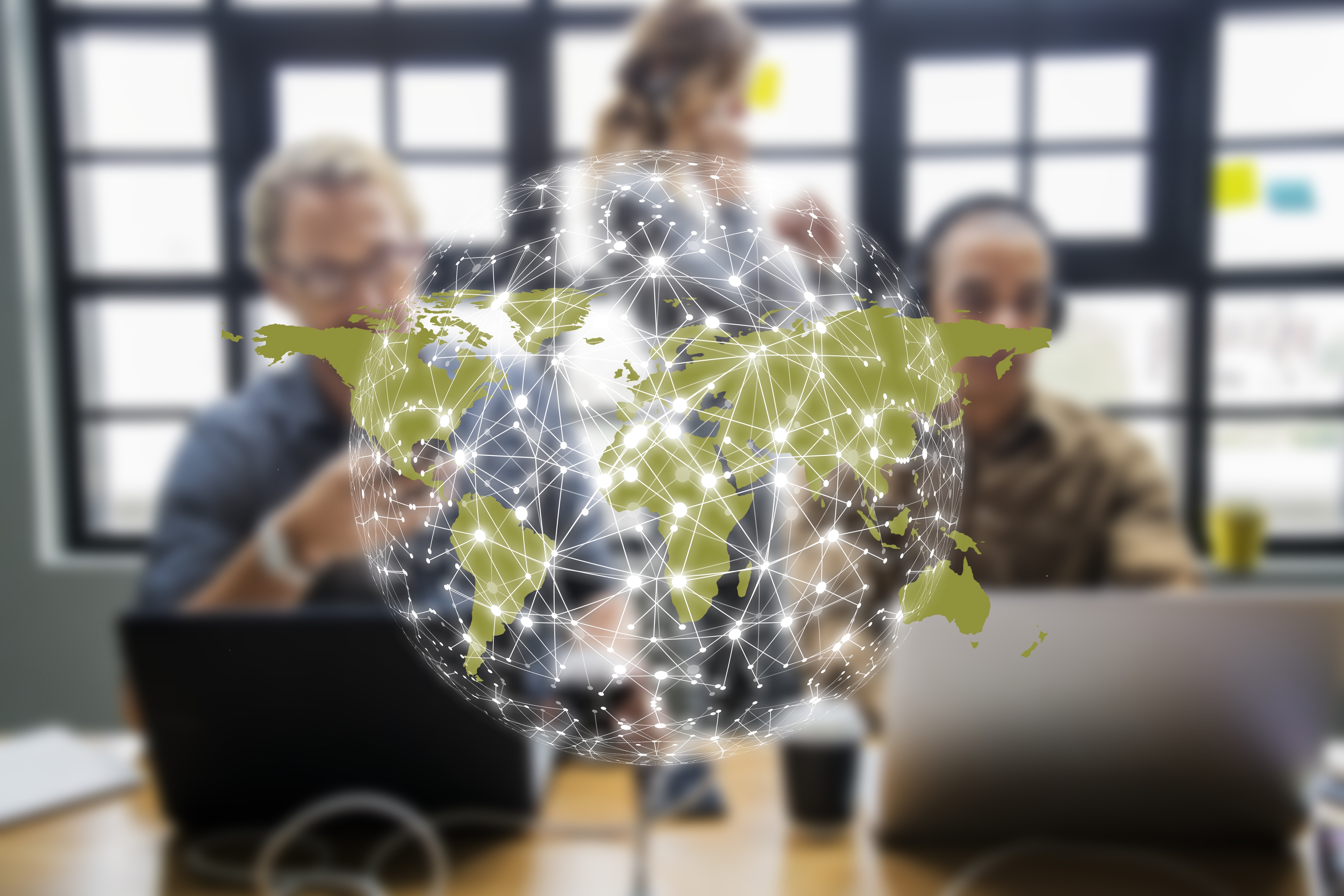 A recent survey of multinational marketers revealed startlingly high levels of dissatisfaction with their current agency roster arrangements, and brands around the world have initiated media agency reviews. The heads of South African agencies give their views on what’s going on.

Headlines in the international marketing press are sounding alarm bells about the future of media agencies. They speak of media shops facing identity crises. They warn that agencies might follow the dinosaurs if they do not tackle transparency. They announce that clients are creating their own hybrid media models, taking elements of their business in-house. They caution that consulting firms are now a serious alternative in the eyes of advertisers.

The survey results are not surprising, with multinational marketers scoring their current agency roster arrangements at 5.7 out of 10. (Source: The Future of Agency Rosters by the World Federation of Advertisers and strategic partner The Observatory International). Agencies were even more downbeat in their view of the arrangements, scoring them at 5.2. Media agencies are but one of the disciplines in the spectrum of marketing services, which face the underlying paradox highlighted by the survey: six out of 10 clients indicated they were looking to reduce the number of agencies they worked with, but five out of 10 claimed to be intending to increase the number of specialists they use.

Specialisation has been the focus of the network agencies. Besides identifying new markets as strategic priorities for growth, the WPP 2017 Annual Report highlighted the importance of new media and technology, data and content. It is not alone in developing these areas of specialisation; Omnicom, IPG, Publicis Groupe, and the Dentsu Aegis Network have similar focuses.

There are two big threats on everyone’s lips: one being the dangerous duopoly of Facebook and Google, and the other being the consultants (PWC, Accenture, Deloitte and the like)

Moving from the global level to a local one, media agency heads also share a similar view of the threats they face. Chris Botha, group managing director of The MediaShop, part of IPG Mediabrands, believes “there are two big threats on everyone’s lips: one being the dangerous duopoly of Facebook and Google, and the other being the consultants (PWC, Accenture, Deloitte and the like).”

Josh Dovey, CEO of Africa for Omnicom Media Group, South Africa, concurs on the tech company threat, and also mentions programmatic advertising, an area where the consultants are investing.

Also wary of the latter is Anne Dearnaley, CEO of PHD South Africa, who points to “transparency as an ongoing threat to the entire industry”. She acknowledges that the advertising and media industry has and is undergoing profound change – “the whole ecosystem is in a pretty tricky place right now”. 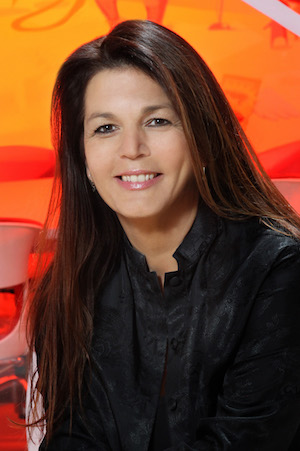 Ana Carrapichano, founder and CEO of homegrown Mediology, agrees on the issue of transparency. This has “led marketers to cut out the agencies and deal directly with the media owners”.

In addition, she sees automation as another big threat, “With AI and machine learning becoming more and more prevalent, the ability to produce results without human capital is increasing. This then leads to a secondary threat (or reality) of clients taking media in-house”.

Federico De Nardis, CEO of GroupM, who recently arrived from Europe, stresses that local media agencies cannot afford any complacency in thinking that “it is business as usual”.

In a similar vein, Botha believes “the reality, is that media agencies only have one real threat – ourselves. If we cease to grow, develop, and offer value to clients, then we will cease to exist. We need to continually show the value that we bring (that others can’t) – then we’ll be ok”.

Dearnaley argues that it is the responsibility of leaders to evolve their businesses to embrace change and mitigate the threats. She cites the rise of digital as once having been a threat to the traditional media agency, but points out that PHD now has a 20-strong in-house digital team. The profitable and successful embrace of digital is a recurrent theme among local agency leaders, providing a reassuring example of the industry’s ability to evolve.

Echoing this, Carrapichano suggests that independent agencies and smaller shops have the benefit of being nimble and agile, allowing them to adapt to this fast-changing ecosystem. For her, the key has been to keep in touch with her client’s requirements, “adapting and evolving as the market needs, reviewing our services and diversifying”.

From the global network perspective, Dovey argues that media agencies have to provide the “intellectual input” to lead clients in navigating the disrupted environment. There is an advantage to having access to experiences from a range of developed and developing markets. But Dovey also points to the advantage of scale. This is not simply about delivering trading clout, but also the ability to invest in better research and being able to amortise the costs. 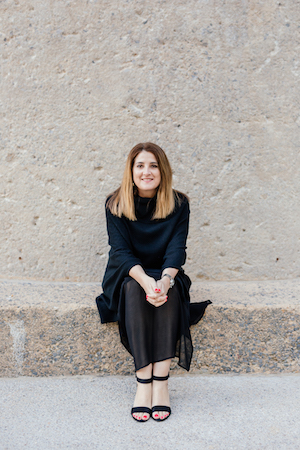 Even more future facing has been the Dentsu Aegis acquisition of Merkle, a data-driven, technology-enabled performance marketing agency with a formidable US database of 300 million unique IDs. The mar-tech arena is seen as crucial by the networks.

But this is not where the local battles are being fought, just yet. Severe in her assessment of the local market, Rowlands talks of “massive legacy drag” and “the limited views and overinflated opinions of industry” that some players still have. De Nardis delicately points out that the local market remains “conservative” with its dominant investment on TV. Digital has not evolved to levels of most Western, and some Asian economies. Building meaningful data layers requires investment and given the relatively small size of the local market, the major groups have been lethargic in this area.

An international observer concurs that the South African market has been slow to invest in diversified services, in part because there are still a lot of traditional advertisers. Taking the Nordics as a cautionary example, he says the groups, which had fundamentally restructured and invested ahead of the curve gained large traction; those following an old model or tinkering at the edges quickly lost share. The tipping point was quicker and more profound than had been anticipated.

Botha provides a buoyant perspective, characterising The MediaShop’s service offering and revenue streams as “chalk and cheese” compared with 10 years ago. Two factors drove this: a more demanding client environment and the need for diversified income streams. Clients have been receptive to new offerings such as attribution modelling, econometric modelling, OOH production, SEO, activations, and research and promotions, which now make up nearly 15% of agency revenue.

Dearnaley cites the recent launch of an econometric division, led by Deborah Schepers, as PHD’s current focus. This allows them to finally answer the question of “which half of my advertising is working?” and guide clients to make informed decisions, ranging from “how much do we need to spend for uplift and where should we spend?” to “what durations and formats are effective?”. This is a decisive move into the consulting space. Interestingly, Schepers points out that it requires professionalism and maturity to be able to hear the bad news, which may be delivered from a clinically objective statistical approach. 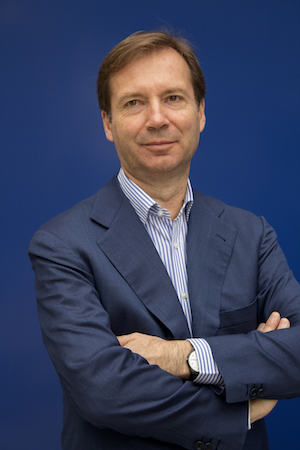 Of course, people are important too! Carrapichano points out that “training and appointing staff from different backgrounds, representing South Africa’s demographics is paramount to staying a dynamic agency.” Adopting new disciplines can be a catalyst for bringing in new perspectives. De Nardis points out that digital skills are fiercely sought internationally and a real scarcity in Africa makes investment in upskilling of the youth critical.

Local agency leaders are aware of being part of a “mobile first” continent from which unique lessons can be learnt. Rowlands, for example, cites Kenya as a country where the widespread use of relatively low-tech cellphones has led to the development of inexpensive, but ingenious and effective communication solutions.

The survival, or, possible renaissance, of media agencies is dependent on their ability to lead client conversation. Rowlands suggests that more datacentric agencies will be well poised to take this guiding role and argues that recruiting will tilt strongly towards field of science.

Dearnaley endorses that there is major benefit to clients having one trusted expert, with a holistic understanding of their brands and their market, data and channel planning. Having multiple agency partners to cater for various marketing needs is costly both financially and in terms of time. The advantage that the consultants have is that they talk business rather than communications, explains De Nardis.

A cursory look at any of the network offerings shows the rate at which the global players have developed specialisms, and these extend beyond their media companies. To take the example of WPP, the 2017 annual report shows that the group’s interests span advertising, media investment management, data investment management, public relations and public affairs, brand consulting, health and wellness, and specialist communication including digital, direct and interactive.

It is little wonder that clients are somewhat bewildered by this array of expertise and are calling for simplification and new models. Before his departure from the group, Sir Martin Sorrell had coined the term “horizontality” to describe an approach to overcoming the vertical silos preventing group collaboration and as a way to harness the collective capabilities of the group to deliver optimum performance.

Building bespoke solutions for clients, from such a broad range of disciplines, is no easy task. It either requires a truly intimate knowledge of what each client’s specific needs are, or clients who understand and can articulate their needs well. It is not a simple matter of reverting to a full-service model, but to determining what constitutes full service for each client.

The starkest obstacle to collaboration is the all-important P and L. De Nardis argues that shared Ps and Ls are key to facilitating such solutions, and Rowlands seconds this, pointing out that Dentsu has led the pack, having adopted a one P&L per country structure.

Clearly there are no fast or imminent answers to how media agencies will evolve in the broader marketing context. South Africa has the advantage of being able to draw from more advanced and differently evolving markets. Its media agency leaders are, on the whole, buoyant and bullish, keen to embrace the challenge of ongoing change and development. That suggests that they should be OK, or more than OK.

Having spent some decades working in the media agencies, Britta Reid now relishes the opportunity to take an independent perspective on the South African media world, especially during this time of radical research transformation