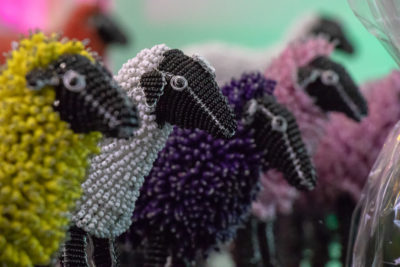 Coca-Cola Peninsula Beverages (CCPB) has again been recognised as one of the top employers in South Africa. The Top Employer’s Institute recently announced its Top Employers 2019 for South Africa list.

The list assessed 99 organisations in the country, specifically focusing on companies that have created exceptional employee conditions and environments. This is the ninth year that CCPB has been recognised and awarded the accolade of Top Employer certification.

The local bottler and distributor of Coca-Cola products in the Western and Northern Cape employs over 1300 people who work at the Parow Industria Head Office and manufacturing plant, and across the regional offices in Athlone, Worcester, Hermanus, Vredenburg, Paarl, Koelbly and Vredendal.

The Sunday Times Top Brands Survey polls 3 500 individuals and 460 business decision makers to discover the most popular brands each year among general consumers and business leaders across 32 different categories.

The 2018 survey is the 20th edition of the awards and KFC took the overall Grand Prix among consumers and Vodacom, Capfin, Carling Black Label, Coca-Cola, Dove and Woolworths were other Ogilvy clients acknowledged as Top Brands.

Ogilvy SA CEO Alistair Mokoena said the agency was on a roll with strong performances at Cannes, the Loeries, Apex and Bookmarks but said that this win was always special because “it’s named after Ogilvy SA’s greatest creative champion, the late Robyn Putter, and we’re always keen to honour his memory by showing that we’re still where he left us – up there with the best.”

In particular, FCB Africa clients accounted for the three major awards in the consumer section of the survey with Koo receiving the Grand Prix as the Overall Favourite Brand, and Coca-Cola taking the Social Investment Award and the Green Award.

Based on this performance, FCB Africa was the runner up for the Robyn Putter Award. This recognises the contributions made by creative agencies in support of winning brands, with the winner decided on a points system, based on the performance of its clients in the survey.

Consumers have backed Engen as their favourite petrol station in the country for the eighth consecutive year, again confirming the company’s brand leadership and market strength in the South African petroleum industry.

The accolade was attributed to Engen in the Sunday Times Top Brands, which recognises brands that have earned top consumer sentiment in South Africa over the past 12 months.

Seelan Naidoo, Engen’s General Manager: Retail notes that just over one in every four litres of petrol purchased in SA is from Engen with 137 million customer visits to Engen forecourts in 2017, which was slightly up from the previous year.

Over 30 industries and 165 companies form part of the survey and are ranked based on 10 most relevant service benchmarks according to the customer experience.

The study uses a robust sample of 15 000 participants, and benchmarks how consumers expect to be treated, and provides insights for brands to influence the consumer experience.

The MMA SA Smarties has confirmed its shortlist of winners for 2018.  The Smarties Awards is the only global mobile marketing awards programme that honours innovation, creativity and most importantly, measures the impact and success mobile has on business.

The Shortlist winners in each category are:

The awards evening will be held at the Maslow Hotel in Sandton on Nov 1st 2018. 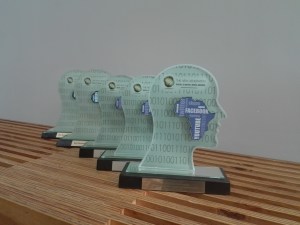 Spitfire Inbound, Penquin and their clients have received a Gold and four Silver accolades at this year’s 2018 New Generation Social & Digital Media Awards.

Founded in 2012, the New Generation Social & Digital Media Awards are the largest celebrated digital media awards in the country. The awards celebrate ingenuity, with a specific focus on results and insight-based success.

The awards won are: 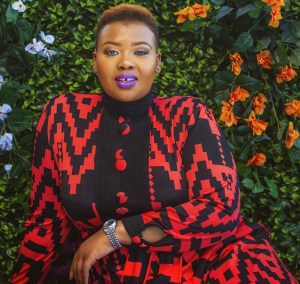 Radio and TV presenter, Anele Mdoda, has been voted as Joburg’s Best Radio Personality and her show the 947 Breakfast Club with Anele was voted as the Best Breakfast Show in Joburg in the annual Best of Joburg Readers’ Choice Awards.

The Awards celebrates the best of the best in the city all decided and voted for by Leisure Options Readers. The survey gives readers the chance to vote for what and who makes living in Joburg so great and it gives recognition to deserving local businesses and of course acknowledges personalities like Anele Mdoda.
Anele believes that it’s important to be acknowledged by your listeners. “These people have choices, every morning between 6am and 9am, on who they will start their day with. I’m thrilled they choose me and my team on 947 and acknowledge us for the work we put into the show,” said Anele.
“Radio is about connecting with your audience, speaking to them as though they are your best friend and maintaining an authentic approach to everything you do,” she added.
Next on Anele’s list is the Mzansi Viewers’ Choice Awards where she is nominated as Favourite Radio Personality and Favourite TV Presenter for her work on Real Talk with Anele.  To vote for Anele, go to mzansimagic.dstv.com.
Anele’s role within the media industry is evolving. Her interest in what happens behind the scenes was piqued a while back. Not one to rest on her laurels, Anele has started a content production company with two partners.  Still in the early stages of the business, Anele will reveal more about her vision for the company at the appropriate time.