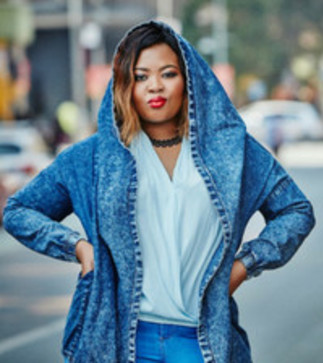 Radio and television personality Anele Mdoda has been very busy as of late. From scooping multiple awards to being named as the new host of The Voice SA, she has still found time to start a new business venture.

Rose and Oaks is a content production company which Anele has started with two partners – her fellow 947 breakfast team member Frankie du Toit, and Paul Buys.

“You know how shows make it around the world, so there’s a flagship one and then franchises in other countries, like Survivor. Those are called original concepts and that’s what we’re coming up with. They are started in South Africa and then can be sold around the world,” she explained.

SA radio is in a good space

Asked how she saw the South African radio landscape at present, Mdoda gave her “state of the radio address”, referring to it as “very strong”.

“We aren’t bleeding listeners, much like other territories around the world… Ukhozi is out here being the third most listened to radio station in the world. If we can fly that flag, then leave us alone,” she added.

She cited the high cost of data as a continuous challenge, but countered this by stressing that the rising production of podcasts was a massive positive. But she has  a caveat: “Podcasting has to be a natural extension of who you are or who your brand is… With radio, podcasting is great and it’s something we should all be going towards … So that’s where it’s going, but very slowly, it won’t happen overnight,” Mdoda explained.

A talking point in radio at present is the number of celebrities who are securing radio presenting spots, with some people saying they are taking away from trained radio professionals. Mdoda doesn’t mind celebrities on air, but believes they shouldn’t be the main anchor. “They should be partnered with a stalwart, someone who just gets the basics of radio,” she said.

You cannot take away the fact that radio personalities are talented, if they say something bad on air. This is Mdoda’s view in response to a question about the likes of Sasha Martinengo and Darren Scott who crossed the line with things they said.

“Regardless of what they do, my first point of contact is, ‘damn one of us is in trouble’,” she said, before adding, “And then I scrutinise… But does that mean you are less talented? No”.

Mdoda is a huge fan of Gareth Cliff, and believes he is ahead of the curve with his business CliffCentral. Her view of online radio is rather interesting.

“I treat online radio and I accept it and I celebrate it and I laud it, in the same way I do community radio, in that it should be used as a platform to feed commercial radio,” she said.

She doesn’t view online radio as a threat, “because of data costs and it’s so small that it needs to get pushed more… Because radio is like water, you’re not going to drink water if it’s not easily accessible”.

Asked what happened with Real Talk at the end with her departure, Mdoda bluntly answers, “I decided to leave”.

Elaborating on how she handled the Bathabile Dlamini paid-for interview situation, she said, humorously, that she just left it to the SABC bosses to sort out.

But she did have one point: “I don’t know if they handled it well or quick enough, that’s up for debate. Because that’s the thing for me, handle it quickly. Talk now and let people know what’s going on now, and then let it rest. If I had to give crit, I would say handle it quicker,” she advised.

Admitting her privilege in media

So what are the challenges of being a media entrepreneur? Mdoda took this question in her stride and spoke about how lucky she was to be in the position that she’s in.

“I’m fortunate, because a lot of people will listen to me. There could be someone right now with better TV ideas than me, the chances of me being able to speak to decision makers is a lot more amplified than somebody who is not on radio or TV or is a personality in the country.

“So, I can’t speak about challenges and not highlight how I’m privileged that people will listen to me.”

One challenge is that for anything she pitches, people automatically ask her whether she will be hosting it. Mdoda believes that not enough is being done to help and nurture young talent.

“It’s time for the next wave of Aneles and Bonangs and Thembas and Minnies. And for the next wave we don’t just want them to be pretty, wearing the right dresses and the right makeup, but to be saying things that people can quote, to be engaging and to be knowing full well that they have the power to change someone’s day and how they do it,” she stressed.

Mdoda believes that people don’t know how powerful social media can be, citing the example of her meeting and running a workshop with Michelle Obama because of it.

“Now, you can use it to get notoriety. It’s fame, but what is it actually bringing you? … It’s the amplified version of word of mouth, which is very powerful.”

Mdoda has interviewed loads of people during her career, but she has five dream interviewees: Vladimir Putin, Larry King (her official talk show crush before Oprah Winfrey), Oprah Winfrey, former South African President Jacob Zuma (though not to talk about politics, just him as a person), and Reeva Steenkamp’s mother now.