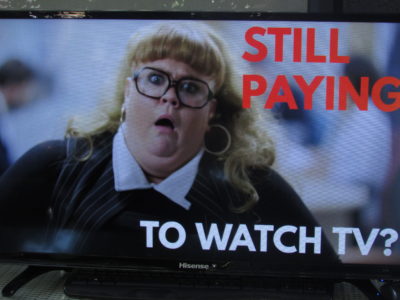 Touted as a free platform for everyone, TV2GO is a new amalgamation platform that sources content from various places, including linear channels, music channels, and several internet video sharing sites, including YouTube and Vimeo.

The channels cover a vast array of categories including news, finance, religion, sport, children, music, and more. The content is refreshed every two months and much of it has been adapted to the local market, including some Zulu language programming.

“The content is unique for this platform. We adapt the content and the linear channels to the people in the market,” comments Yaron Chen, CEO of Infinivy.

As long as the user has an internet connection and data to stream, they can watch TV2GO content on their laptop, smart television, tablet or mobile device, anytime, anywhere.

Soccer legend, Jomo Sono, president of Infinivy, was instrumental in bringing the platform to South Africa. He explains how TV2GO will change the local content market and why people will tune in to watch:

No subscriptions, only data costs

The platform is free in the sense that users don’t pay any subscription fees, but they still have to pay for data costs. 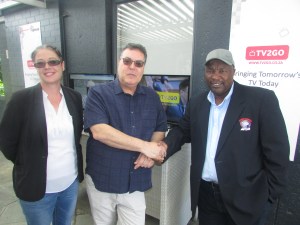 Vodacom has partnered with TV2GO and is exploring ways to bring the content to its customers in a more seamless way. These include affordable vouchers for viewing, and embedding the platform in the Vodacom app.

For the company and its partners, the platform will make money through pre-roll adverts, with four to eight slots planned per three hour viewing window. The team is taking aim at any brand that is a potential advertiser that has money.

Chen believes there are no direct competitors to TV2GO as “there’s no free television in the South African market” and because “it’s a new concept all over the world”. But he sees pay-TV as an indirect competitor.

He also admits that Netflix and Amazon have a huge library of videos and movies, and he sees them as complementary to TV2GO, rather than competitors, because the offerings are different.

How TV2GO arrived in South Africa

The journey began to years ago when Sono visited Israel on business. He saw TV2GO on the television, in the office he was visiting and upon finding out more information about it, believed it would be a perfect fit for South African audiences.

The technology behind the platform was developed five years ago by Israeli firm Cast-TV. Since then it has brought it to several markets outside of Israel, including Russia, Romania, Czech Republic, and now South Africa.

Plans are in place in the near future to introduce the platform to three other African markets, including Nigeria and Ethiopia.

Officially launched one month ago, TV2GO already has 30 000 users in South Africa.