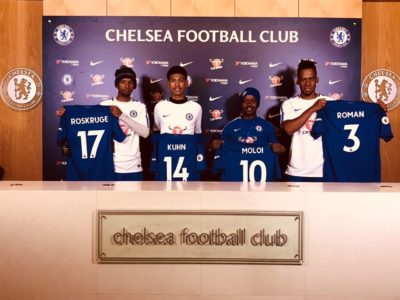 Shortlisted for both Newcomer of the Year, and Campaign of the Year at this year’s Sports Sponsorship Awards, the concept for Shield’s award-winning Sbonis’iDiski campaign (a scouting programme in partnership with Chelsea FC and Orlando Pirates FC offering aspiring players the opportunity to get to the next level in their football careers) was born out of Unilever’s two-pronged approach: Firstly, to identify the space where the company wanted the brand to play, and secondly, identifying the ultimate torture test for the brand. 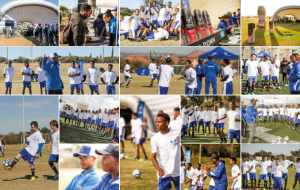 Soccer was identified as the most popular sport in South Africa, so it made sense for the brand to associate with it, and it would show that the product works.

Challenges along the way

“When you’re a newcomer, people will always challenge you and ask ‘are you genuine and is this long-term or is it just once off’. Once you move into year two and year three you start to gain more credibility and you show people you’re offering a genuine opportunity,” explains Gareth Marshall, senior brand manager of Shield South Africa at Unilever.

Working with a constrained budget was another challenge, as was proving that sports sponsorship was the right way to go.

Lessons learnt from year one onwards

Chelsea was chosen as a partner in year one of the campaign, which offered coaches in country as well as one of the best training academies in the world. Orlando Pirates was brought in, in year two, to provide further local support and opportunities.

More of a focus was placed on content creation as the campaign went on, with a series of short-form videos being flighted that documented the journey of the young, aspiring footballers. “Instead of trying to own our own platform, we leveraged other platforms and partnerships we have,” comments Marshall.

Exciting future developments for the campaign include broadening of its reach, being driven by Shield’s international office, which is forming new partnerships. Manchester City is being brought on-board, as has been done with clubs from La Liga.

“In year one we proved in principle that it worked. The global team really liked it, and in year two it was rolled out into Africa. It helps leverage the partnership in a much bigger scale than one country doing it. The UK team have picked it up and will be doing something similar,” says Marshall.

Expanding the campaign further in all of South Africa’s provinces is another focus going forward.

Product sales is the main metric being used to measure the success of the campaign, with Marshall revealing that “from both a volume and value point of view, it’s been double digit growth, something we haven’t seen from the brand in a long time”. This is coupled with talkability around the campaign (through social media).

Marshall identifies hyper-personalisation (one-on-one interactions and personal experiences) as a key trend in sports sponsorship and brand marketing in general.

He stresses, “Sponsorship has always been treated as a financial transaction locally, so people go ‘here’s the rate card, we can put your logo here’ etc. rather than co-creating and putting consumers at the heart, and having both brands coming together and making a difference.”

Being a business athlete

Describing himself as a business athlete, Marshall believes that the mindset of an athlete in business is something that can make you really successful.

“Athletes have to set goals, there’s the planning and preparation, you don’t always have the talent but it comes down to hard work, and then there’s the mental strength,” he says. He adds that innovation helps people and campaigns to not get stuck in a comfort zone, and that pushing boundaries and challenging the status quo are crucial elements in marketing today.