The benefits of a shrinking ad-tech landscape 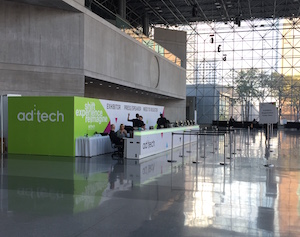 There may not be a dot-com bubble to burst anymore, but we are certainly entering into a period of consolidation and possibly reduction in the overall number of vendors around for you to spend your dollars on.

In my humble opinion, this is a good thing. There are simply too many vendors – and as the old saying goes, “If you give someone too many choices, they’ll choose not to choose one.”

Ad tech has been filled with me-too companies and those living off their funding for far too long. Those days are coming to a close, as a quick perusal of the news sees many acquisitions, both as a solid outcome as well as a fire sale of assets.

Some companies are being recognised for the value they bring, while others are simply looking to recoup the money their investors initially put in. I even heard rumors that the old “Dot-Com Death Pool” was coming back, and people are starting to bet on which companies will be next, and how they will “exit” the landscape.

This is a positive sign for the advertising industry, because it means there are winners as well as losers in the space. The winners have created true competitive advantage and secured a strong base of customers. The losers may have lost, but a lot of learning was gained along the way, and hopefully applied to other companies that can fuel future growth.

The ad-tech landscape mirrors much of the rest of the world, where there’s an increasingly large gap between the upper class and the lower class. For a long time, there were a lot of companies that were able to get to $8 million to $10 million in revenue (these are what I refer to as lower class). I would argue that between $1 million to $10 million represents as much as 70% of the landscape, but that’s solely based on my estimates.

Many companies hovered at that stage of growth, raising more money into a Series C, D or even further. The next stage seemed to be companies that could cross the $20 million in revenue barrier, which I would guesstimate as about 20% of the landscape, but many of these companies stalled as well.

The next viable stage seemed to be the companies who were able to cross $100 million in revenue, followed by the very small group of companies in ad tech who were able to get north of $250 million in revenue. By my estimates, this is less than 10%. The companies in the $100 million and higher range are clearly targets for acquisition, or they may be the acquirer themselves. The companies that are south of $10 million are the ones who either get snapped up in an acqui-hire, or they run out of money and fold.

Removing some of these smaller companies from the landscape makes it easier for large brands to focus their efforts.  They can choose a smaller list of partners to work with and go deeper working with them. Their tech stacks can be more focused, as can the list of publishers they’re going to work with.

You can identify the right partners to meet your needs, and architect the way to work with them, even giving feedback that can further evolve their technology to ensure a better return for you in your partnership.

This is a more effective use of your time than to focus on a few smaller tech companies to test, trying to push them to be more of what you need, all while pulling their resources from what they should be doing to make their business work more efficiently. This is good for nobody because they can’t fully build their product, and you are destined to drop them later.

My hope is that marketers are looking at the partners they have and investing in those relationships, while tech companies are looking to the talent that might be coming onto the market and the embedded knowledge they bring to help shore up their own offerings and provide more value to their customers.

This may not result in a ton of innovation over the next few years, but it will create a significantly more streamlined landscape for monetizing digital media. Don’t you agree?

This story was first published by MediaPost.com and is republished with the permission of the author. It was also previously published in an earlier edition of Media Insider.