From superheroes and American blockbusters to local partnerships 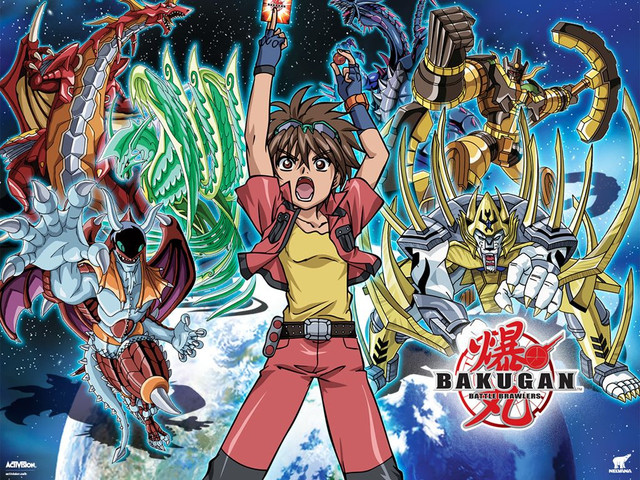 Aside from the launch of Cartoon Network’s SuperheroHQ, Turner Broadcasting has made some interesting moves not only in South Africa, but across other African markets as well. The Media Online caught up with spokesperson, Julien Borde, to find out more.

Q: Explain the strategy behind Cartoon Network’s new pop-up channel SuperheroHQ and why a dedicated channel was needed.

The core concept of a superhero is universally recognised and is bound to no specific region, including Africa. We also know that superheroes are loved by kids and adults alike, and with 51% of Cartoon Network’s audience comprising of adults, why not a Pop-Up channel dedicated to kids and their families?

Timing was also important for us – and we have planned SuperheroHQ to run during the school holidays when we have a captive audience.

With this project, we want to remind the African audience of our extensive library, which allows Turner to curate top international content especially for the local African audience. The library includes everything from CN Originals, Warner Bros. Animation and acquisitions befitting our brands.

The uniqueness of the concept of the pop-up channel is that through partnering with a local animation agent, we have created a never before experience and look, combining the Cartoon Network well known and established brand, with the superhero theme.

In line with our strategy to localise content and carrying the channel under the Cartoon Network umbrella , we brought in the local South African comedian phenomenon, Mojak Lehoko to host the channel. Being a true  superhero fan himself, Mojak celebrates the content on and off air, while injecting some local humour which will resonate well with our African viewers. Adding to the tone of voice of the pop-up channel, Mojak has also developed hyper fun sketches on the theme of superheroes. The result is a light-hearted feel to the channel, where African families can enjoy a good laugh in between seeing their beloved action heroes.

Q: What are some of the key developments with the Cartoon Network, Boomerang and American Blockbuster channel, TNT?

A key goal for us is to bring as much vibrant, African flavour as possible to our channels, and we are pursuing this with constant collaborations with local African talents. This Q1, we have one local production each for our two kids channels Cartoon Network and Boomerang: Pop Up Party season 2, and Wooala!

Following the great accomplishments of Cartoon Network’s local South African dance party production Pop Up Party season 1, the production team has been working hard behind the scenes to bring Africa a more colourful, vibrant and energetic dance show this year with a second season. Pop Up Party season 2 features 15 super-talented kids from different backgrounds in Cape Town – Khayelitsha, Fish Hoek and Milnerton and beyond – going head to head to express themselves through movement and dance.

WOOALA! is premiering on Boomerang on 1 April, and is the latest localised short-format show that celebrates young Africans’ sense of wonder and belief in magic. Viewers will be taken on a magical journey through the streets of Cape Town where Wian, a 23-year-old South African magician,  will use simple, everyday objects to perform mind tingling illusions, close-up hand magic and innovative tricks that will wow and amaze young passers-by and their parents.

TNT is programmed to suit African Hollywood fans, and we continue to curate the line-up of the channel in new and exciting ways. Our latest aquisition includes the Christopher Nolan Dark Knight trilogy, which will air on the channel in May.

Q: How do you see the African market and how your brands are positioned in it?

Our content is distributed across 56 countries in Africa, each with its own culture and conditions to be considered. We have a dedicated team making sure our programmes are suitable for each of our markets, being careful not to break our viewers’ trust. We stay connected to our local audience and through surveys and strong collaboration with our affiliates we adapt to our consumers lives and fit in with their daily routines by adjusting schedules, geolocalising communications and adapting our brand tone of voice.

Turner Africa had a successful end to 2018, with the combined kids multiplex and general entertainment channel, TNT, achieving greater reach and rating results than ever before.

Cartoon Network remains the favourite kids’ TV channel in South Africa, dominating the entire top 15 chart of best performing shows. The most popular shows vary between familiar faces such as Ben 10, alongside new Cartoon Network original hits like Apple and Onion and Craig of the Creek.

Boomerang is closing in on Cartoon Network’s ratings, after moving up to rank #2 amongst the pay-TV Kids channels for kids aged four to 14-years-old and is the #2 most popular kids channel in French speaking Africa as well

After benefiting from a fresh rebranding in September 2018, TNT Africa had an excellent month in October, with the highest performance ever in ratings (an average of 36 000 viewers).

Q: What are the challenges facing your brands in Africa? Have your numbers been affected by VOD services?

While the strength of our linear channels is undeniable, we are collaborating with non-linear platforms such as DStv’s Catch Up offering Turner kids content, Cell C’s live streaming app, Black where subscribers can enjoy our non-exclusive kids channel Boing and superhero destination Toonami.

We also sealed a deal with Showmax in December last year where we curate non-linear CN, Boomerang and Adult swim corners. This diversification strategy is a way to prevent current media consumptiion pattern shift that is happening around the globe.

In Africa, pay TV is  very popular, and our channels are still performing extraordinarily well with the current distribution model.

Q: What international TV trends are you bringing to African markets?

Local content production is a growing trend in the global market. This trend has been a key focus for us since launching in Africa, and already comes naturally to our business priorities and structure. That’s why we are running initiatives like Cartoon Network Africa Creative Lab, bringing ideas from the next generation of creative Africans to the global table. The winning shorts are currently being produced, and we are looking forward to revealing them at the next edition of DISCOP in Johannesburg.

After a thorough research on the African relationship with comics, results showed that the African market is very interested in anime as a comic form. We have taken this a step further now, and are happy to announce that African audiences can look forward to the new anime series, Bakugan, premiering on Cartoon Network on 27 April.