Full steam ahead for 2019 PRISM Awards

The 22nd annual PRISM Awards are set for 14 April 2019 at The Capital on The Park in Sandton, Johannesburg.

The PRISMs are Africa’s most sought after public relations and communication awards and are judged by over 67 judges alongside 10 dynamic PRISMs Young Judges.

The awards, which will include performances by Carachel, Ntuthu Nyiki and Ginger, will start at 16:00 and tickets can be purchased on Howler via howler.co.za/PrismAwards. Booking is essential as seats are limited to 430 guests. Please bring your ticket for scanning and entry. 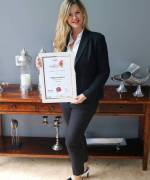 “I am honoured to have been awarded such a prestigious accolade. To be acknowledged for the work I am doing within the communications sector and political space as a female African leader is indeed a humbling experience,” says Roscher.

The Women Leadership Awards were hosted and presented by CMO Asia to globally honour women who achieve excellence in displaying leadership in their respective fields of business.

The Awards seek to celebrate female leadership in several geographic regions as part of their build up towards the World Women Leadership Congress. This morning’s event held in Sandton acknowledged some of the continent’s finest female leaders and achievers in organisations who in turn believe in producing leaders in their respective fields. This includes leaders of change, leaders who are iconic and leaders who committed to driving a talent management strategy alliance within the vision and the mission of the company.

Celebrating its 30th year in existence, Caxton’s annual Excellence Awards has acknowledged the contributions of its sales and editorial staff and management of its local free and sold newspapers. At this year’s awards, R275 000 was distributed in prize money with George Herald being named the Best Sold Newspaper; The Randburg Sun as Best Free Newspaper and the Polokwane Review Bonus as the Best Emerging Market paper. 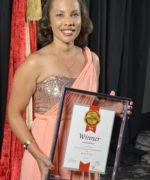 Other winners this year included Lizette da Silva (left) (George Herald) for Best Front Page; Leah Shone editor of Get It Balito/Umhlanga was named the Best Get It magazine while Tereasa Dias (Lowvelder) was acknowledged as the Group’s Best Multimedia Journalist.

The Most Promising Newspaper Journalist of the year was awarded to Arisa Janse van Rensburg (Lowvelder), with the Best Headline Writing accolade going to Kristy Kolberg   (George Herald). 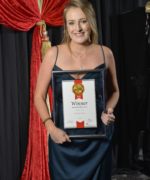 Ad Designer of the Year went to Geraldine Reyneke (Lowvelder). Field Sales Consultant of the Year went to Tamsin McMaster (left) (Joburg South) and the Best Community Involvement went to Norman Dawe, Daniella Potter Geshika Vorster and Aiden Eksteen from Fourways Review for their feature on the Ark Animal Centre. 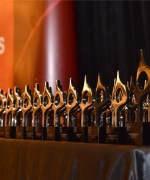 Ogilvy emerged triumphant in the global PR industry’s prestigious SABRE Awards for the Africa Region, with Ogilvy offices capturing 43% of all trophies awarded.

Ogilvy won a total of 16 awards. The official awards ceremony will be held at the Kigali Serena Hotel in Kigali, Rwanda on 16 May 2019.

This year’s awards saw a record number of entries from countries across the continent including Kenya, Morocco, Uganda, Ghana, Nigeria and South Africa. A total of five awards were presented to Ogilvy South Africa – two Certificates of Excellence, and wins for best Digital Campaign, Cause-Related Marketing, and Social Media Campaign.

“The SABRE Awards highlights the industry’s most compelling work, focusing on initiatives that drive real business impact,” said Ogilvy South Africa CCO Pete Case. “Winning a SABRE is a great validation for the increasingly strategic role of insight-driven and measurable communications. It’s also a proud moment for our teams, reward for their dedication and a win for ourselves and our clients.”

In other SABRE Awards news, communications agency, BCW (Burson Cohn & Wolfe) has scooped four Gold Awards and eight Certificates of Excellence at the 2019 African SABRE Awards. In addition, Blast BCW in Mauritius was shortlisted for the Platinum ‘Best in Show’ SABRE Award, which recognises the best African campaign of the year. 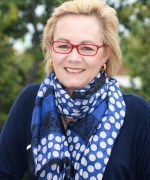 Robyn de Villiers (left), chairman and CEO for BCW Africa commented, “I am very proud of the BCW Africa network and these world-class, results-driven campaigns that have been executed in partnership with our clients. Being recognised and awarded at the SABRE Awards Africa is an honour and reinforces the results that can be achieved when we combine world-class strategic counsel with cutting edge, integrated communications.”

The African SABREs will be presented on 16 May 2019 at a gala dinner that takes place during the African Public Relations Association’s annual conference in Kigali, Rwanda.

Entries for the 2019 Appy Awards close at midnight this Friday, 12 April.

The awards are all about acknowledging creativity and excellence in app design, and this year include a new category of awards, In-App Campaigns. This group is for advertisers that use apps as a key element of their marketing campaigns. Entrants in these categories will be judged by their creativity and success in leveraging mobile’s unique opportunities.

The Awards Ceremony will be taking place on 15 May in New York City.