Hot 91.9FM ran riot at this year’s Liberty Radio Awards, scooping up a massive 12 awards out of 24 nominations including the prestigious Station of The Year for an unprecedented third consecutive time.

Kaya FM 95.9 received seven awards this year, and managing director Greg Maloka was inducted into the Hall of Fame.

Here is a full list of all the winners in each category.

Marketing and brand consultancy, DNA Brand Architects, walked away with the Campaign of the Year trophy for their AB InBev Lion Lager digital series campaign, iLobola Nge Bhubes,i at this year’s PRISM Awards. 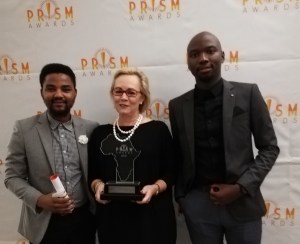 The Lifetime Achievement award was presented to Robyn de Villiers, chairman and CEO Africa at BCW (Burson Cohn & Wolfe). She was also a recipient of the 2016 SABRE Award for Outstanding Individual Achievement and was recently announced as the champion of WPP Stella locally, an international leadership and networking group for female senior leaders across the global WPP network.

BCW (Burson Cohn & Wolfe) (left), was also named as the African Network of the Year, for the fourth consecutive year.

PR Worx (left) was one of the highest awarded agencies at this year’s PRISMs, with a total of six awards, including a silver in the Campaign of the Year category.

This brings the firm’s total PRISM wins to 48 trophies in various categories over the past seven years.

The Silver Awards were for Tribeca’s (left) #ClickToFeed campaign for Montego Pet Nutrition in the Corporate Responsibility category, and for its collaboration with Retroviral Digital Communications (Retroviral) for the #EpsonEntrepreneur campaign in the Technology category.

Tribeca and Retroviral also won a joint Bronze Award in the PR on a Shoestring category for The Great Yellow Brick Company’s launch of the first LEGO® Certified Store in South Africa, with this campaign also receiving a Special Mention in the Launch of a New Product or Service category.

The agency’s campaign for 27Four Investment Managers’ 2018 BEE.conomics Survey campaign was awarded a Special Mention in the Financial Services category too. Havas PR (left) walked away with a gold award and a bronze award. The gold was for Road Accident Fund’s #KeepItSimple, a nationwide campaign whose objective was to encourage road users to claim directly with the public insurer.

The bronze award was for The Blue Train’s Surrender to The Luxury of Slow, a brand repositioning campaign that reimagined The Blue Train experience for high net worth leisure travellers and corporate entities.

Atmosphere Communications – a brand and corporate communications consultancy and member of the King James Group – was named Best Midsized Agency at the awards.

Atmosphere (left) also took home the most gold PRISMs at the ceremony.

Atmosphere won awards for work done on behalf of Capitec and Takealot.com, among others. In addition, integrated campaigns for Siemens, Sanlam and Not that Newlands – carried out in conjunction with the King James group – were awarded gold.

Here is a full list of this year’s winners.

As the official local representative for this year’s edition of the Cannes Lions International Festival of Creativity, Cinemark is once again sponsoring the South African leg of the Film category of the Young Lions competition. A panel of leading professionals and creatives have been selected to judge this year’s edition. They are:

The competition provides young creatives with an unrivalled opportunity to demonstrate their talent under pressure, by creating a 60 second commercial in just 48 hours.

The team behind the winning commercial, as selected by the judges, will attend the Cannes Lions International Festival of Creativity from 17-21 June 2019. There, they will compete in the global competition, vying for the honour of being crowned Young Lions of Cannes 2019 – with their return flights, accommodation during the festival, entry into the Cannes Young Lions competition and a full week’s Festival registration all covered by Cinemark.

With the entries now in and the judges announced, anticipation is mounting: which two young creatives will be flying to France this June? Watch this space…

McCann New York, Ogilvy Chicago and BBDO New York lead the way with finalist entries for The One Show 2019, as announced by The One Club for Creativity.

Other top agencies for One Show 2019 finalists are DDB Paris with 27, DDB Chicago with 25, Wieden+Kennedy Portland with 23, Serviceplan Munich with 22, TBWA\Media Arts Lab Los Angeles with 21 and Dentsu Tokyo with 20.

This year’s winners will be announced at two nights of The One Show awards ceremonies on 8 May 2019 at the Ziegfeld Ballroom in New York and on 10 May 2019 at Cipriani in New York.

The awards ceremonies are part of The One Club for Creativity’s Creative Week, 6-10 May 2019 in New York (//www.creativeweek.org).

A different look and feel for the African Cristal Awards 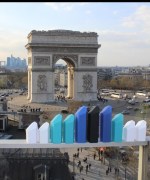 This year’s African Cristal Awards, and Media and Advertising Summit will look and feel completely different, having been acquired by Mediaschool Group France.

Less awards will be on offer (only 11 categories), as well as limited attendance numbers, to create an intimate, exclusive environment. Still hosted in Marrakech, Morocco, and due to take place from 13 – 16 June 2019, this year’s event has the theme ‘Positive Brands’. Mornings filled with relaxation, networking and fun tourist activities will be complemented by afternoons consisting of talks and workshops about advertising, media, art and positive ethics in everything we create.

The awards ceremony is scheduled for 15 June, which exhibits the most carefully selected and original advertisements of the year, followed by a concert and a party. The deadline for entries is 10 May 2019. For more information and to enter, click here.

Mediaschool owns over 50 universities around Europe in the communications industry, and 80% of the media and communications press in France (including CB News, Strategies, Influencia, and Journal du Luxe). Last year, the group embarked on acquiring various events including Cristal Events, Salon du Luxe, and Les grands Prix des Médias, among others.

The Board of Healthcare Funders of Southern Africa (BHF) is inviting journalists to enter the 5th Annual Titanium Awards honouring media reports and contributions about health matters in Southern Africa.

The Best Healthcare Media Content Award celebrates reporters who enable access to healthcare information and raise awareness of healthcare issues across the region.

“The 2019 Titanium Awards put the spotlight on four key areas: access, quality, leadership and the health citizen. The awards will cast a spotlight on best journalists who produce the best health content and are open to journalists working in print, radio, TV and online media across the Southern Africa region,” says BHF head of stakeholder relations and communications, Zola Mtshiya.

Journalists should ensure media entries are submitted before the competition closing date on 25 April 2019.

The winner of the 2019 Titanium Award for Best Healthcare Media Content will be announced at a gala dinner on 22 July 2019 at the 20th Annual BHF Southern African Conference at the Cape Town International Convention Centre and receive a prize of R20 000.

For more information, the application process and terms and conditions of participation, click here, or email: admin@titaniumawards.org.