Digicons and Game of Phones 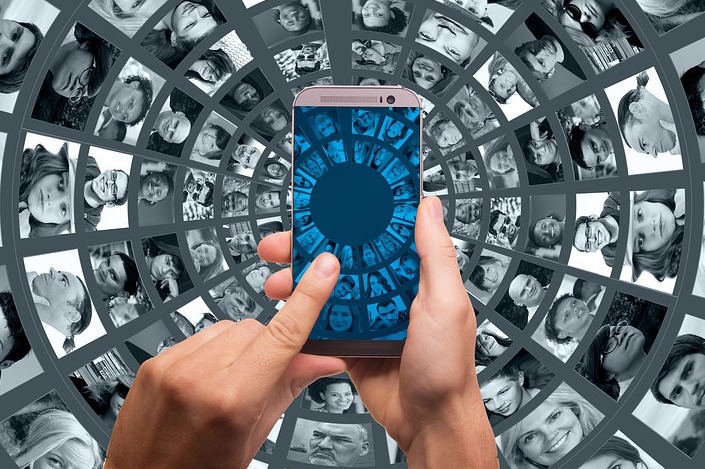 The eighth and final season of the fantasy drama television series Game of Thrones premiered on 14 April 2019, expectation of which might just have marginally overshadowed the launch of Nielsen’s Digital Consumer Survey 2019 at an AMASA forum in the same week.

How’s that for a clash of titans!

For those of you media aficionados who did miss out on the AMASA presentation because you were resting up for a Game of Thrones fiesta, this link will provide more content and substance.

Mind you, it did set me thinking. What if I changed the name of the Digital Consumer Survey 2019 Report, which I’d been commissioned to write, to Game of Phones, and replaced Manticores with Digicons? I could finally disclose my true identity as the long-lost king of the Luddites and turn the whole database into a global media phenomenon!

But I’m probably just getting ahead of myself a little.

What is the 28-page report and the database all about?

Now, for the first time, that online survey (DCS_2019) has been conducted and published in South Africa.

Sample quotas were set on key demographic variables and based on PAMS 2017 data to ensure a sample representative of the frequent online population (Digicons) was obtained and then weighted to IHS population estimates, in order to align DCS_2019 with other major IHS population-weighted industry studies such as ES.

This has facilitated the imminent fusion of DCS_2019 into other IHS weighted studies such as Branded PAMS but that is a whole new report and a smorgasbord of media insights that I just can’t wait to get my hands on.

Who says that life in a post-AMPS landscape has little to offer in terms of agile and functional insights?

We all understand that today’s consumer is more connected than ever and that the proliferation of digital devices and platforms has rendered obsolete the silos of traditional media strategy. Consumers through a personal network of connected devices now access content, once only available to consumers via traditional media platforms such as print, radio or broadcast television.

Best viewed through the lens of Born Frees, Millennials, Generation X and Boomers & Beyond, DCS_2019 gives unique insights into the digital consumer’s media habits, including time spent by online platform and device, as well as day-part consumption and content preferences. 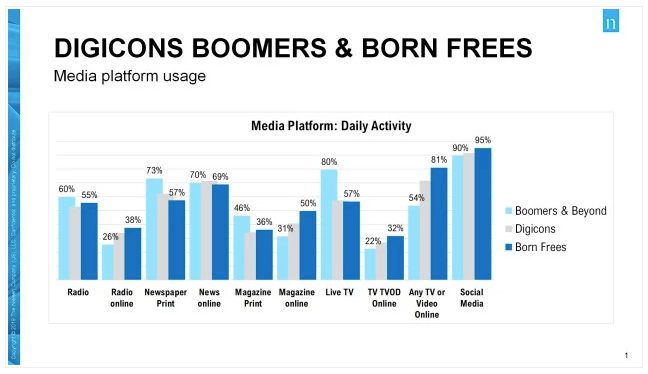 Although each of the generational cohorts can be mined for unique insights and media consumption nuances, the narrative is best explored by juxtaposing the extremes of the generational cohort model: Boomers & Beyond (born 1928-1964) and Born Frees (born 1995). The intrusion of digital media into the lives of Born Frees, relative to Boomers & Beyond, is self-evident but to sketch the media landscape in South Africa to the exclusion of traditional media platforms is also clearly premature.

It is often said that for whales, there is only one ocean. Equally, it might be said that for consumers, there is only one campaign. Nowhere is this more evident in DCS_2019 than in multi-platform online activity during viewing TV events, and the assumption of a collective and passive TV viewing audience is quite simply no longer a fixed point of embarkation when planning a TV or video campaign.

Ninety two percent of Digicons claim to use internet while simultaneously watching TV and, of these, 88% claim to most often use their smartphones for this purpose.

Perhaps I should have called the report Game of Phones after all.