Accenture/Droga5: Future-proofing or a ‘mismatched case of calculators meets crayons’ 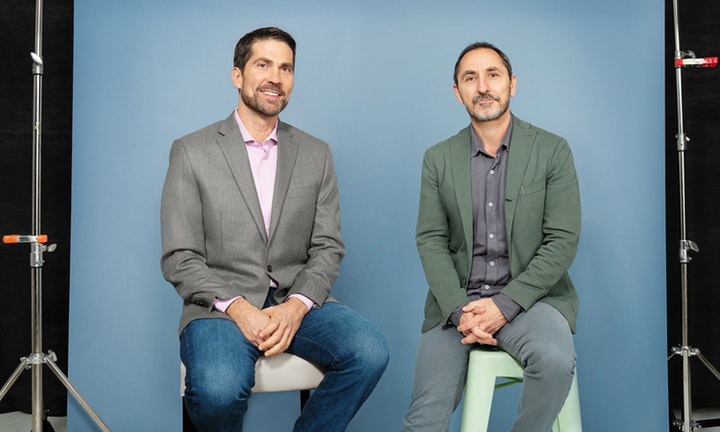 
[ANALAYSIS] The announcement of Accenture Interactive’s purchase of independent creative agency, Droga5, has caused a right stir in the international marketing media. It was even deemed worthy of a thousand-word article by the New York Times.

For anyone who is not a follower of international advertising, Fast Company’s description of Droga5 as “a hot shop startup-turned-creative juggernaut, and perennial contender for top industry awards” is a useful scene-setter.

The acquisition by the corporate consulting behemoth inspired the indignant headline in ‘The Drum: Accenture’s dad dancing has to stop’. The same publication also, more calmly, pondered the question of ‘David & Goliath: can Droga5’s culture survive the Accenture Interactive takeover?’

Predictably the initial reaction to the alliance is that of “mismatched case of calculators meets crayons” with independent agency die-hards mourning the imminent demise of the Droga5 culture and making cynical, and possibly envious, references to “pension pay-outs” for the eponymous founder.

Naturally both David Droga and Brian Whipple, Accenture Interactive CEO, have put forward the argument for mutual benefit. The former was quoted in Fast Company: “I feel the symmetry between what Accenture brings to the table, which is second to none as far as scale, expertise in digital and experience, and what we bring to the table from a strategy and creative level, is something that will be in high demand by clients… CEOs, CMOs, and CIOs all need to be on the same page, because they all affect each other now. This isn’t a nice-to-have. I think it’s going to be crucial for any brand going forward. This is future-proofing.”

Droga5 was not the first creative agency acquisition made by Accenture Interactive; The Drum lists 30 such acquisitions since 2013. Indeed, it was quickly followed by another – the Madrid agency, Shackleton. Accenture Interactive is not the only deep pocketed shopper: together with Deloitte, IBM, KPMG and McKinsey & Company, consultancies have invested “more than collective $1.2 billion in agency acquisitions in 2017, a 134% increase on 2016” according to Consultancy.uk.

That seems a solid rebuff to the likes of Sir Martin Sorrell and Frank Mergenthaler. The former, in his WPP days, dismissed consultants because “… you can’t buy creativity…” (a rather odd comment from the original creator of the agency holding company). Now in his S4Capital days, he has set about building a new age adversary to the consultants based on a purely digital model aiming to be “faster, better, cheaper”. Mergenthaler, IPG’s chief financial officer, was quoted in the New York Times as saying last month that “they have not made the investment in creativity that we believe is necessary to compete.”

Having spent most of my working life in media agencies, the whole ruckus ultimately led me to thinking about their vulnerability to consultancies. These plutocrats do not seem to have exhibited much interest in acquiring media agencies and neither has Sir Martin, the creator of GroupM. His focus is purely digital and seems to be building his new era marketing services company on ‘The Holy Trinity’ of first party data, digital content and programmatic.

It is tempting to take the jaundiced view that the consultants, with their vaunted access to the C-suites are unlikely to be interested in a discipline that mostly struggles with its level of access. Most media agencies have their roots in media buying and years of procurement led reviews searching for cost savings have worn down agency fees. The consultants are not accustomed to working for peanuts, so why would they want to move into media agency territory?(Ironically, should they do so, it might be the perfect trigger for a re-assessment of media agency remuneration, and prove to be a shot in the arm for the established businesses).

Globally, attempts by media agencies to compensate for diminished fees led them to explore all manner of innovations such as rebates, agency volume bonification, and non-transparent mark-ups. These initiatives brought client agency trust to an all-time low and energetic attempts have been made to improve transparency and trust. Arguably, untarnished new entrants might be welcomed by clients but given the unattractive existing fees and declining spend in legacy media, the incentive for consultants seems non-existent to me.

Then, of course, legacy media buying remains a fairly labour-intensive process, particularly in South Africa, and may remain so for some years. We are not alone in this, I thought, so once again why would a consultancy want to scrabble about in this area.

Before I descended into a funk about local lags, I remembered that towards the end of last year, I had read a piece by Toby Jenner, worldwide chief operating officer of MediaCom. He modestly asserted, “media agencies can be an important asset to clients”. He set out to argue that media agencies could add value to marketers even if they chose to build in-house capabilities. In his view agencies had evolved: the historic buying power they had enjoyed had given them the scale to ensure “more talent around the world, more category and audience knowledge and more data and technology experience”.

Media agencies still have a broad perspective of views and an on the ground local understanding of the consumers and the workings of the markets. He neatly suggested that the “real magic happens when this is married with the unparalleled category knowledge of thousands of global agency experts. A connected network with the ability to share and reapply knowledge across markets to fuel client growth is unbeatable”.

Of course, the development of econometrics and market mix modelling by media agencies gives them unique insights into how campaigns work. Media agencies have also become adept in the areas of data and tech, and are increasingly realising then importance of building unique solutions for clients.

Jenner’s arguments left me feeling more buoyant about media agencies. They have evolved and will continue to do so. They may not seem worth the consultant’s attention now, but they may become so. That could lead to a pricing reassessment, and a far healthier media business.