A Merit Award was won by a South African agency, for Grid Worldwide’s #HopeJoanna campaign, for client First Rand Bank as a social media series under the photography discipline, at the The One Club for Creativity’s global ADC 98th Annual Awards ceremony.

It was also an outstanding night for TBWA agencies and network, as well as for The New York Times’ “The Truth Is Worth It” campaign, at the awards evening.

TBWA\Hakuhodo Tokyo won the most ADC Gold Cubes this year with eight, and was named ADC Agency of the Year based upon cumulative scores across all disciplines.  All of the agency’s Gold Cubes were for “Pride Jersey” on behalf of AIG, including three Golds in Product Design, two each in Advertising and Fashion Design, and one in Brand/Communication Design.

TBWA\Chiat\Day New York also had three Best of Discipline wins, including one each in Publication Design and Typography working with Design by Disruption New York and Rebel & Rogue New York for “The Fake News Stand” on behalf of Columbia Journalism Review, and one in Packaging Design with Design by Disruption for Thomson Reuters “Unboxing the Truth”.  The agency won a Gold Cube for each of those entries, as well as five Silver and nine Merits on the night.

This year’s top honors, based upon cumulative ADC Cubes and Merits won across all disciplines, are:

The Creative Awards are awarded in two categories: Classic and Digital. 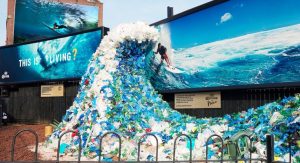 The Digital Award was awarded jointly to Clear Channel Sweden for its Stockholm Out of Home Project and the Open University Netherlands for its Platform College tour.

The Open University ran a rail platform campaign, through agency ZIGT and Exterion Media Netherlands, which was displayed to travellers ten minutes before their train arrived.

The FEPE Technical Innovation Award was won by Ocean Outdoor for its campaign Sky Rescue: the Ocean’s biggest threat, which triumphed after Congress delegates viewed presentations by three shortlisted entries and then voted for the winner. Ocean’s DOOH screens encouraged audiences walking past to identify the most menacing danger lurking in the oceans.

Tim Bleakley, CEO of Ocean Outdoor, walked away with the FEPE International Leadership Award, while Randy Otto, president of Pattison Outdoor Advertising Inc. was honoured with the Lifetime Achievement Award.

The Rising Star Award for Out of Home executives under 30 was given to Victoria Hirst, senior international marketing manager of blowUP media UK. 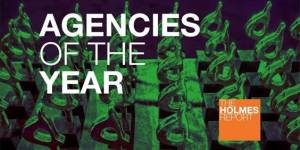 Global communications agency BCW (Burson Cohn & Wolfe) has been shortlisted for five Agencies of the Year (AOTY) SABRE Awards by the Holmes Report. For the 11th consecutive year, BCW Africa is amongst the Africa Consultancies of the Year finalists.

BCW Africa won the award in 2009 – the inaugural year of the African award – and in 2015, and twice has seen partners in its Africa network also take the top honours.  BCW Africa is the only agency to have been a finalist every year since the award’s launch.

Globally, these honours are considered the ultimate benchmark of PR firm performance and are the result of an exhaustive research process involving more than 200 submissions and face-to-face meetings.

The full list of BCW Group AOTY nominations is below:

The winners will be announced at the SABRE Awards in London on the 22nd May. See the full list of finalists here.

The shortlisted finalists have been announced for this year’s WARC Awards.

The awards are a search for next-generation marketing effectiveness. “Winning a WARC Award shows that you are developing and mastering new techniques to deliver business results for clients,” says the about section on the awards’ website.

The full list of shortlisted campaigns can be found here.

The shortlisted finalists have been announced for this year’s Appy Awards.

The awards are all about acknowledging creativity and excellence in app design, and this year includes a new category of awards, In-App Campaigns. This group is for advertisers that use apps as a key element of their marketing campaigns. Entrants in these categories will be judged by their creativity and success in leveraging mobile’s unique opportunities.

The winners will be announced at the APPY Awards Cocktail Party on 15 May.

Now in its fifth year, the Top 100 Young Independents (TYI) is searching for 100 inspiring and aspiring young leaders from across sub-Saharan Africa who are involved in projects that are contributing towards developing their communities against all odds.

It is an initiative by the Independent Media Group and offers trailblazers, influencers, disruptors, healers, innovators, entrepreneurs, creatives and social activists the opportunity to showcase their community contributions and efforts towards community development.

Nominations for the coveted awards will be considered in five categories, namely:

Prizes worth US$18,000.00 will be shared amongst the twenty winners selected for each category, including the runners-up to help support their projects.

Nominees vying for the coveted title of The Young Independent should be aged between 18 and 35 years old; be leaders in their respective field and must be citizens of any country in the Southern African Development Community (SADC) region.

Nominations can be submitted online here and entries close on 14 June 2019. The winners will be announced at a gala event, which will be hosted in Johannesburg, South Africa, on 29 August 2019.