Shifts in advertising: An illuminating chat with the 2019 SA Cannes Young Lions winners 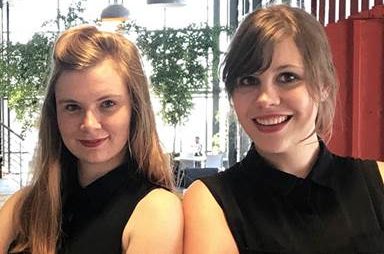 
Tasked with creating a video advert for UNICEF around school violence, the topic of this year’s South African leg of the Cannes Young Lions competition was quite different from the last time Amri Botha and Carina Coetzee competed in 2017, and quite challenging.

Coetzee explains, “It’s actually quite a touchy subject, violence in schools, it’s very graphic, it’s quite sad actually. So when we got the brief we were quite stumped at first, at how you portray violence against children without showing violence against children, and how can you make people aware of how big an issue it actually is, without veering towards something quite violent and hectic.”

Online research was their first port of call, exploring what else has been written, flighted and published around school violence and bullying, which there was no shortage of (particularly videos). They were also guided from stats given by UNICEF around the topic, including the fact that “half of the world’s teens experience peer violence in and around school, that’s more than one in three students aged 13 to 15 that had experienced bullying”. While many see school violence as predominantly a US problem, it is rife in South Africa as well.

On to the international stage

Looking towards the international Young Lions competition at Cannes, France, both are excited about the opportunity to compete again, but say they can’t really prepare for it, though they know what to expect.

“An exciting part of the challenge is the fact that you’re working under these extreme conditions. You have 48 hours to conceptualise, and film. Last time we used a cell phone camera, and you put all of this together in just 48 hours, competing against super bright, talented individuals from across the world … It’s a lot of fun, but also extremely strenuous and daunting,” comments Coetzee.

Real world work vs the competition

While the Cannes Young Lions competition reflects real working world conditions for agencies, in terms of creative briefs and conceptualisation of ideas, Botha and Coetzee believe it is slightly different, with Botha referring to it as “a sped up process”.

“The competition allows you the chance to push pure storytelling and creativity and focus on the idea, because your execution has to be so simple, in order to do it properly. It’s all about finding an idea that’s simple enough to pull together in 48 hours,” adds Coetzee.

Since starting in the advertising industry, Coetzee has noticed several shifts to present day, including more digital elements, increased consumer awareness, and creating relevant work for their lives.

“Brands now need to be relevant and have principles and show these in their communication … It’s storytelling and more about creating a feeling, rather than rationalising it, creating an emotional reaction,” advises Coetzee.

“Advertising is not for the faint of heart,” stresses Coetzee, but adds that if you love what you do then you can overcome challenges. For Botha, each project has its own challenges, and that is part of the excitement, having to solve them with creative solutions.

The first time the pair teamed up for the competition in 2007, Botha who is an art director was looking for a copywriter that was going to be good conceptually. A creative director suggested she give Coetzee a call and the rest is history.