LATEST NEWS
Home Agencies Inside the workings of the Publicis Machine

Inside the workings of the Publicis Machine 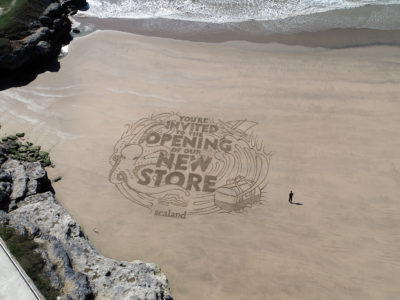 Gareth McPherson took on the role of managing director of Publicis Machine, alongside his chief creative officer position, at the beginning of this year. Since then he has been re-engineering the machine makeup of the company, looking at it holistically.

“We’ve got to a stage in the business now where we have brought in further specialisation. If you think of the industry at large, what communication companies have to be doing and adapting to the environment and the change in the industry, we’ve further bolstered our offering in more specialisation,” he explains. 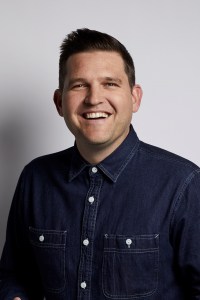 “Looking at the industry and how it’s changed, it’s not just about putting messaging out there. With the rise in technology, you can create experiences for customers and consumers,” he adds.

McPherson sees it as an exciting time as these advances in technologies are opening up new opportunities to enrich the work done and the client’s objectives.

“It’s a tough trading environment at the moment, a lot of shrinkage, but for me that’s where the excitement comes through because that’s the challenge. You have to constantly think different and innovate, and be curious to where everything’s going,” he says.

Staying at the forefront of these technologies is key, something which McPherson credits the success of the business to. “Our success has been constantly adapting to where trends are going and almost realising them at an infant stage … And having creativity at the core and underpinning everything,” McPherso says.

Publicis Machine was recently named as the media partner for the Chivas account. The whisky brand’s parent company, Pernod Ricard, gave further business to the communications agency, having already assigned its Glenlivet and Martell brands to Publicis Machine. This was part of a consolidation strategy, with Publicis Machine  having a proven track record on the other two accounts.

“It’s an incredible brand with an incredible legacy, an international brand, which is prestigious and prominent. Why on earth would we not want to take on that challenge,” comments McPherson.

McPherson is excited about the creative work that Publicis Machine has been doing, with a couple of entries into this year’s Cannes Awards.

One of them is for Sealand, a company that makes luxury luggage out of plastic and waste in the ocean. As part of a store opening marketing campaign, Publicis Machine created messaging that leaves no impact on the environment (in line with Sealand’s approach), a breath-taking beach mural that washed away as the ocean tide came in (left). 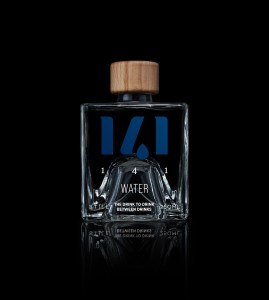 The other campaign is for Pernod Ricard, which launched over the festive season and is still running, containing responsible drinking messaging. Rather than warning tactics and scare tactics, a stylish water was created, called 1 4 1 (left), which emphasised the campaign’s message that for every alcoholic drink a person consumes, they should have a water. “We’ve done it at events, it’s got a lot of talk value, and the coolness of the bottle and what it looks like, people love to pose with it, which is spreading the message,” comments McPherson.

Media being pulled back in

McPherson is seeing a trend in the South African agency space where media is being pulled closer back into the system, with integration and collaboration being a big need. Understanding how media is performing in putting messaging out there and drawing insights from that is crucial.

Publicis Machine was born in 2012 out of a media sales business, Habari Media. It was later acquired by Publicis, and is part of a stable of companies, which also includes a public relations firm, Moonwalk, and a tech business, Nurun.