Winners from the Marketing Achievement Awards

This past week played host to the inaugural Marketing Achievement Awards and Summit, designed to celebrate and reward marketing campaign excellence.

Here are the winners:

Francois Viviers, executive: marketing and communications at Capitec Bank, won the Marketer of the Year Award 2019, which is a category with nominated entries, while Archbishop Emeritus Desmond Tutu was inducted into the South African Hall of Fame.

Entries are now being accepted for the ninth Responsible Drinking Media Awards (RDMAs).

The RDMAs recognise journalists and media at large for their efforts to positively influence perceptions and habits related to the irresponsible use of alcohol. The awards are open to South African journalists who write articles that relate to responsible drinking and the impact of alcohol abuse, including issues such as drink driving, underage drinking, foetal alcohol syndrome, binge drinking and alcohol-related violence. Any material published between 1 August 2018 and 31 August 2019 on any media platform that aims to support this cause is eligible to enter the awards and win cash prizes.

The 2019 awards will be divided into eight categories across:

There are also two overarching awards for Journalist of the Year and Media House of the Year. The winners of each category will walk away with R15 000 and a public acknowledgment for their efforts to help combat alcohol abuse in South Africa.

For more information on the awards and how to enter, visit www.diageo.co.za/en/rdma. Entries are open until 31 August 2019 and can either be submitted online or by downloading an entry form and sending it to events@diageoevents.co.za.

Winners will be announced at an official awards ceremony in October 2019. 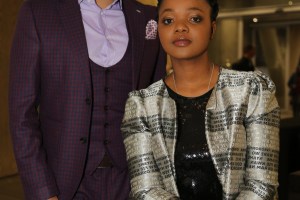 At an event celebrating the country’s brightest up and coming stars in categories ranging from health and politics to media and education, the Mail and Guardian newspaper – in partnership with eNCA and Nedbank – recognised Jacaranda FM presenters Renaldo Schwarp and Kenzy Mohapi (left) as part of the prestigious Mail & Guardian 200 Young South Africans 2019 list.

This year Mail and Guardian received more than 6 000 entries. Schwarp made the list of 200 in the Arts & Entertainment category and Mohapi in the Film and Media category 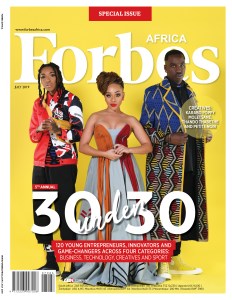 A packed room burst into rapturous celebration as the names on the 30 Under 30 list for 2019 were announced at the annual FORBES AFRICA Under 30 Meet-Up in association with Kingdom Business Network (KBN) at the Houghton Hotel, Johannesburg.

The fifth annual FORBES AFRICA 30 Under 30 list, released in a Special Issue of FORBES AFRICA for July this year, features 120 young African change-makers for the first time, increasing from 90 the previous year; with 30 finalists in each of the four categories – business, technology, creatives and sport.

The Award will be bestowed to the winner at the 5th Africa Women Innovation and Entrepreneurship Forum’s (AWIEF) Conference, Exhibition and Awards hosted at the Cape Town International Convention Centre (CTICC), 29-30 October 2019, with the theme ‘Enhancing impact: digitalisation, investment and intra-African trade’.

Entries must offer valuable insights into African female entrepreneurs while appealing to a global audience. The award is open to African woman journalists and bloggers, whether directly employed or freelancers, working in the continent of Africa who have produced a story that has been broadcast or published in English, French, Portuguese or Arabic in the form of a printed publication, a television feature, a radio story, a website or a blog whose primary audience is based in Africa.

Stories must have been broadcast or published between 1st January and 15th September 2019.

All stories must be submitted in electronic format:
– Print: upload the scan(s) of the published article;
– Radio: upload the SoundCloud link;
– Website: upload the URL; and/or
– TV: upload the YouTube link.

TV material must first be uploaded to YouTube (www.YouTube.com) and radio material to SoundCloud (SoundCloud.com). Once one has obtained the link, one must enter it in this online entry form when inputting one’s story details. 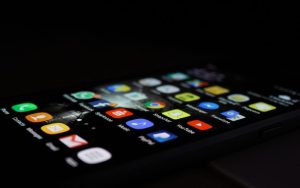 Anyone looking to enter awards that celebrate their work for mobile, look no further than the Mobile Journalism Awards, which honour the best mobile journalism reporting each year.

View the criteria and how to enter, here.

The winners have been announced for WAN-IFRA’s Digital Media Awards, a showcase for the best-practice innovation in digital publishing worldwide.

The winners of the North American regional Digital Media Awards 2019 are:

Best Use of Online Video (including VR)
The Future of Gaming (in collaboration with Retro Report), Quartz
Special mention to Explainer Videos, Le Devoir, Canada

Best Digital Marketing Campaign for News Brands
The Truth Is Worth It, The New York Times
Special mention to Democracy Dies in Darkness, The Washington Post, USA

Best Data Visualization
The four days in 1968 that reshaped D.C., The Washington Post
Special mention to Self-driving cars: Who to save, who to sacrifice?, Radio-Canada, Canada

Best Paid Content Strategy
From IBM to Health Tech: Our journey to creating a new cross-channel vertical, STAT
Special mention to The Truth Is Worth It, The New York Times, USA