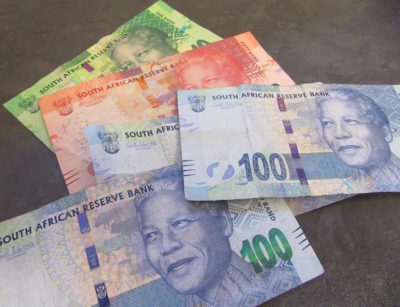 The media industry in many markets stares down a barrel of uncertainty. The eco-system of publishers, broadcasters and media agencies face cash-strapped crossroads and the South African context is no different.

Here, our local junctures of change are exacerbated by the need to inject growth by establishing new media agencies, despite a low funding base, rising talent pool crisis and critically, the shifting state of payment terms.

As an industry, we face the imperative to seed and grow 100% black-owned media agencies. This not only requires substantial startup capital, but a system that enables these businesses to go beyond survival to a thriving future. Yet, the bottom line is that as the global economic outlook becomes increasingly gloomy, marketing procurement departments look to save money and marginalise cost.

One of the default ways to achieve this is through pushing out payment terms applied to media agencies. Clients are insisting on paying media agencies later and later, with some global clients trying to enforce payment terms of between 90 and 150 days. If not addressed systemically, this cashflow-inhibitor will prevent small- and medium-sized agencies from keeping the doors open.

Read more: Too few black-owned media agencies, but change is on the way

Do the media maths

To understand the dynamics behind this issue, we first need to understand the scenario facing media agencies. Standard industry practice is for clients to pay their agencies on 30 days, after which the media agencies pay the media owners on 45 days. The interest revenue earned by the agency during the 15 days, is an essential income stream to successfully run these people-centric businesses.

A client that spends R120 million annually has exposure of roughly R10 million per month. Based on historical payment terms, the agency will pay the media owner’s January invoice in the middle of March (45 days later). They will only receive payment for this media at the end of June. By the time they receive the payment for January, they have incurred further debt for three more months (February, March and April). As a result, the media agency will have paid out R40 million in media, to the media owner, before the client pays them the first amount.

What is not factored in the above sketch is the potential loss of interest revenue with paying the media owner on time, and getting paid late by the client. Add to this the required VAT payments on the 25th of each month, which further impacts cashflow availability. The reality is that most media owners still require payment from media agencies within 45 days. This means that in some instances, the media agency has to “float” the client’s debt with the media owner for up to 105 days.

Forecast for a local future

The present media buying remuneration cycle is simply not sustainable and is debilitative for a start-up or small entity. It is counterintuitive to industry growth, with the nett effect being that the only agencies able to “float” such accounts are large, multinational agencies with global support. This, in turn, seriously hampers the development of 100% black-owned media agencies.

In addition, clients don’t always pay in full and on-time, at the agreed-upon 150 day mark, which again makes it harder for non-globally-owned agencies to sustain themselves.

It’s a vicious circle when the media agency (client) is paid in a cycle that in unbalanced, impacting their payment turnaround to media owners. As a result the only media owners who can work with such demands are the ones with deep pockets and yet again, small local media owners are compromised due to the late payment situation.

It is a zero-sum game as things currently stand, and there are no winners, especially not the media industry. The game could change for the good of all, if clients and media agencies get around the table to find a solution; one based on a mindset that seeks to maintain balance and support new growth for all at the table.

After all it is ultimately brands which either live or die in the eco-system of the media.

The Advertising Media Forum (AMF) is a collective of media agencies and individuals including media strategists, planners, buyers and consultants through whom 95% of all media expenditure in South Africa is bought. The AMF advises and represents relevant organisations and aims to create open channels of communication and encourage and support transparent policies, strategies and transactions within the industry.