UK and Canada give millions to global media defence fund

The United Kingdom and Canada are contributing a combined $4 million to a new global media defense fund.

The fund will be used to support, train and provide legal help for journalists around the world, and will be managed by UNESCO.
The fund  was unveiled by the UK’s Foreign Secretary Jeremy Hunt at the first Global Media Freedom Conference, which took place in London this week.

For the full story, published by CNN Business, click here.

Vodafone’s media account pitch has narrowed, with WPP and Denstu Aegis Network emerging as the front-runners.

The telecommunications group launched the account review after it brought its biddable media, which includes search and social, in-house a year ago.

This in order to streamline efficiencies, with the company also under pressure to cut costs. 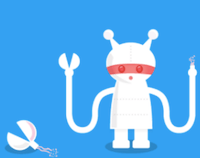 Many Twitter users around the world found the social media site down on Thursday, being greeted by technical error messages.

While it is still unclear what the cause of the outage was, or how many people were affected by it, it came at an ironic time; on the same day that US President Donald Trump was hosting a Social Media Summit at the White House.

But the validity of the gathering has to be questioned, as the big social media players, including Twitter, Facebook, and Google were not invited to attend the summit.

The latest Global Advertising Ranking Report from COMvergence has revealed the biggest advertising spenders and media agencies from around the world.

In terms of agencies, GroupM is the lead media spender across nine categories.

For the full list of the top advertisers and media agency spenders visit Campaign US, here.

What the cluck? See the KFC Russia ‘bucket hat’ 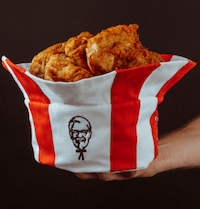 Bucket hats have long been a thing in South Africa. And they’re a big fashion item across the oceans this summer. But now KFC in Russia have taken it to a whole new level. Street wear designer, Mam Cupy, has created a KFC bucket hat, designed to look like the traditional KFC bucket.

“Originally an ’80s trend piece, the bucket hat made a comeback in the ’90s and having made the product life cycle once more, it has revived as this year’s essential street-wear summer accessory. The design repeats the look of the KFC iconic bucket, with its red and white stripes, complemented with KFC and Mam Cupy logos,” it said in a statement.

For more, check out the story on ladbible.com

“This unique service comes at a time when brand spend in podcasting advertising is growing five times faster than direct response,” said Suzanne Grimes, EVP, Marketing, CUMULUS MEDIA and President, Westwood One. “We arm advertisers with as much data as possible to ensure their podcast campaigns deliver the best ROI. Understanding what podcast listeners buy and where they shop is an entirely new dimension of insights we can use to navigate the vast podcast space.”

In its announcement of the Nielsen Podcast Listener Buying Power Service, Nielsen said: “For the first time, clients will be able to profile shows using program titles collected from our subscribers in order to connect specific types of listeners with particular advertisers and specific programme-level insights.

For more, read the story on Nielsen.com

Samsung nailed in Australia for ‘false, misleading and deceptive’ claims in ads 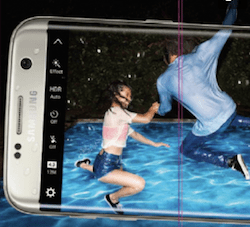 Australia’s consumer watchdog is suing Samsung for making “false, misleading and deceptive” claims in its advertising. The Australian Competition and Consumer Commission (ACCC) has alleged the company made misleading representations about its water resistant Galaxy mobiles.

“The ACCC alleges Samsung’s advertisements falsely and misleadingly represented Galaxy phones would be suitable for use in, or for exposure to, all types of water, including in ocean water and swimming pools, and would not be affected by such exposure to water for the life of the phone, when this was not the case,” said ACCC chairperson, Rod Sims.

The ACCC said the life of the handsets could be adversely affected if used in water, and that they were sold at a higher price than models without water resistant features.

For the full story, check out The Drum here.