Awards Wrap: 2019 Loeries winners, How to win an AMASA Award, Digital Out of Home Awards

Winners from the 2019 Loeries

For over 40 years, the Loeries has been pushing, championing and sharing creativity and innovation. It’s not just an award. It’s about recognising creative brilliance. Now the winners of this year’s Loeries have been unveiled.

Hoorah Digital was awarded a Silver Loerie for the World Wide Fund for Nature (WWF) campaign ‘For Nature. For You.’.

Driven by data insights, Hoorah Digital developed a digital launch that spanned email, social media, paid social, and also owned and earned media. The campaign was so successful that the consultancy achieved its annual targets in under six months with a 245% increase in digital revenue for the WWF. Core sizes were sold out within three months.

“We needed to break tradition,” said Shaune Jordaan, CEO at Hoorah Digital. “That is why we created an eco-commerce platform that produces shared value by generating a new source of revenue for WWF and its partner, K-WAY.”

Simon Spreckley, Hoorah’s executive creative director said: “Through this campaign, we managed to turn WWF into a fashion e-tailer with a difference. Customers were enabled to change the world by changing their wardrobe with a WWF signature range of fully recycled apparel.”

Advertisers and agencies could enter a single entry, comprising a bumper ad or multiple bumper ads (eg a series of bumper ads that together tell a story), or a campaign entry featuring at minimum one skippable TrueView advert (minimum seven seconds, maximum any length video advert) and a minimum of one bumper advert (six-second non-skippable video advert).

“For advertisers, this means there is a huge, addressable market that they can target with ads specifically tailored to take advantage of digital video platforms like YouTube, and the benefits they offer,” Nwaila said.

These benefits include the ability to use ad formats to tell creative stories, make ads as long or as short as advertisers like, take viewers along a journey and drive key actions beyond just the view.

The wins were for Cancer Dojo, Nando’s and Edgars and places VMLY&R in the top six South African agencies for number of awards won at Loeries 2019.

The recently rebranded agency knows that consumers care less and less every day about advertising that is irrelevant and interruptive, which is why it creates campaigns that really engage with the customer in a culturally relevant manner.

The ‘Don’t tell me what to do’ campaign created for Edgars reconnected the 90-year old department store to culture and shifted it from pedestrian to dynamic, making it impossible to ignore. In the process achieving a 533% increase in positive brand sentiment and contributing to the iconic brand shifting back to profitability after a decade of decline.

Work that has real purpose is the Mandala Project for Cancer Dojo, supporting and helping cancer patients to play a positive role in their treatment. Merging the ancient Buddhist practice of sand mandalas and the science of Psychoneuroimmunology, a series of interactive posters were designed that enabled patients to interact positively with parts of their body affected by cancer, letting them play a role in their own healing.

The campaign won a Gold award in the Shared Value category, at the Loeries Awards.

Through the story of Jealous Tshwala, who was able to purchase his first home in Karino Estate, one of OMAI’s Housing Impact Fund developments, we come to understand the important role of impact investing in solving some of our key development challenges; and the potential that exists for business to create financial returns alongside social outcomes.

#SAINC is a 20-part series airing on local TV channels and across all social media with the objective of changing the narrative in South Africa to highlight and celebrate the country’s successes and achievements. It’s designed around a campaign of proactiveness in shifting the conversation and cutting out the negative clutter in the traditional media space. 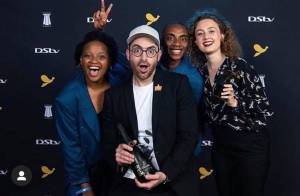 The Facebook Challenge gives students the opportunity for students to showcase their creativity by working on a digital campaign concept for a worthy cause or non-profit organisation. This forms part of Facebook’s commitment to supporting the development of young African creative talent and building digital skills in the marketing and advertising sector.

This year, Facebook partnered with UN Women to raise awareness around the HeForShe gender equity campaign. Students were challenged to create a powerful, mobile-first Stories ad campaign for HeForShe to help further the cause of gender equality.

Securing gold place, the ‘Know her name’ campaign from the Vega students is a mobile campaign that showcases the accomplishments of female sports stars to set a new precedent for equality in the treatment of men’s and women’s sport

The bronze winning Mandela University students, created a campaign which sought to ‘change the conversation’ and highlight how gender inequality exists not only in the violent and extreme cases, but in the everyday language that we use and the ideologies we feed children. Aimed at men, it encouraged them to take a stand and to call each other out for acts of toxic masculinity, big or small.

How to win an AMASA Award

These awards, established in their current format in 2014 by Advertising Media Association of South Africa, are intended to recognise media work that “demonstrates effectiveness, innovation, strategic thinking and executional excellence” and to inspire and motivate media talent to reach international standards. This is the opportunity for media agencies to demonstrate the value the media discipline can bring marketers’ business. The dividends for winning agencies are heightened agency profiles, increased clout and credibility and the ability to a attract staff and clients. Wining is a powerful career boost for individuals.

But how does one go about winning an AMASA Award? What are some of the characteristics that a campaign needs to be considered worthy of this award? Britta Reid attended an AMASA win workshop, during which the industry body shared advice and recommendations. You can find this advice, here.

Digital Out of Home Awards entries

The Digital Out Of Home Awards honour the most creative, innovative and effective communications in digital out of home media. Recognition is given to the best work in out of home venues, innovative work by vertical industries and the best uses of the platforms themselves.

The entry deadline is 9 September at midnight, EDT.

The Award Ceremony will take place on 15 October in New York City at the DPAA Video Everywhere Summit.

You can find out more, here and to enter, click here. 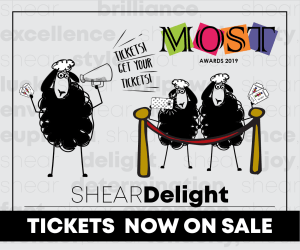 The media party of the year is almost upon us, as the 11th annual MOST Awards takes place on 10 September at The Wanderer’s Club.

Don’t miss your chance to network with industry leaders and recognise and reward the best sales teams from media owners and media agencies.